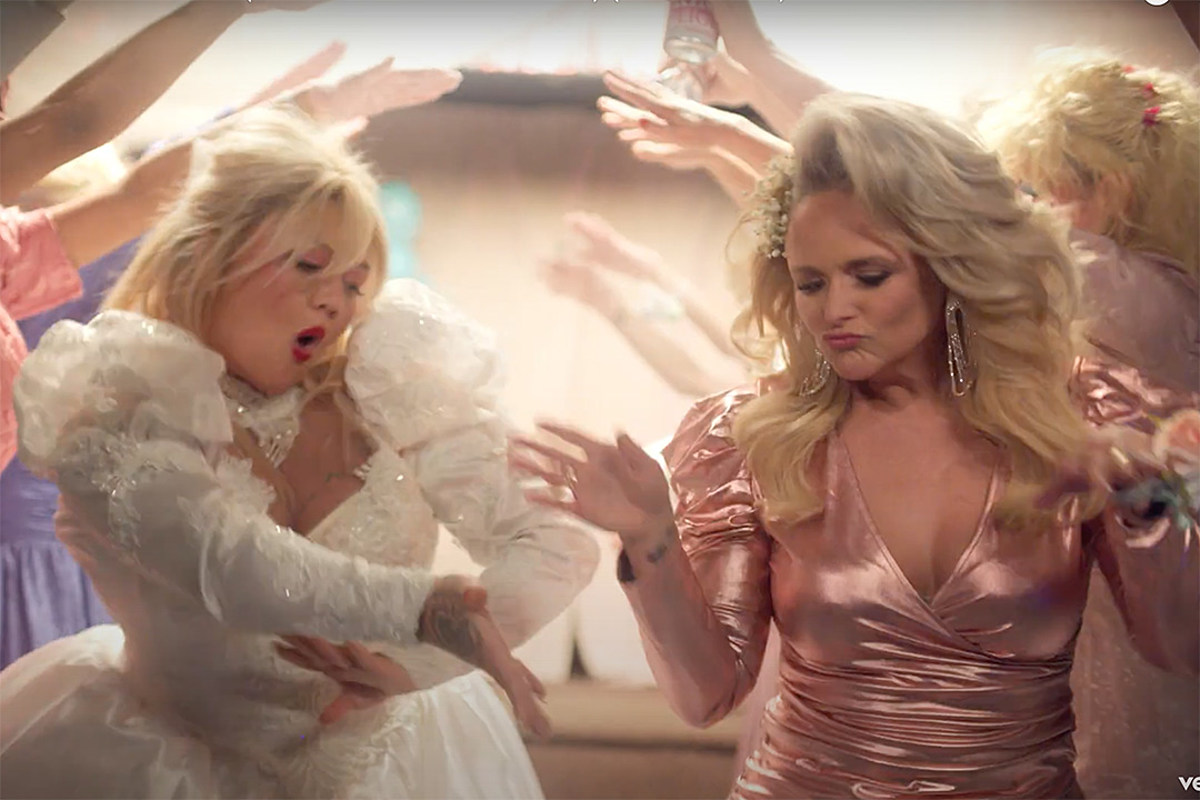 Miranda Lambert and Elle King are at the center of a raucous wedding in the music video for their new collaboration, “Drunk (and I Don’t Wanna Go Home).” The twosome travel back to 1986, to King’s imaginary wedding day.

King and Lambert kick off the special day with a cigarette and beer next to an old truck adorned with mint green balloons and sitting outside the chapel. Throughout the video, they transition from bride and maid of honor, respectively, to wedding singers who compel you to chant, “Baby, I’m drunk and I don’t wanna go home,” right along with them.

Lambert, disgruntled with her date, takes matters into her own hands by spiking the punch bowl with a bottle of vodka. It doesn’t take long for the other guests to get tipsy after a few sips of the concoction, and they light up the dance floor with their big hair, caked-on makeup and ’80s outfits galore.

The former tourmates teased the collaboration on social media days before it was officially released on Friday (Feb. 26). King opened for Lambert on her 2019 Roadside Bars and Pink Guitars Tour and appeared on the ACM Award-winning “Fooled Around and Fell in Love,” recorded by Lambert, King and fellow opening acts Maren Morris, Caylee Hammack, Ashley McBryde and Tenille Townes.

“I’m such a huge Elle fan. She was on the road with us for the Roadside Bars and Pink Guitars Tour and it was all girls and we just became really good friends,” Lambert tells Taste of Country Nights about the collaboration. ”I think it’s just a great song. I don’t think anybody cared about where it fit because it was fun and great. I think she’s kind of one of those artists that can do all of it. She sort of fits in wherever she fits in.”