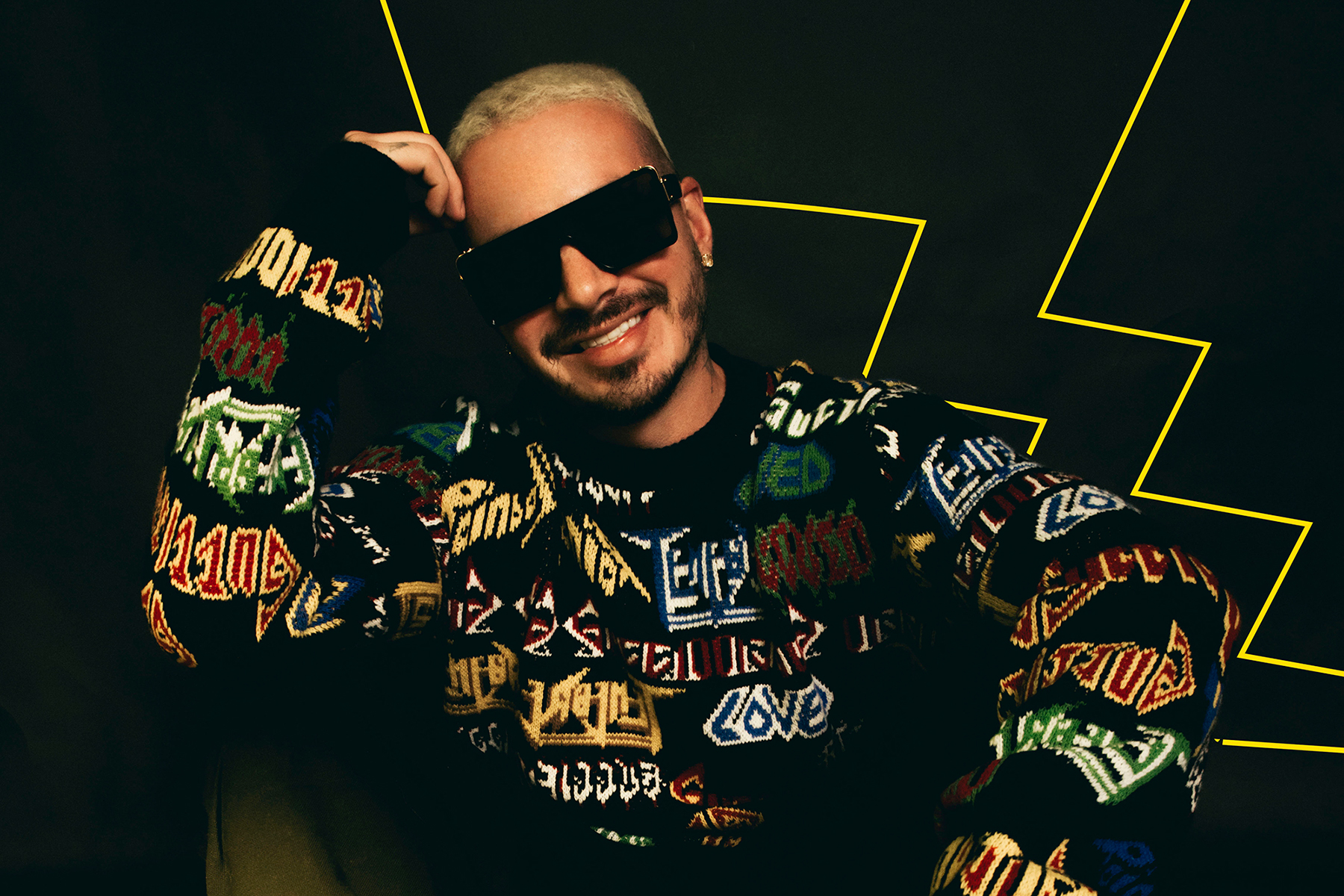 J Balvin has new music coming out soon, and so does The Pokémon Company.

At the end of the Pokémon Day 25th anniversary virtual concert Saturday (February 27th), headlined by Post Malone, a somewhat ambiguous end card appeared on screen with Balvin and Katy Perry’s names. Rolling Stone has learned that both Balvin and Perry — who was announced as the face of Pokémon’s celebratory P25 campaign in January — are creating original songs as part of a 14-track album called Pokémon 25: The Album. It will include music by 11 different Universal Music Group (UMG) artists and be released by Capitol Records in the fall.

On the phone with Rolling Stone from Miami, Balvin said that his song isn’t done yet, but it’s close. The reggaeton superstar added that he just can’t stop sifting through sounds from Pokémon games and TV episodes, trying to create a smash single that will appeal to fans of both his and Pikachu’s worlds. “We’re gonna come up with a crazy song. It’s going to catch everybody’s ear,” Balvin tells Rolling Stone. “It’s easy to make a Pokémon song if you just want that fan base, but we’re not close-minded. We want everybody to vibe with Pokémon.”

Lady Gaga’s ‘Born This Way’: Much Better Than ‘Express Yourself’

Fans already assumed Perry had a song up her sleeve when a promotional clip included her voice singing the word “electric,” but it wasn’t official until now.

The album news comes two days after Post Malone dropped a cover of Hootie and the Blowfish’s “Only Wanna Be With You,” one of the compilation’s 14 songs. “I’ve always been a fan of the band and Darius, [this song is] one of my favorites, and it was super fun to cover,” Post Malone told Rolling Stone in a statement. “The song was released 25 years ago, which also happens to be when Pokémon got its start.”

Rolling Stone was not able to reach Katy Perry in time for this story, but Anton Monsted — executive vice president of soundtracks and A&R at Capitol Music Group, who’s spearheading the project — says he heard an early demo of the song while it was still in development, and emphasizes that he immediately wanted to play it on repeat: “That’s the sign that you’re sitting on something awesome. And it’s a very ‘Katy Perry’ song.” He says fans don’t need to understand the Pokémon connection to enjoy it. “Katy Perry radiates the joy and playfulness that’s synonymous with the Pokémon brand,” said J.C. Smith, Senior Director of Consumer Marketing at The Pokémon Company.

Perry, Balvin, and one other superstar, whose identity is still under wraps, have P25 music videos on the way, as well as “exclusive merchandise collection(s) celebrating each artist and Pokémon in its 25th anniversary year.” There’s not a lot of additional information about the other songs, but UMG representatives have confirmed that Post Malone did the only cover. The rest of the album will be filled with originals by “some of the buzziest new artists from around the world.”

When asked specifically if artists from Asian territories were involved, especially given that The Pokémon Company is a Japanese company, representatives were unavailable to comment. 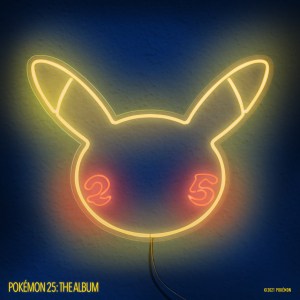 Balvin describes Pokémon as a religion for many. “In a beautiful way… They love it, they know what they want, and they know every single detail about the game,” he says.

“It’s easy to make a Pokémon song if you just want that fan base, but we’re not close-minded. We want everybody to vibe with Pokémon.” — J Balvin

He expects that his song, which is being produced by close collaborators Tainy and Sky, will be finalized in the next couple of weeks. Balvin explains that he’s being very careful with the process. He wants to honor the core fanbase, while still making the song relatable to the masses — and, of course, cool. He wants people to hear the song out of context and be blown people away when they figure out the connection.

Balvin says his involvement isn’t “just business.” Born in 1985, he was 10 or 11 when the franchise launched. He fondly recalls playing Pokémon games on his grey Gameboy and learning more about the characters’ personalities through the TV show. “I would never do something that doesn’t translate to my identity,” he says.

Balvin was originally approached to create the song last year, but he says “the vibe was just so wrong” during intense Covid-19 lockdowns and the social and political protests that shook up the world in 2020. (He even contracted the virus himself, and it took him about three months to feel back to normal.) “We were just like, ‘Let’s start from scratch in 2021 and do it right,’” he recalls.

The song’s lyrics are fully in Spanish, and Balvin is thrilled about that: “The globalization of our music in Spanish is getting bigger and bigger.” He says he hopes the Spanish-language song ends up being the biggest on the record, and the thought of what that would mean to the Latin community motivates him.

With this music and other projects he’s currently working on, Balvin says he’s “looking for different ways to elevate not just me but our culture and lifestyle,” adding that he loves stretching different creative muscles. (Another Nike Jordan isn’t out of the question, for example.) “I’m trying to find ways to connect to the world, knowing the situation the whole world is going through. We have to connect to the people,” he says.

“Exploring, meeting a diverse group of people and Pokémon, overcoming obstacles, and working together to achieve something great, are core elements of Pokémon,” says The Pokémon Company’s Smith. “Early on, our creative discussions focused on finding artists that were fun and exuded the feeling you have when you escape to the Pokémon world.”

Capitol’s Monsted points out that the project is uniquely both a soundtrack and not a soundtrack. “What we’re doing is a little unusual… it doesn’t relate back to a singular film experience. We are reflecting back the values, the ethics, and the feel of the Pokémon world through these songs. And I think each one is going to build on top of the other to tell a story.”

He says Capitol worked with The Pokémon Company on developing “a creative brief” for the artists for several months. “We wanted to give them maximum creative freedom to create something that is uniquely their interpretation… And at the same time, you need to put in place some sort of parameters. I know this as a creative person. If someone says, ‘Go and write me a story. Here’s an infinite amount of time and blank pages. Just go and do something nice,’ I’ll never do it.” With the brief, he used a similar approach that he has for commissioning songs for films. Ultimately, the album will reflect “different genres and different points of view,” while focusing on universal concepts like “the positive embodiment of competition, growth, and training yielding results.”

Monsted adds that having a history with Pokémon was an important factor. He says Capitol was blessed with ample time, which is hard to come by in his business, allowing his team to do research and vet the artists in consideration for this project. “If we weren’t finding the organic, real-life relationship between artists and Pokémon, what I fear we would end up with is a compilation record that doesn’t relate back to the world,” he says, pointing out that audiences are adept at sniffing out inauthenticity. “We have to show that respect to the audience or they’re not going to believe in us the next time.”

When it came time for the creation process, the final artists were geographically spread out and united by technology. “We’ve got digital recording very much on our side,” says Monsted, who confirms that the artists had to rely on Zoom and FaceTime to get this project across the finish line.

Submitting music and releasing is just one of multiple finish lines, too. P25 is a “year-long, always-on activation,” according to Monsted, with different types of experiences and surprises in store.

When asked if The Pokémon Company has plans to use music from the album in future Pokémon projects like TV shows, movies, advertisements, events, or games, Smith explained that the songs were intended to be a “capsule celebration” during the 25th anniversary: “While other uses aren’t planned at this time, Pokémon is full of surprises, so I can’t say we won’t think of something.”