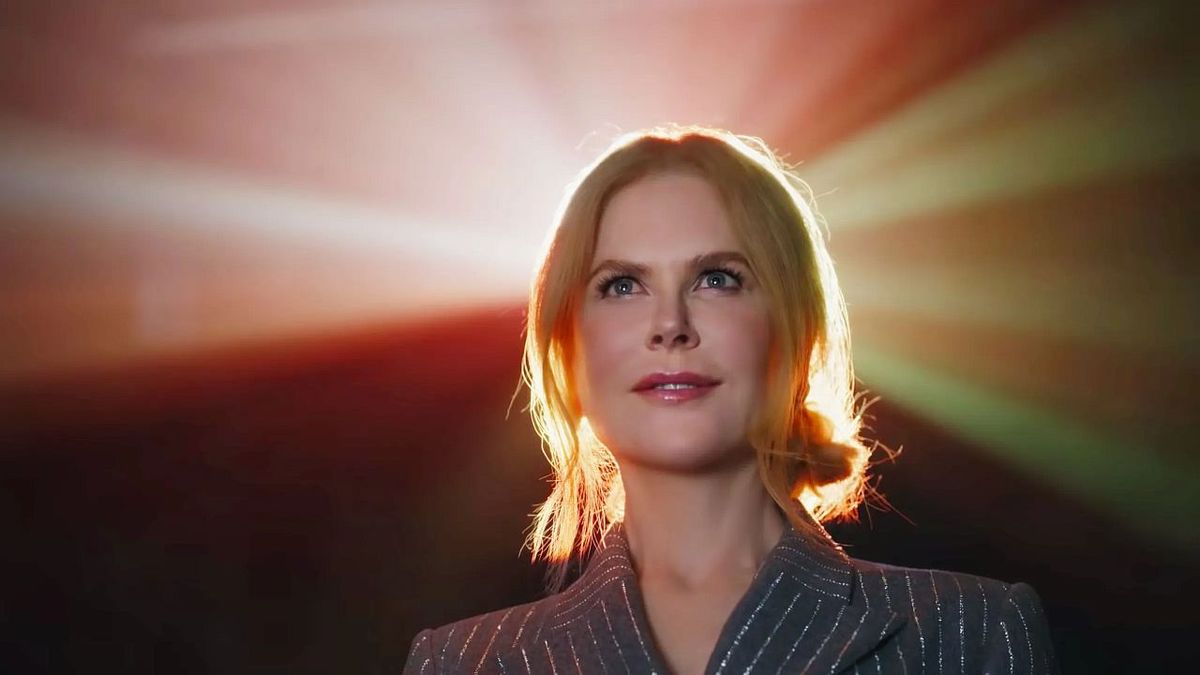 There have been some iconic moments in the cinema post-pandemic. Movies like Spider-Man: Far From Home and Top Gun: Maverick have been blockbusters that have brought people back to the theater in droves. However. If you watched those films in an AMC theater, then you likely saw something that has been even more iconic, Nicole Kidman’s ad for the theater chain that celebrates movies. And fans are losing their mind because we’re going to get more.

A piece in Vanity Fair, that reveals that the AMC ad was written by Billy Ray, the screenwriter behind The Hunger Games and Terminator: Dark Fate, also reveals that Ray has written a second ad for the theater chain that will also star Nicole Kidman, and fans  on Twitter are here for it.

Me sitting in the theater for Nicole Kidman AMC Ad 2 pic.twitter.com/63FJPjJHSASeptember 1, 2022

Something about the commercial that celebrates the cinematic experience touched a nerve with movie fans. The ad has become a meme of its own and has spawned multiple parodies. The ad is incredibly earnest, perhaps even a bit too much, but whether movie fans truly love it, or love to laugh at it, one can’t argue that the ad hasn’t had an impact.

At the end of the day, people know this ad very well, and so it has done its job. Even if you haven’t been back to an AMC theater in the last two years, or don’t go to an AMC theater regularly, you are likely aware of this ad. It has certainly successfully promoted AMC Theaters. It’s possible that some people have even visited AMC specifically to see the ad. Even if they go to laugh, AMC still gets their money.

Fuck a sequel, Nicole Kidman’s AMC ad deserves a prequel. Did she buy the tickets on Fandango? Did she get blasted with the girlies at the little mini bar downstairs? Did she stop by Chipotle to sneak in a whole burrito at the theater? I need to know these things.September 1, 2022

The second ad is already written, and while Billy Ray says it takes a “very different approach,” it will also reference the ad that came before. And of course, it will include Nicole Kidman. Billy Ray says she asked him to write the first ad and he wouldn’t do the second one without her.

For the @AMCTheatres promo sequel, I’d like to see a packed audience watching the first promo and cheering at the “heartbreak feels good in a place like this” line. Then Nicole Kidman walks off the screen and says, “See, I told you we come to this place for magic!” pic.twitter.com/iFjqDqiCQ3August 31, 2022

Maybe it’s a sign of just how much we all missed movie theaters that an ad like this is getting such play. Having said that, not everybody is excited by the second ad coming up. While plenty of people think the ad is a bit over the top, not everybody thinks that’s what is so great. Some seem to legitimately dislike it and are not looking forward to more.

@AMCTheatres pleaseee. no more Nicole Kidman. No one asked for a second ad… we would rather watch living snacks dance across the screen or an additional preview or even better that rollercoaster ride where the popcorn pops before the drop. pic.twitter.com/pRJfmmYPq3September 1, 2022

Whether the second AMC ad becomes a phenomenon like the first will certainly be interesting to see. Almost certainly when it arrives people are going to want to check it out and see it, and few ads have been able to achieve that level of success. It will have high expectations to live up to, and if it doesn’t meet them it will be heartbreaking. But hopefully even the heartbreak will feel good.

Lea Michele Pokes Fun at Rumor She Can’t Read While Parodying Kim Kardashian on TikTok
British Designers Honour the Queen + More Viral Moments from London Fashion Week
Khloé Kardashian Shared a Sweet Behind-the-Scenes Look at Her Baby Son’s Birth
LGBT+ Conservatives urged to pull branded condoms ‘as a favour’ to Liz Truss, leaked emails suggest
Willow Smith Doesn’t Want To Talk About The Oscars Incident, But She Does Get Candid About Her Relationship With Parents Will And Jada