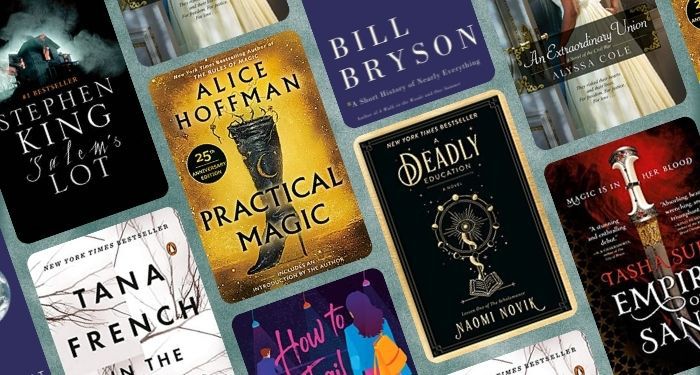 A Gentleman in Moscow by Amor Towles for $4.99

For colored girls who have considered suicide/When the rainbow is enuf by Ntozake Shange for $1.99

Bury My Heart at Wounded Knee by Dee Brown for $1.99

The Little Friend by Donna Tartt for $1.99

Make Your Home Among Strangers by Jennine Capó Crucet for $2.99

The Memory Police by Yoko Ogawa for $1.99

A Lady’s Guide to Mischief and Mayhem by Manda Collins for $2.99

Constance by Matthew FitzSimmons for $1.99

American Cheese: An Indulgent Odyssey Through the Artisan Cheese World by Joe Berkowitz for $1.99

Rabbit Cake by Annie Hartnett for $1.99

Middlegame by Seanan McGuire for $2.99

The Water Dancer by Ta-Nehisi Coates for $4.99

Here We Are: Feminism for the Real World by Kelly Jensen for $1.99

The Care and Feeding of Ravenously Hungry Girls by Anissa Gray for $4.99

The Japanese Lover by Isabel Allende for $1.99

Jackaby by William Ritter for $1.99