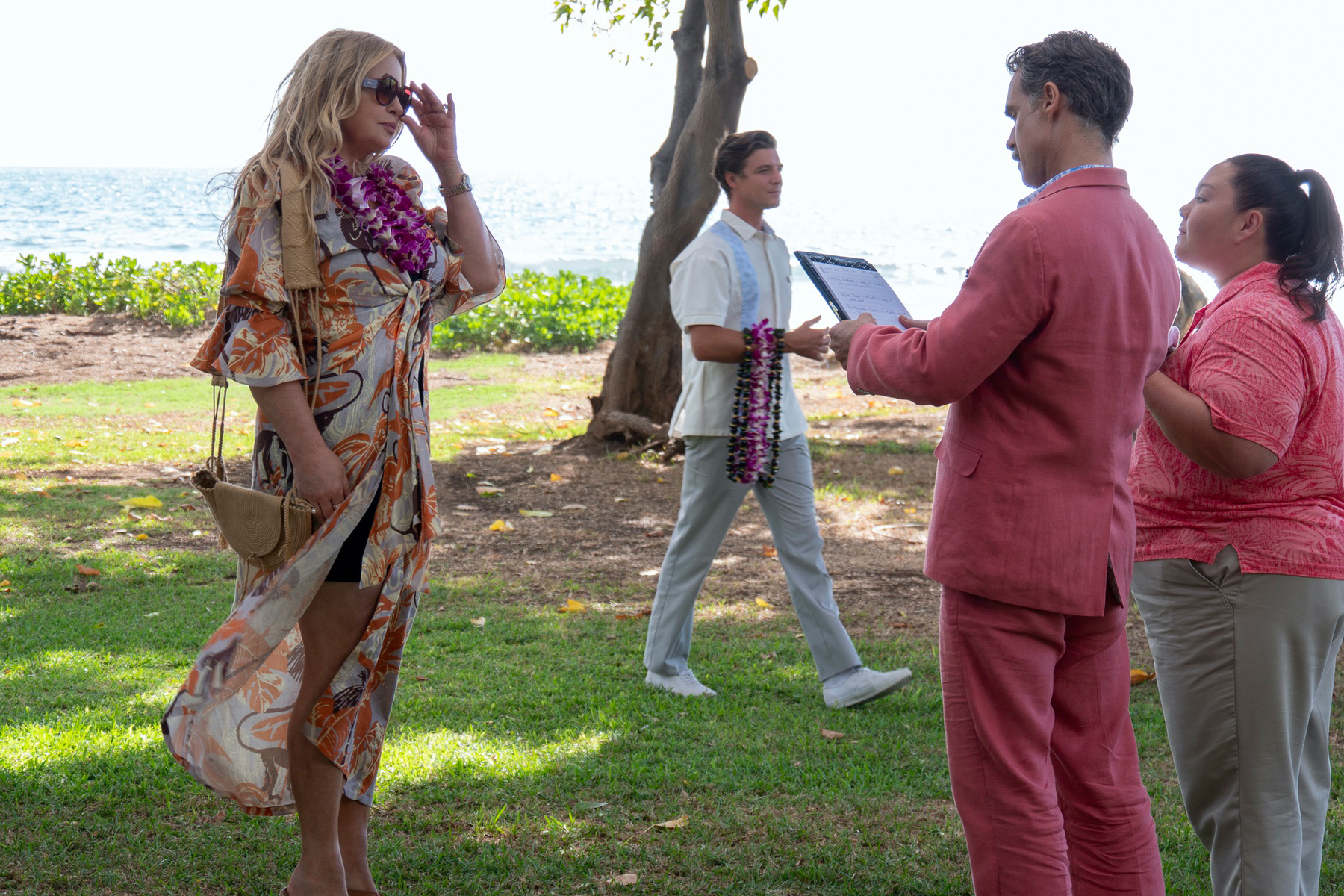 As resort manager Armond (Murray Bartlett) prepares to greet the latest VIPs at the Hawaiian hotel that gives the HBO miniseries The White Lotus its title, he explains to a new employee, “You don’t want to be too specific, as a presence, as an identity. You want to be more generic.”

This is advice the show’s creator, Mike White, has been able to follow at certain points in his career, as the writer of broadly commercial films like School of Rock. That’s an excellent movie, but one where you could paste one of a few dozen different names over White’s in the credits and it wouldn’t feel surprising. Then there’s the other half of his resume, including indie films like Year of the Dog and Brad’s Status, or his previous HBO dramedy Enlightened, where his presence as writer and director couldn’t be more specific or palpable if he tried.

The Weeknd to Develop and Star in HBO Series ‘The Idol’


‘Betty’ Season 2: This Female Skate Crew Is Still on a Roll

The White Lotus is one of those: frequently uncomfortable, sometimes poetic, occasionally hilarious, and deeply idiosyncratic throughout. (It also, like Enlightened, memorably features a large tortoise.) Superficially, it seems like an art-house take on The Love Boat, following three sets of wealthy guests — lonely Tanya (Jennifer Coolidge); entitled Shane (Jake Lacy) and his newlywed wife Rachel (Alexandra Daddario); and high-powered executive Nicole (Connie Britton), toting anxious husband Mark (Steve Zahn), frustrated son Quinn (Fred Hechinger), toxic daughter Olivia (Sydney Sweeney), and Olivia’s friend Paula (Brittany O’Grady) — as they work through their personal problems with the help of staffers like Armond and spa manager Belinda (Natasha Rothwell). But it’s really a dark satire of class in America, and the ways that the ultrarich use up people like Armond and Belinda and spit them out, often because it’s an easy way to feel secure in one’s privilege.

Enlightened starred Laura Dern as a superhumanly exasperating person who was genuinely trying to make the world a better place, a setup designed to challenge the audience’s sympathies, particularly whenever she came into conflict with people who were more cynical but easier to be around. Here, White is unquestionably on the side of the resort staff, though he throws residual kindness towards some of the more vulnerable visitors like Paula (the only person of color among the main guests, and conscious she’s traveling on her friend’s mother’s dime) and Rachel (from a more modest background and wary of becoming Shane’s trophy wife). 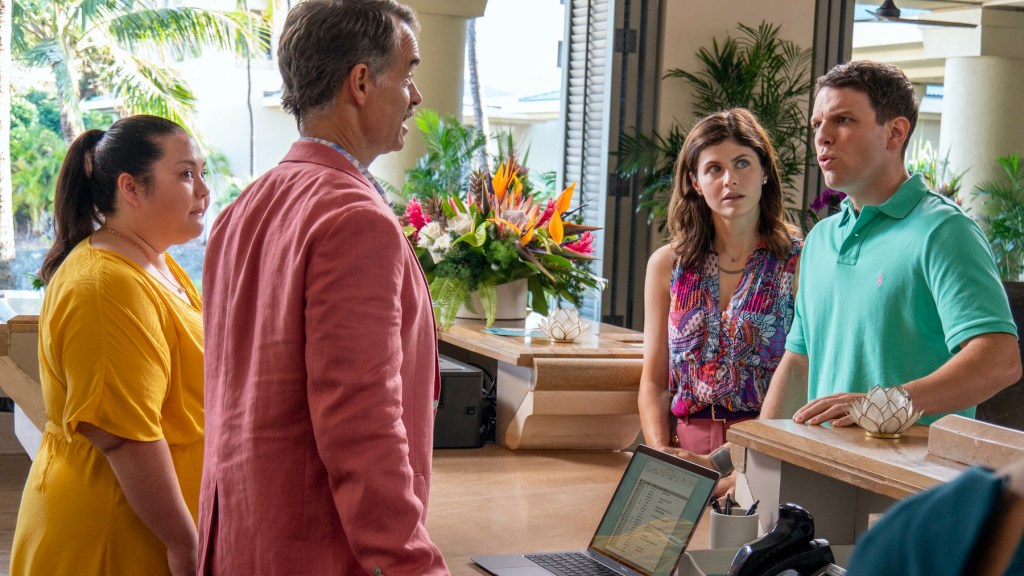 This can make it tough to spend so much time in the company of the blithely cruel one-percenters, even if the impeccable cast embodies them so well. (Lacy and Sweeney are note-perfect playing two distinct but related variants of smug assholery, while Zahn and Britton zero in on a familiar brand of privileged obliviousness, where it would never occur to them that they’re awful.) But it also helps fuel the slow-simmering comedy, particularly in the feud that builds between Shane and Armond over Shane winding up in an ever-so-slightly less swanky room than the one his mother booked. (Looking alum Bartlett, working in his native Australian accent, makes a meal out of the phrase “the Pineapple Suite” each time Armond is forced to say it.) Every time you’re ready to throw up your hands regarding, say, Mark’s multiple strains of self-pity, Zahn will plunge headfirst into a funny scene where Mark wildly overshares about his sex life.

The heart of the miniseries, comedically and emotionally, is the bond that develops as Belinda helps Tanya work through the recent loss of her mother, while Tanya in turn raises Belinda’s hopes of starting up her own wellness business. The two are genuinely connecting on some level, but the power imbalance between them is always tangible, like a time bomb tick-ticking underneath a table, just waiting to explode at the worst moment. That the great Coolidge can be jaw-dropping and hilarious while bellowing like a whale is not a surprise at this phase of her career; that she can be so human and complex while doing so feels almost unfair, as if she’s been acting with one hand tied behind her back until now.

Not every character gets as much shading as Tanya, making White Lotus feel a bit slighter than some of its creator’s other work. But it’s a welcome journey back into very specific territory for both White and HBO.

“Chucky” in Space? ‘Child’s Play’ Creator Don Mancini Jokes About the Possibility
Interview: Yola Asks to Come Together With ‘Stand for Myself’
Teenage football fans arrested over vile homophobic hate: ‘It will not be tolerated’
South Korean military refuses to drop case against tragic trans soldier
Adele Shatters Single-Day Streaming Records With ‘Easy on Me’