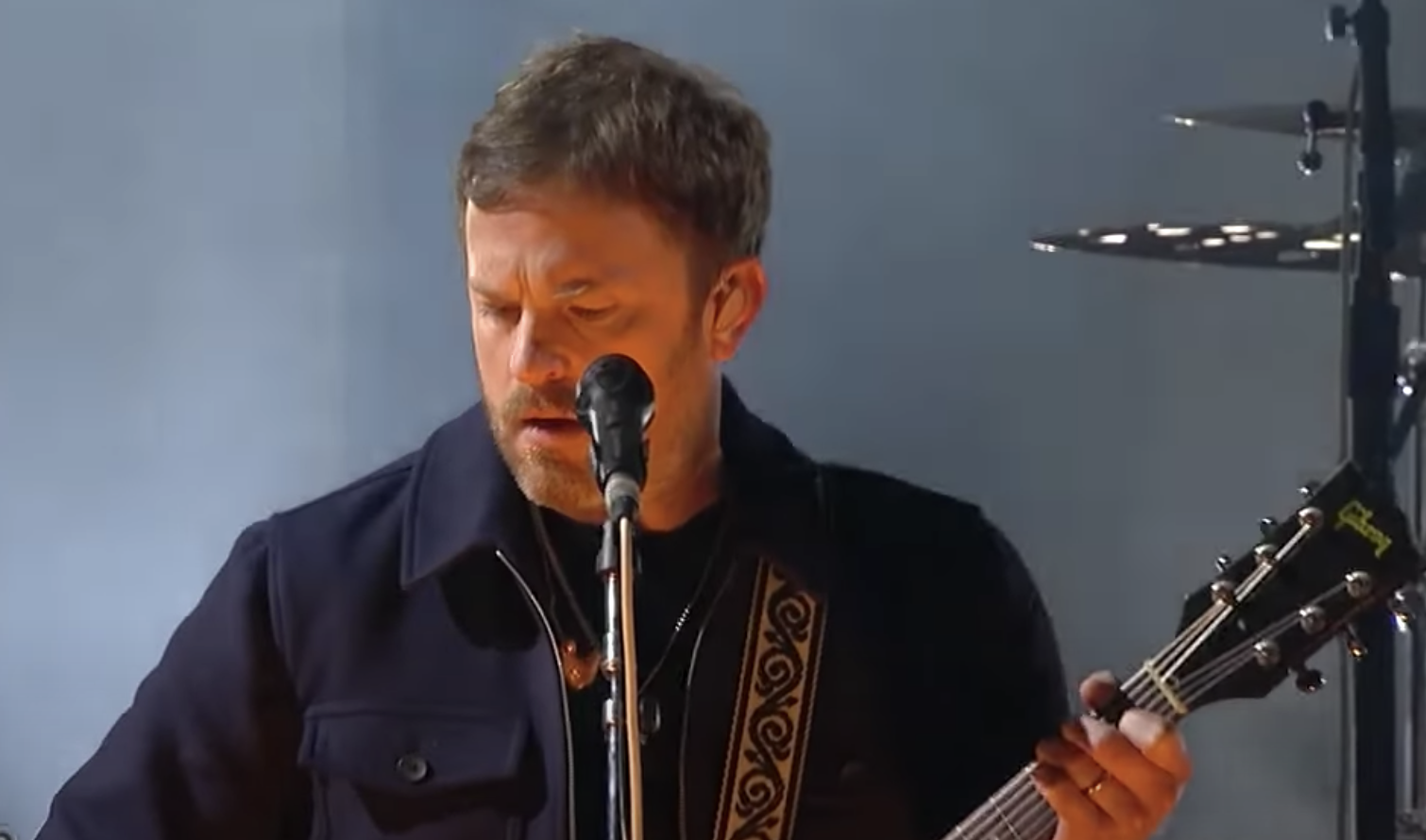 Kings of Leon made a virtual appearance on Jimmy Kimmel Live to showcase their recent track “Echoing.”

Performing from the NFL Draft in Cleveland, the band offered a raucous version of the song complete with full stage production. The performance offers a glimpse of what their upcoming live shows might look like.

“Echoing” comes off Kings of Leon’s most recent album, When You See Yourself. The band  stopped by The Late Show to showcase album cut “The Bandit” last month and marked the album’s arrival with a music video for “Stormy Weather.” The album, produced by Markus Dravs, is their eighth full-length and first new album following a five-year hiatus.

Kings of Leon are the first artist of their stature to release new music in the form of a non-fungible token (NFT), which utilizes blockchain technology to create unique packages. Dubbed “NFT Yourself,” the album is offered in three packages: One type is a special album package, a second type offers live show perks like front-row seats for life, and a third type is just for exclusive audiovisual art.

Kings of Leon are slated to headline at Eddie Vedder’s Ohana Festival, which has been rescheduled to September 2021. The band is also scheduled to perform in the U.K. in June of 2022.