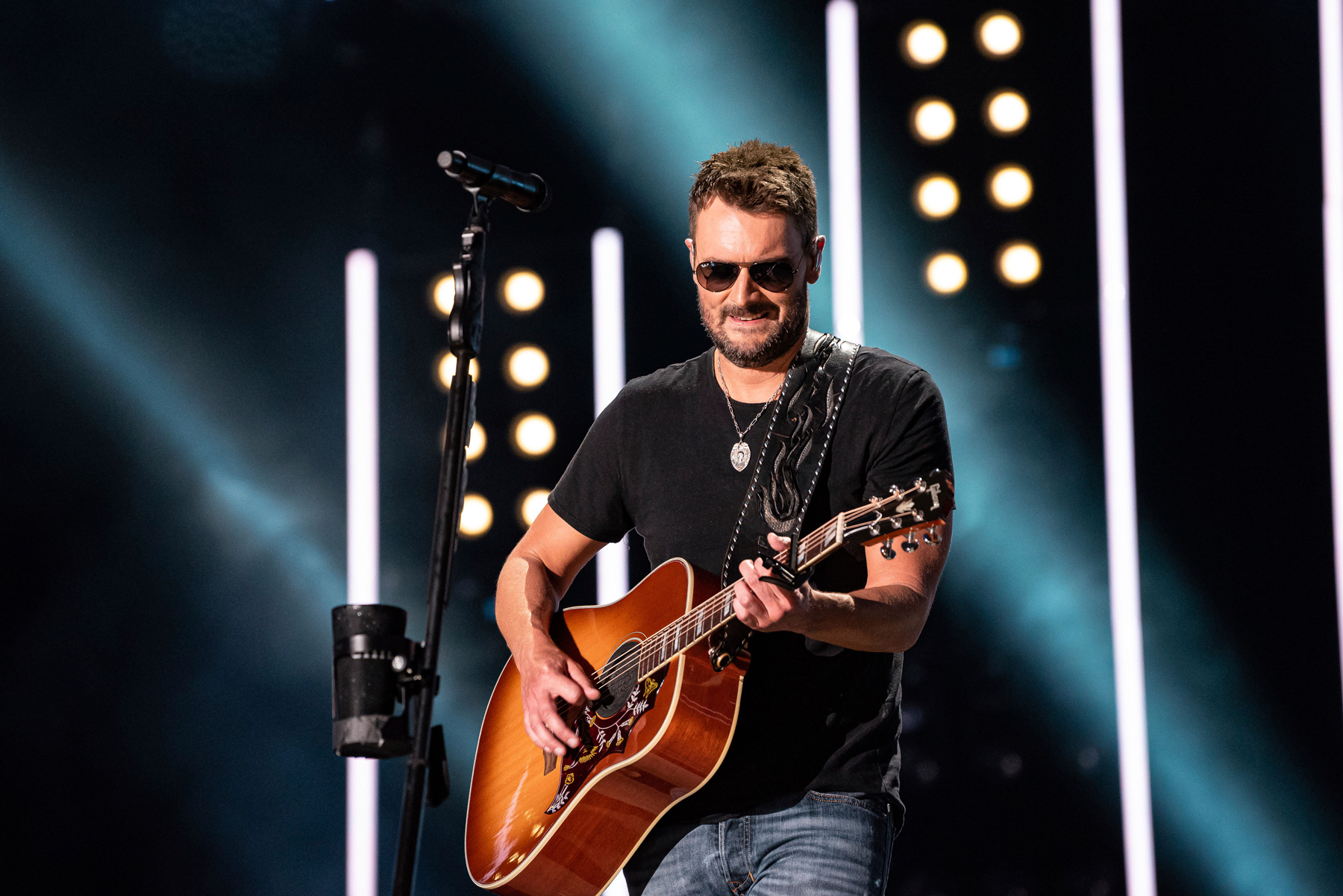 Eric Church will give one of the biggest performances of his career on Sunday when he sings the National Anthem at the Super Bowl alongside Jazmine Sullivan. Today, Church made it clear that he doesn’t want it to be his only performance of 2021.

“Hey guys, we are working on a North American tour,” Church said in a video statement to fans. “We’re waiting for the right timing to officially announce all the details, but I want you to know that a tour is coming, and we are very excited to play new music for our old friends… I cannot wait to see you on the road.” In a press release, Church’s team said the statement was also intended to offer “reassurance that live music will indeed return in 2021.”

Church last hit the road in 2019 with the ambitious Double Down Tour, where he played two nights in each city with completely different setlists. Some shows stretched past two hours and included covers ranging from “Save the Last Dance for Me” to “Jolene.” “We’ve had a lot of hit songs,” Church told Rolling Stone in 2018. “But I hope ‘different’ is a word for me. If you look at our writing and what we’ve recorded, I hope people go, ‘Man, that guy did it his own way.’”

Church recently the ambitious three-LP set Heart & Soul. Spanning 24 tracks, the albums will be released over a week in April: Heart on April 16th, one titled & on the 20th, and Soul on April 23rd. Church said the albums “came out of my 28 days in the mountains of North Carolina where the songs were recorded and written….It’s been a long 10 months. With the power of music and love for each other, we will get through this.” Church also called the music “the very best we’ve ever made.”

On Friday, Church released the new song “Lynyrd Skynyrd Jones,” a ballad packed with classic rock references about family and the passage of time. “Lynyrd Skynyrd Jones’ was such a tough one for us to get, but it ended up as one of my favorite performances of my career,” Church said in a statement.

Right now Church is focused on Sunday’s Super Bowl performance. “It’s a 10 degree of difficulty off the high dive,” Church told the Tennessean. “It’s tough. But I’m excited to go do it.” After the game, Church will also perform as part of Verizon’s “Big Concert for Small Business” benefit, streaming live at 11 p.m. ET.

Country Music Memories: Waylon Jennings Earns First No. 1 Song
The Best Summer Songs of All Time
‘The Invitation’ – Sony’s ‘Dracula’-Inspired Horror Movie ‘The Bride’ Gets New Title and August Date
This $9 Anti-Chafe Balm With 23,800+ 5-Star Reviews is the Summer Essential You Need To Prevent Chub Rub
My Life Was So Broken That I Pawned My Olympic Gold Medal