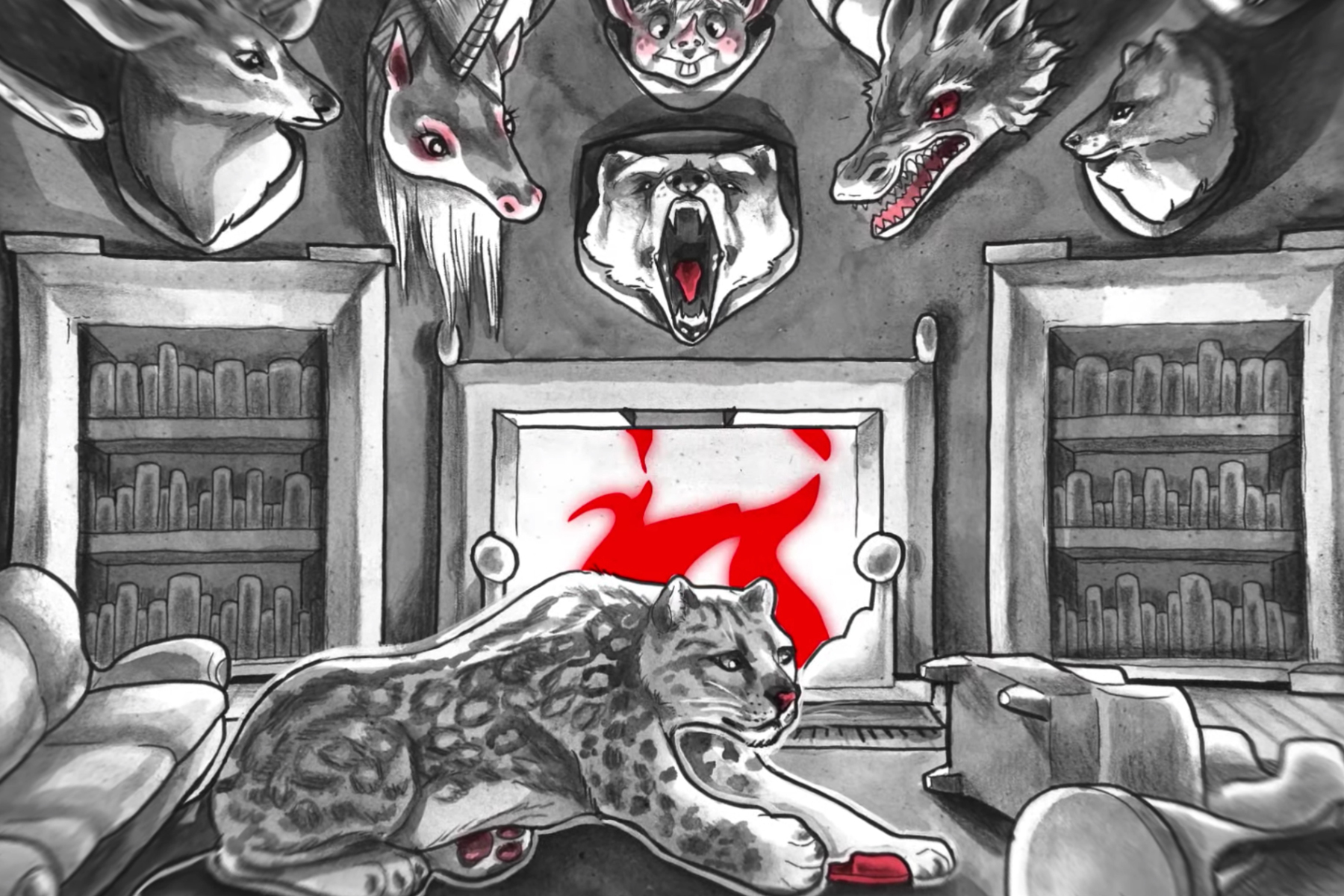 The video, directed by Noah Sterling, features several looping animations ranging from a more innocuous image of a family sitting by the fire watching TV with pets (and raccoons and a docile cougar), to creepier shots of demons emerging from the walls and a slender man-like figure readying dinner in its Christmas-themed cave. Fitting the band’s notorious color-coded aesthetic, the video only features black, white, and red (and gray).

This isn’t the duo’s first time commemorating Christmas; the White Stripes previously released Merry Christmas From the White Stripes, which featured “Candy Cane Children” along with a reading of “The Gift of the Magi” and Meg White singing an a cappella rendition of “Silent Night.” Matching Jack White’s obsession with the number three, the band printed 333 red vinyl copies for a limited edition in 2010.

The White Stripes — who broke up in 2011 four years after the band’s last album Icky Thump — released their Greatest Hits album in December, featuring 26 songs from the band’s six albums, rolling out the release with several music videos and previously unreleased performances. They also promoted the album with a crossword puzzle to reveal the compilation’s tracklist.