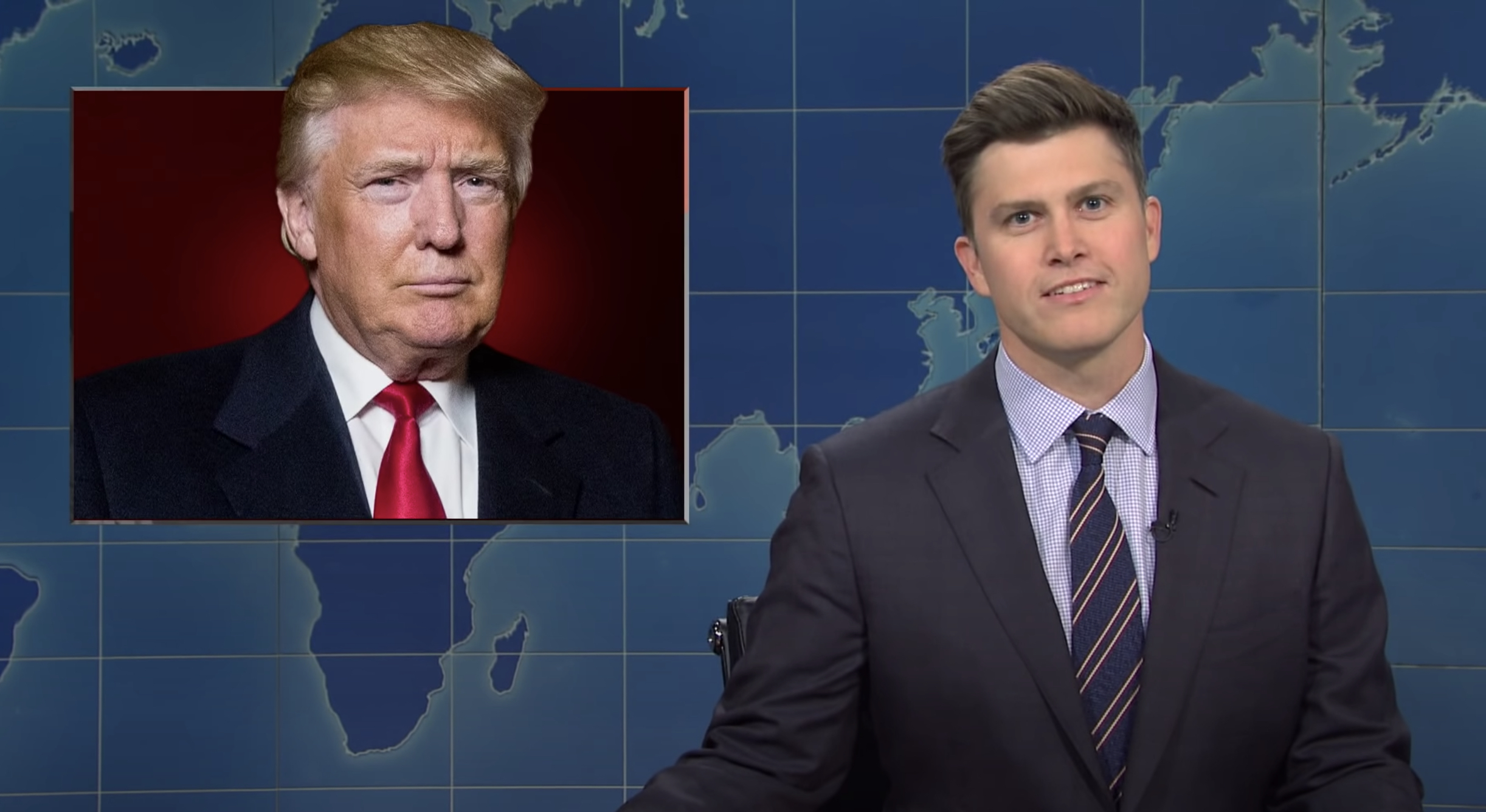 For Saturday Night Live’s final episode of 2020 — and one of the final episodes before Joe Biden’s inauguration — Weekend Update looked back at both the lowlights and comedic highlights of Donald Trump’s presidency with a montage soundtracked by Semisonic’s “Closing Time.”

“Barring a reverse Christmas miracle, this is the last Weekend Update with Donald Trump still in office,” co-anchor Colin Jost said as the audience roared with applause. “Now as president, he was mostly bad, but there were a few bright spots. So before he is tranquilized and moved like a dinosaur in Jurassic Park, I just want to take a moment to recognize some of his greatest moments in office.”

In just under a minute, Weekend Update ran through some of the craziest images and footage from the Trump presidency, including Trump drinking a water bottle with two hands, Trump dancing at a rally, Trump talking about the toilet flushing habit of the American people and, finally, Trump mocking the handicapped.

Paraphrasing Dr. Seuss, Jost added, “So America don’t cry because it’s over, smile because it happened. Then probably cry a little bit.”

“I did mess up, but it’s a crazy-looking word. My first grade teacher always told me to sound it out, and that method has never failed me until now,” Redd’s Robinson said:

To close out Weekend Update, Jost and Michael Che continued their Christmas episode tradition of doing a joke swap, where the anchors make each other read jokes that the other one hasn’t seen, resulting in Jost getting a dig at his wife Scarlett Johansson’s casting controversies:

Juno Awards Rationalizes Arcade Fire Nomination: ‘Honouring the Rest of the Band for Their Success’
The Best New Book Titles, According to Goodreads
‘Five Nights at Freddy’s’ – Filming Has Finally Begun on the Blumhouse Horror Movie
Hilary Duff Recalls Her Favorite Moment With A Cinderella Story Co-Star Jennifer Coolidge And The Wild Way Her Son Recreated It
Now’s the Best Time to Buy Yourself Diamonds