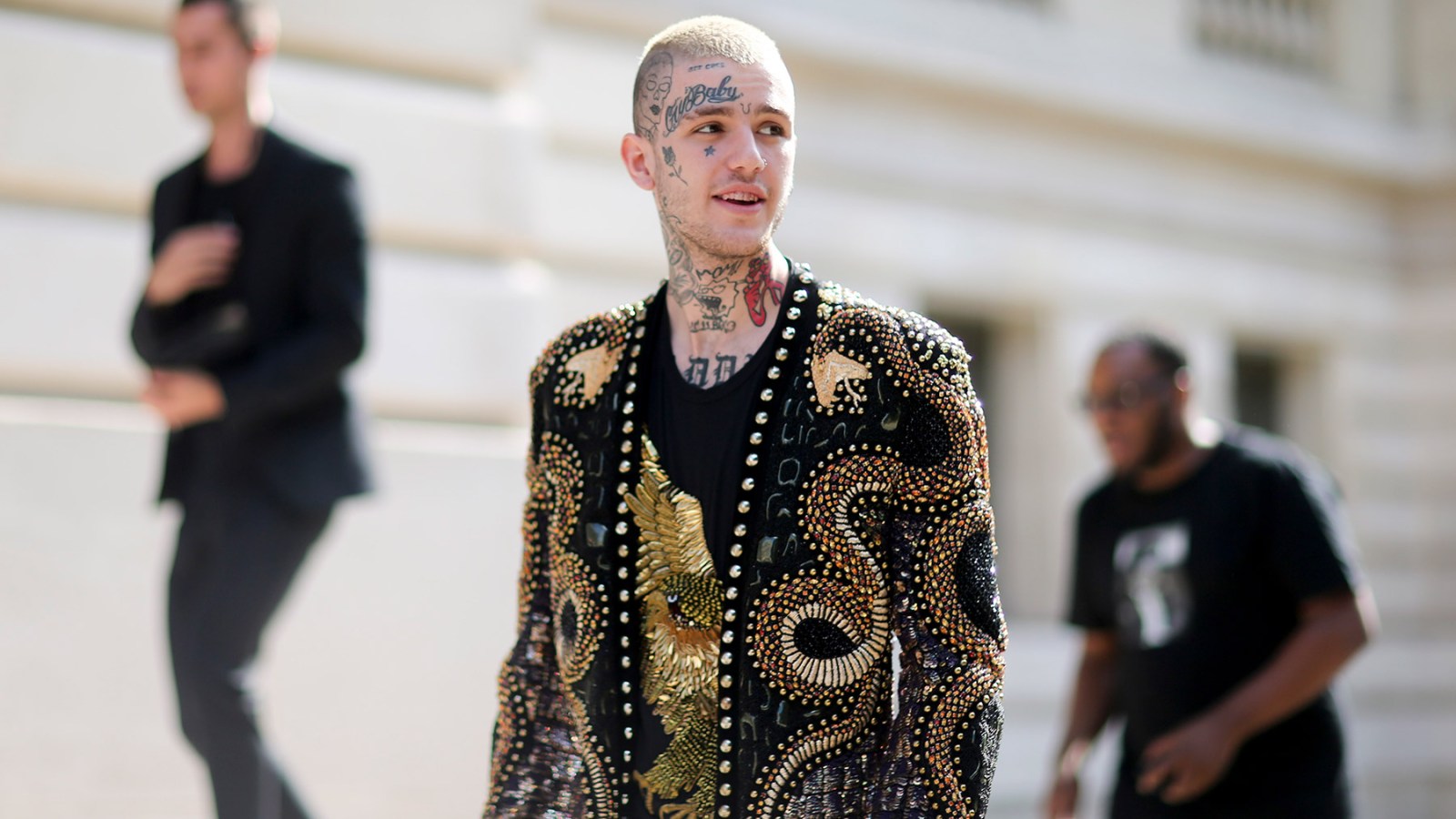 Lil Peep’s mom is “hopefully” close to settling her multimillion-dollar legal war stemming from her son’s 2017 fatal overdose on a tour bus, her lawyer said Tuesday, but a Los Angeles judge refused to postpone a March 8 trial date in the complicated case.

“Have you wrapped up the settlement here?” Los Angeles County Superior Court Judge Teresa Beaudet asked the parties at the first hearing in the case since both sides announced they’d reached a deal “in principle” last October.

“Unfortunately, we don’t have that type of news to report at this juncture. The parties are still working very hard going through their paces. There are a number of complexities associated with what’s being discussed,” Paul A. Matiasic, the lawyer for Lil Peep’s mom Liza Womack, replied. “It’s taking a little bit longer than we all anticipated.”

The lawyer then asked for a 30-day delay in the case based on his client’s lawsuit against her son’s label First Access Entertainment (FAE) and subsequent cross-complaints over money generated by Lil Peep’s music and likeness after his death.

“I’m not changing that trial date,” Beaudet replied, ordering both sides to turn in their trial binders filled with witness and exhibit information by Feb. 17 unless a finalized settlement is signed in the meantime.

“This is going to be a global settlement, right?” Judge Beaudet asked.

Terms of the proposed settlement were not discussed during the hearing in downtown Los Angeles. Lawyers for the parties did not respond to requests for comment from Rolling Stone.

Lil Peep, whose real name was Gustav Elijah Ahr, died on a tour bus in Arizona on Nov. 15, 2017 after ingesting a deadly cocktail of fentanyl and Xanax, authorities said.

In a disputed declaration in the case, Cold Hart, a member of Lil Peep’s emo-rap collective Gothboiclique, told the court he was on the late rapper’s “Come Over When You’re Sober” during the week leading up to his death and believed FAE tour manager Belinda Mercer “provided and supplied Xanax, cocaine, marijuana, Percocet, and ketamine” to “those traveling on the tour bus.”

Judge Beaudet declined to strike those comments in a key ruling last February, but she rejected other comments in which Cold Hart, whose legal name is Jerick Quilisadio, claimed that on Nov. 14, 2017, Peep’s managers told the rapper he should make “himself sick from taking a bunch of Xanax” so he could trigger “an insurance claim and not lose money” on a show he wanted to cancel. The judge agreed with FAE that Quilisadio failed to state that he personally witnessed someone directing Peep to consume “excessive” amounts of Xanax.

On the financial side, FAE filed a cross-complaint alleging Womack breached the terms of her son’s 2016 contract by selling Lil Peep-branded merchandise online, at pop-up stores, and through third-party deals without FAE’s authorization. Womack countersued on that claim and alleged FAE owed her nearly $4 million in overdue royalties.

Regarding the wrongful death claim, Judge Beaudet ruled that Womack presented “viable” claims, including that no one on the bus was trained to recognize the signs of an overdose; the bus was not equipped with a defibrillator, Narcan, or any other “life-saving apparatuses” used for drug overdose; and no one on the bus rendered Peep life-saving aid.

“There’s no question there’s a triable issue as to whether (Mercer) provided the drugs or not,” Judge Beaudet said at a hearing last February. “If you’re going to create an environment like that where drugs are flowing, and you’re providing it, and hey, you actually don’t have any life-saving device or any Narcan to help people who are going to have a problem with these drugs, it seems to me you are creating a very dangerous situation there.”

She said that while “there’s actually no evidence” Mercer provided any fentanyl, the rapper “somehow got fentanyl,” and it could take a jury to decide whether Mercer unknowingly supplied a drug “that might be laced with fentanyl.”

“I’m not saying that’s what happened, but that’s what (Womack alleges),” the judge said. “The fact (that defendants) didn’t give the decedent adequate protection for that environment, I think that could add up to causation here.”

One of FAE’s lawyers, John Amberg, tried — but failed — to convince the judge that Womack’s negligence and wrongful death claims were too weak to stand without a smoking gun linking FAE “agents” to the actual drugs that killed Peep.

“They failed to make that case. They failed,” Amberg argued at the February hearing.

“No, sir, I don’t agree with that,” Judge Beaudet interrupted. She said Womack’s side presented triable evidence that “drugs were provided to him.”

In her initial blockbuster lawsuit, Womack claimed FAE — along with Mercer — “encouraged and facilitated” a “drug-laden environment” on the doomed tour as they ignored warning signs and alleged cries for help from their troubled artist.

Womack has claimed Mercer “engaged in a sexual relationship” with her son during the tour and “supplied” him with both Xanax and the tranquilizer ketamine.

Echoing revelations in a March 2019 Rolling Stone story about Peep’s tortured final days, Womack stated in her filings that Mercer was detained by Canadian officials at a border crossing between Buffalo, New York, and Fort Erie, Ontario, Canada on Oct. 25, 2017, because “illegal drugs” were found in her possession leading up to a show in Toronto just three weeks before Peep’s death.

In a deposition two years ago, Mercer conceded that authorities found “three” illegal substances on the bus, both in the common area of the touring vehicle and in one of her bags in her bunk. She couldn’t recall what the substances were exactly but stressed she wasn’t “arrested,” only detained, and that the $2,000 she ended up paying to gain release was “a bus fine” that she put on her credit card and never expensed. According to recently unsealed text messages related to the border incident, Mercer texted her co-manager on the tour, Stephen Paul, shortly after her release, saying, “I am sorry and embarrassed about it all. It was a huge mistake and will never happen again.”

Mercer further admitted during her deposition that Peep repeatedly asked her to procure drugs. She then invoked her Fifth Amendment right against self-incrimination when asked multiple questions about whether or not she provided Peep with drugs prior to Nov. 5, 2017. For instance, when confronted with October 2017 text messages in which she allegedly asked the rapper “How many blue?” and Peep wrote to her, “Perc, please,” allegedly referring to Percocet, Mercer pleaded the Fifth.

In its own filings, FAE has claimed that Peep was “living in Skid Row” in Los Angeles and self-releasing his own music on SoundCloud when the U.K. company agreed to help finance and develop his career. The label argued language in a “joint venture agreement” signed by Lil Peep released it from any liability for negligence. The court declined to rule on the argument saying the agreement was not properly authenticated.

Though Womack succeeded in keeping her claims alive through several challenges, she was fined more than $11,000 last year for her failure to meet a deadline for producing estate accounting documents to the other side. She also was shot down when she tried to sever her post-mortem claims in a separate case.

Wynonna Judd Doesn’t Think The Judds Final Tour Will Extend Again
A Complete Timeline of Austin Butler and Kaia Gerber’s Relationship
Why Marie Kondo Has “Kind Of Given Up” on Keeping Her Home Tidy
Emilia Clarke’s The Pod Generation Is A Clever Sci-Fi Satire About The Future Of Pregnancy
How Fashion Broke, and Then Repaired, My Relationship with Lunar New Year