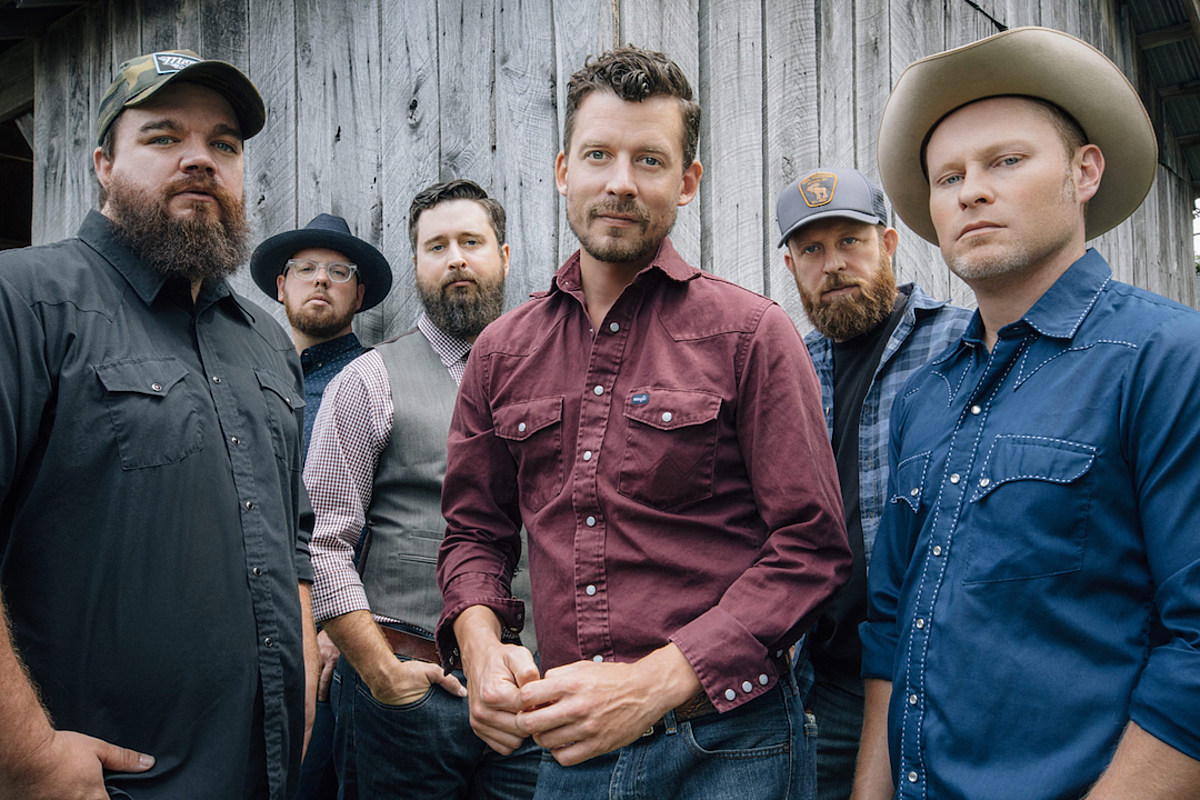 The amphitheater shows that Turnpike Troubadours have been performing throughout the year have all included massive bills, and Saturday (Nov. 5) night’s appearance at Dailey’s Place in Jacksonville, Fla. was no exception.

“This lineup is a mini-festival,” BJ Barham, frontman of opening act American Aquarium, assured after taking the stage promptly at 7 p.m.

“How y’all doing out there, Duval?” he asked the crowd with the proper accent on the county name before introducing the 2012 track “Jacksonville.”

“We’re American Aquarium from Raleigh, North Carolina,” Barham continued. “I might be from North Carolina, but I’ve got a beautiful wife from Jacksonville, so I’m glad to be here and see some extended family.”

American Aquarium opened with a nine-song set that included many cuts from their 2012 masterpiece Burn.Flickr.Die, including “Casualties” and the record’s title track, along with newer singles like “The Luckier You Get.”

They were followed by Georgia-based band Blackberry Smoke, who performed the show down a man as drummer Britt Turner was suffering from a medical condition. Turner’s illness forced the cancellation of an earlier show in Montgomery, Ala., but the band made things work by shifting to an acoustic setup for Saturday’s performance. That change made little difference in how hard they rocked — or how much the Jacksonville crowd went wild for their nearly hour-long set.

At 9:30, Turnpike Troubadours took the stage and kicked off their headlining appearance with “Every Girl,” a track from their 2010 record Diamonds & Gasoline. Frontman Evan Felker was not particularly chatty throughout the 90-minute set, but he absolutely radiated joy. From the smile on his face, it was clear how much Felker missed during the band’s five-year hiatus, even after selling out multiple nights at Red Rocks and Nashville’s Ryman Auditorium earlier this year.

They plowed through all of their biggest hits, including “Before the Devil Knows We’re Dead,” “The Bird Hunters,” “Good Lord Lorrie,” “Gin, Smoke, Lies” and “Whole Damn Town,” among a slew of others. Near the end of the main set, Felker paused to make light of an unfortunate situation. The band has been open about how Felker’s addiction issues spurred their hiatus from the road, which coincidentally coincided with another significant life event.

As the song came to a close, Felker exited the stage, allowing R.C. Edwards to lead the remaining band members in a cover of “All Your Favorite Bands” by Dawes. The track is centered around the refrain, “May all your favorite bands stay together,” serving as a fitting nod to their own long-awaited reunion.

Felker returned to the stage for a few more tracks, including their infectious, fiddle-heavy version of “Long Hot Summer Day.” Fans across the venue, from the general admission pit to the third tier of the amphitheater, were on their feet throughout the entire 90-minute set.

Turnpike Troubadours are playing with precision. Now 38 and fully sober, Felker supplied an incredibly high-level performance that proved the band’s time away has only allowed them to become even better.

As fans await more details on the Troubadours’ sixth album currently in the works, they will wrap up their initial string of comeback concerts with a stop in Oklahoma City on Nov. 12. The homecoming show will mark the end of an important chapter and the beginning of an exciting new era for both the band and their patient, dedicated fanbase.

With three albums of original tunes already to her name and another, No Regular Dog, coming on Aug. 12 via Prine’s Oh Boy Records, Waldon has accumulated a vast catalog of well known hits and undercover gems. Her songs cover everything from her Western Kentucky upbringing to working as a bartender upon her moving to Nashville, self discovery, the hypocrisy of religion and more.

In 2019, she became the first new signee to Oh Boy Records in 15 years — and for good reason. Let’s take a look at our choices for Kelsey Waldon’s 10 best songs, so far:

James McAvoy Reveals How He Broke His Hand In M. Night Shyamalan’s Split, And Where You Can Spot It In The Movie
The “Culture War” Designation is Journalistic Negligence: Book Censorship News, December 2, 2022
A Look Back at Kirstie Alley’s Best Roles
Here are the Best Books of 2022, According to Buzzfeed
Tyler Childers, Zach Bryan Headline Railbird Music Festival 2023