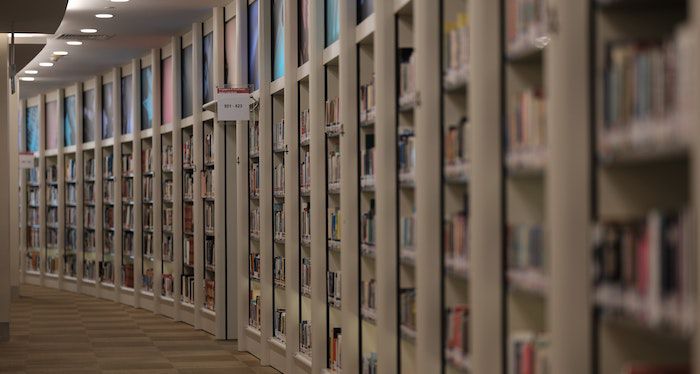 Are there opposing views to voting rights history in the United States? According to some Board members of the Lafayette Parish Library in Louisiana, there are, and by not presenting opposing sides, the library isn’t serving its patrons well.

Teresa Elberson, a long-time employee of the Lafayette Parish library and current system director, stepped down from her post suddenly on Friday, January 29, following a clash with the library board. Members of the board believed that speakers she’d lined up to discuss a history of voting rights with her community were too “far left” and did not represent the community at large.

Check Your Shelf Newsletter
Sign up to receive Check Your Shelf, the Librarian’s One-Stop Shop For News, Book Lists, And More.
Thank you for signing up! Keep an eye on your inbox.

The library applied for a grant through the Louisiana Endowment for the Humanities,. The $2700 was rejected by the board because the discussion of voting rights would not be balanced. The board further made clear their disappointment in Elberson for not inviting two speakers of “opposing perspectives” to balance the discussion.

Board member Stephanie Armbruster said that “These two speakers are extremely, extremely far left leaning” and they did not represent the conservative community. Armbruster claims the library’s image has been under scrutiny in recent years, with taxpayers failing to renew a property tax in 2018 that would help fund the library. Another renewal is on the ballot for this year.

In 2018, the library planned a Drag Queen Story Time that led to a lawsuit. The lawsuit was dismissed and the program proceeded.

Library board president Doug Palombo believes the voting rights programming should be apolitical, not leaning to one side or the other. Other members of the board, including Armbruster, worry that by presenting such a program, community members will fail to fund the library system again. Board member Landon Boudreaux said that the community doesn’t support the library because it’s too political and has too much money.

But do these perspectives represent the community or simply make the board uncomfortable with confronting their own complicity in bigotry? What’s clear, though, is this decision has encouraged community activists to step forward and demand an explanation — and change.

Lafayette’s Stand Black organization and the Louisiana NAACP plan to protest at the next board meeting, February 15.

“In order to be crystal clear, there are not two sides to this discussion,” Stand Black and the NAACP said in a statement to The Advocate. “There has been a well-documented history of voter suppression of Black people in this country. Make no mistake that the ‘our constituents’ that are being referred to are people that believe in continuing to marginalize minority communities.”

The two books elected for the grant-funded program are Bending Toward Justice by Gary May and Vanguard: How Black Women Broke Barriers, Won the Vote, and Insisted on Equality for All by Martha S. Jones. May’s book is a history of the 1965 Voting Rights Act, including a look at the activists who put their lives on the line to secure the vote for all Americans. Jones’s book digs into the history of African American women in politics and the work they put in to secure voting rights and a voice in politics.

But what is the other side to voting rights history?

Both of the books in question are mainstream titles, well-reviewed, and the program was funded not by library taxpayers. It was funded by a grant acquired by the library through the state humanities foundation, with facilitation by a local educator who wrote the discussion guide for May’s book.

“[W]e will not allow the history of John Lewis, and other activists, who got beaten crossing the Edmund Pettus Bridge to have their legacy diminished in Lafayette, Louisiana,” reads the statement from organizational leaders.

Those who are local and/or are able are encouraged to attend the board meeting to protest the library board’s decision.

“We encourage all those able to stand on the right side of justice to attend,” the leaders of the organizations wrote to The Advocate. “Voting rights are not an option; they are a Constitutional mandate that will not be manipulated in Lafayette.”

John Legend’s First Father-Daughter Pic With Esti Will Bring You Love
As Austin Butler’s Elvis Voice Draws Mixed Reactions From Fans, Director Baz Luhrmann Weighs In With Thoughts
Kristen Stewart Already Has Another Directing Job Lined Up Ahead Of Her Directorial Debut
‘M3GAN’ and Six More of the Most Memorable Killer Androids in Horror
Blumhouse Combined M3GAN With The Prince Harry Documentary, And I Can’t Look Away