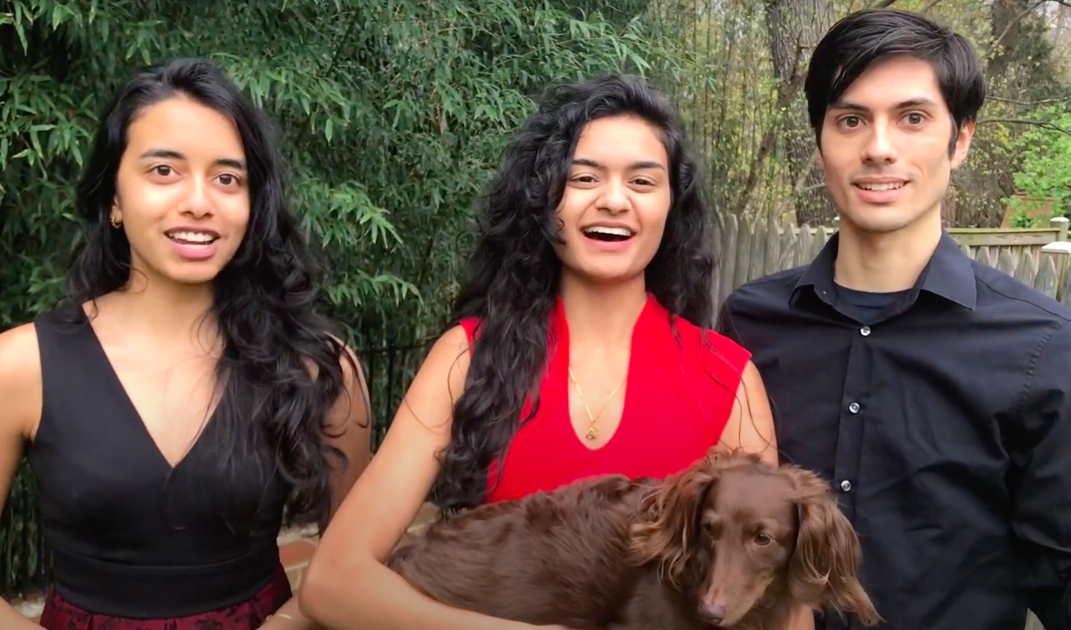 Dweebs Global (a COVID-response non-profit) has an upcoming pay-it-forward challenge (similar to the ice bucket challenge) called the #BrighterTomorrowChallenge which is expected to launch in February.

The #BrighterTomorrowChallenge is asking people all around the world to do an act of kindness and post a video or photo on social media of the act using the hashtag #BrighterTomorrowChallenge. Dweebs Global will shout out the act of kindness for those who participate. Between the COVID pandemic and everything else going on in the world, this is much-needed. Some examples of acts of kindness include, helping someone put groceries in their car, run an errand for someone, donate clothes, bake cookies or cake for your workplace, or offer a free service. There is no limit to the acts of kindness that can be done.

Dweebs Global offers free mentorship to anyone around the world. Dweebs Global unites good people from every corner of the planet to provide free mentorship and brainstorm solutions to today’s most pressing problems. They offer advice that’s tailored for you for free. The mentorship program pairs you with a mentor in your field who can provide tailored expertise. So far, with 400 mentors, Dweebs Global has interacted with thousands of mentees.

Isvari is the President and Co-Founder of Dweebs Global. She is a national security lawyer, former physicist, and writer. By age 14, Isvari researched particle physics at CERN and the U.S. National Labs. She then graduated UC Berkeley at age 17, and Georgetown Law University at age 20, becoming one of the youngest lawyers to sit and pass the California bar. She is a former columnist for the Boston Globe and has worked across the U.S. government, including the Department of State, FCC, and Department of Defense. She won an Award of Outstanding Achievement from the Office of the Secretary of Defense. She has also worked abroad at CSTEP in India and Ingenico in Belgium, and can speak six languages. She has 300K followers on LinkedIn and is a multiple-time TedX speaker.

Janani Mohan is Executive Director and Co-Founder of Dweebs Global. She is a policy analyst and received a Stanford University fellowship in the Masters in International Policy Program. She served as a representative to the International Atomic Energy Agency at the United Nations in Vienna, Austria at age 17. She has researched nuclear, defense technology, and social issues policy for leading think tanks and U.S. government agencies including the U.S. Department of State and Sandia National Labs. She earned the U.S. President’s Volunteer Service Award Gold Medal, and has volunteered to teach immigrant teenagers English and to put together mental health resources for victims of torture. She has published articles with the U.S. Smithsonian Institution and Center for Strategic & International Studies, and has presented at conferences hosted by the U.S. Department of Energy and Nehru Memorial Museum in India.

Nathan is Executive Director and Co-Founder of Dweebs Global. He is an attorney who has worked with public defenders, nonprofits, and government agencies to improve prison conditions, strengthen constitutional rights, and provide free representation in civil protection order cases. He drafted a Supreme Court Amicus Brief and authored a treatise on perjury for the Annual Survey on White-Collar Crime. He is a graduate of the University of Southern California, and Georgetown Law University. Most recently, he represented veterans before the Court of Appeals for Veterans Claims.

I believe this news may be of interest to your audience. Please let me know your thoughts or if you have any questions. Thank you for your time and consideration and I look forward to hearing from you soon.