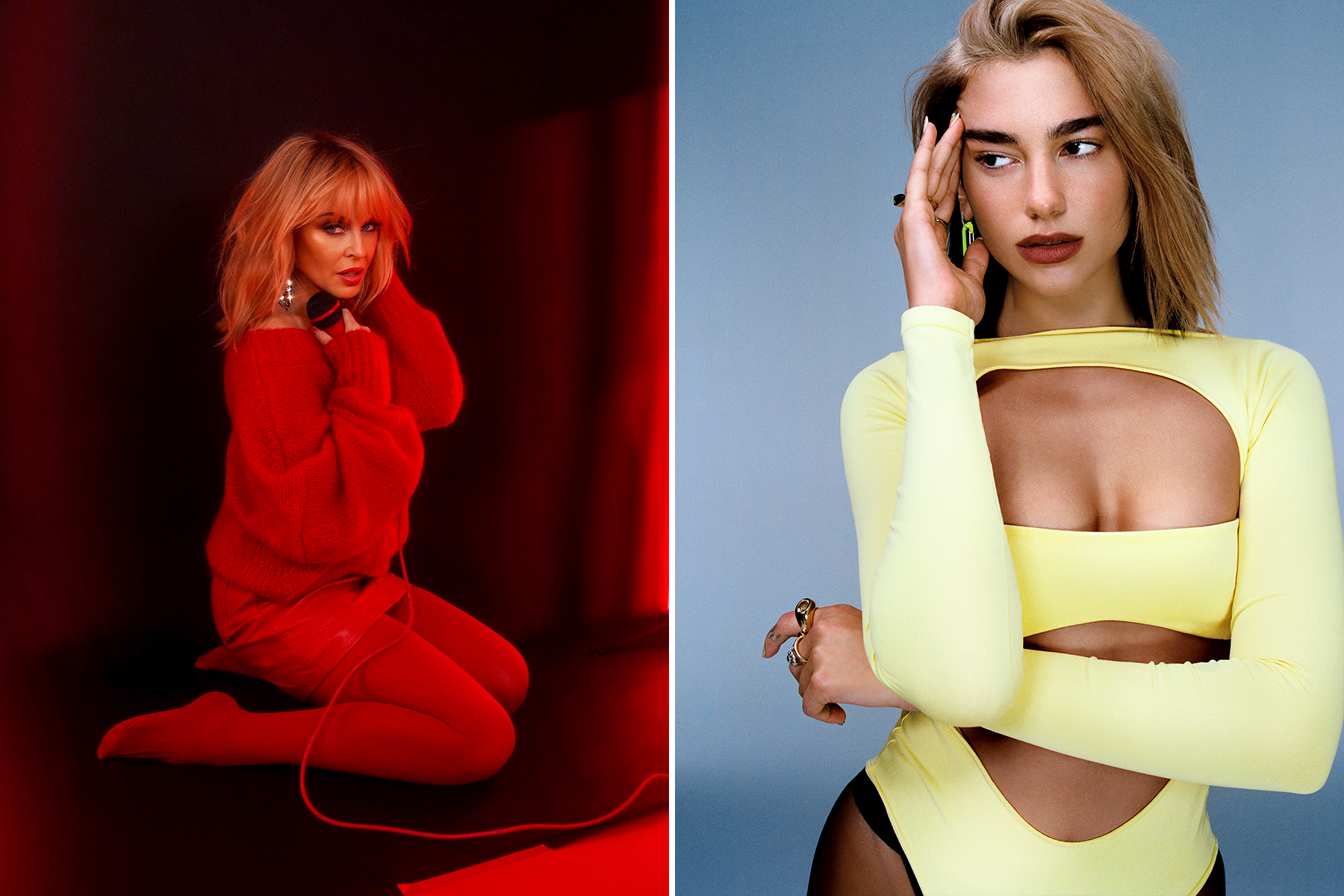 “I feel like you, Joe Biden and Dua Lipa are the only people that had a good 2020,” Jimmy Kimmel joked to John Mulaney last month. Kylie Minogue agreed, tapping her dance-pop peer for a “Studio 2054” remix of “Real Groove,” the third single off her recently release album Disco.

The original song was a perfect slice of dancefloor disco-pop, blending a throbbing funk bassline with Minogue’s Europop-inspired vocal melodies. The remix speeds up the original, adds some more layered instrumentation and features Lipa layering her vocals over Minogue’s sultry coo. With her fantastic disco-pop second album Future Nostalgia – which Rolling Stone put at Number Five on our best albums of 2020 — Lipa stands as Minogue’s heir apparent. Consider the “Real Groove” remix as much torch-passing as like-minded collaboration.

Lipa’s Thanksgiving-weekend Studio 2054 livestream was a smashing success: It drew 5 million viewers — a number that Lipa’s team said was a new record for livestreams — and brought a starry guest list that included Minogue performing the original version of the track.

“Even when touring comes back, I think this’ll be part of the new model,” Ben Mawson, co-founder and co-CEO of Lipa’s management company, told Rolling Stone. “It’s a new creative form for live, and when it’s done right like I think Dua did, it works well. We’ll definitely do it again — when, we don’t know. Certainly for the rest of our artists, we’ll do more.”

Sylvester Stallone Reacts To Creed III’s Story
Jason Blum Believes He Could Get Robert Englund to Play Freddy Krueger One More Time
Following Johnny Depp And Amber Heard’s Defamation Trial, The Pirates Star Has Lined Up Yet Another Project
Book Riot’s Deals of the Day for June 24, 2022
Only Murders in the Building’s Back with A New Mystery. Here’s When to Tune In.