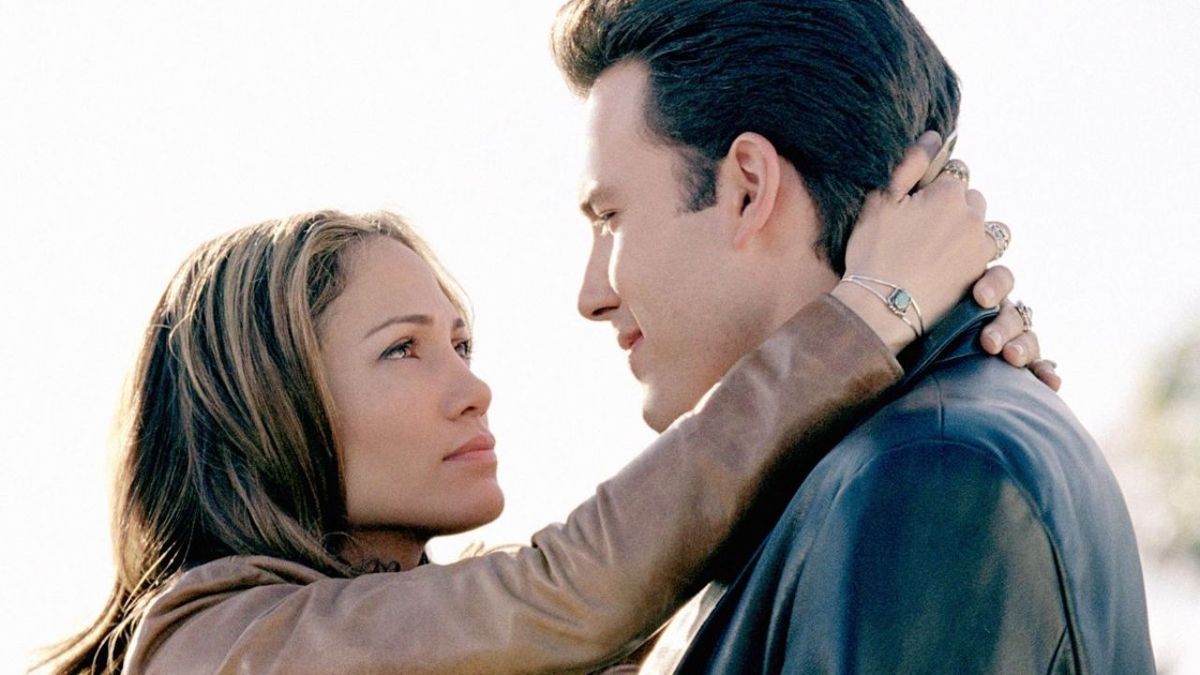 Thanksgiving is the perfect time to make memories with your loved ones and eat a lot of food, and if Jennifer Lopez’s Instagram photo dump is any indication, she can check both of those things off of her to-do list. The Marry Me star posted some sweet photos from her family’s festivities, and there was definitely plenty to be thankful for. This year was a particularly special holiday for Bennifer 2.0, as it marked the first time JLo and Ben Affleck enjoyed their Thanksgiving feast as husband and wife, after finally saying “I do” in two separate wedding ceremonies earlier this year.

Jennifer Lopez shared a reel on Instagram that was full of images from her first Thanksgiving as the newly minted Mrs. Affleck, and joining the happy couple in their celebration appeared to be some of J-Lo’s closest friends and family. One of the images she shared was a stunning selfie, in which Ben Affleck can be seen talking to one of her kiddos in the background:

Jennifer Lopez and Ben Affleck finally tied the knot this year, after reuniting in 2021. The couple was celebrity royalty in the early aughts, getting engaged in November 2002 before ending their relationship in early 2004. The second time was the charm, because twenty years later, the Way Back actor proposed again, and they celebrated their love with a Las Vegas drive-through wedding in July, before returning to Affleck’s estate in Savannah, Georgia, where they’d planned to have their wedding two decades prior, for an August ceremony with their friends and family.

Some of those friends and family joined the reunited Bennifer again for Thanksgiving, including Jennifer Lopez’s sisters Leslie and Lynda, as well as her vocal coach, Stevie Mackey. The actress showed off a beautiful array of pies from the dinner:

You can tell from their social media activity that Ben Affleck and JLo are just smitten with each other. The singer/actress posted a photo recently of the two looking awfully snuggly, as the weather turns colder. But one image from Jennifer Lopez’s photo dump made me feel even more warm and fuzzy, if that’s possible. The photo showed a smiling Affleck hugging his 14-year-old stepson Max, as the teen appeared to sleep as they were being driven somewhere:

Jennifer Lopez looked like she had the other twin, Emme, resting on her lap as she possibly enjoyed a post-meal nap:

Ben Affleck’s three children — 16-year-old Violet, 13-year-old Seraphina, and 10-year-old Samuel — did not appear to be present at Thanksgiving, and it’s likely they spent the holiday with mom Jennifer Garner. You can check out all of J-Lo’s Thanksgiving photos here:

The blending of Bennifer’s families has gone smoothly, with the kids reportedly being adjusted and unified, and the parents are focused on making sure everyone continues to be comfortable. JLo has apparently even formed a fairly new friendship with her husband’s ex-wife, and she and Jennifer Garner are said to “really enjoy each other.”

It seems like things really are going swimmingly for the newlyweds, and as Christmas approaches, hopefully they’ll continue to share peeks into their family’s first official holiday season together.