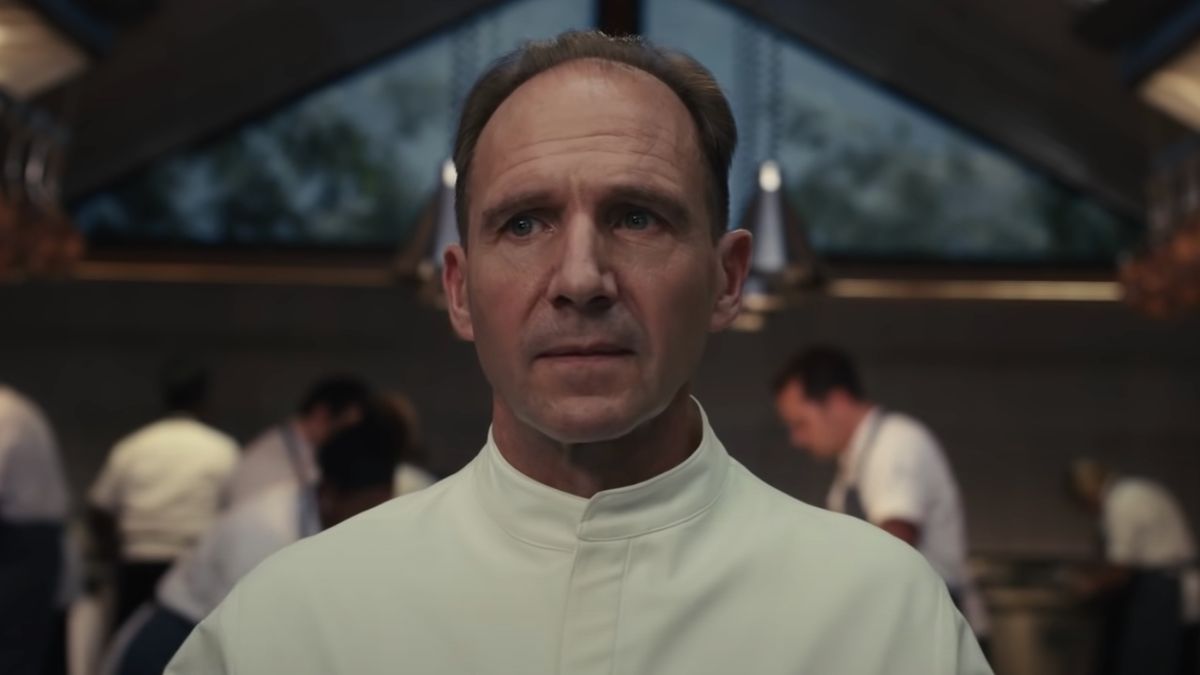 Halloween has come and gone, and Thanksgiving is already upon us. What better time, then, to release a horror movie centered around food? The Menu stars Ralph Fiennes as celebrity chef Julian Slowik, who hosts a small group of wealthy foodies, writers and celebrities for an exclusive meal at his restaurant, which is located on a remote island. Suffice it to say these guests have a few surprises headed their way. The movie garnered pretty positive reactions when it premiered at the Toronto International Film Festival, and now the reviews are here to tell us more about The Menu.

Along with Ralph Fiennes, the film centers around the young couple Margot (Anya Taylor-Joy) and Tyler (Nicholas Hoult), who are among Chef Slowik’s guests. Other members of the ensemble include Hong Chau, Janet McTeer, John Leguizamo, Paul Adelstein and Mark St. Cyr. Let’s see what the critics have to say ahead of the movie’s November 18 theatrical release, starting with CinemaBlend’s review of The Menu. Eric Eisenberg rates the film 4.5 stars out of 5, praising its multi-layered mystery and well-blended genres. He also warns us to avoid spoilers, so we will be sure to do just that in the excerpts below. Eisenberg says:

CinemaBlend’s Corey Chichizola screened the film at TIFF, and he also gives it 4.5 out of 5 stars, saying even non-horror fans can appreciate The Menu because of its comedy. See what he and Hannah Saulic have to say in our spoiler-free video review:

Travis Hopson of Punch Drunk Critics rates the movie at 3 stars out of 5, saying with each course, The Menu gives viewers something new to chew on. The building tension is broken up by plenty of humor — sometimes too much of it, this critic says:

Leah Greenblatt of Entertainment Weekly grades The Menu a B+, calling it a “glossy, skewering satire,” in which we can savor the suffering of the ultra-rich. The critic praises the ensemble cast, particularly Ralph Fiennes, she says, who makes the most of his role:

Aaron Neuwirth of We Live Entertainment, gives the movie a User Rating of 7, highlighting how director Mark Mylod keeps things exciting even with the characters contained to a room, and he keeps us invested in the characters regardless of how unsympathetic they are. More from the review:

Ann Hornaday of the Washington Post gives the film 2.5 out of 4 stars, saying its “seared, carefully julienned heart” is in the right place, even if it takes things too far to the extreme:

The critics definitely have me intrigued about this one! If this movie sounds appetizing to you, you will be able to catch it in theaters starting Friday, November 18. You can see what else is in store for the box office for the remaining weeks of the year with our 2022 Movie Release Schedule, and take a peek at what’s coming to theaters in 2023 as well.

Lizzo’s Bold Style Statement Was Good as Hell at People’s Choice
E! Insider’s 20 Days of Giftmas Giveaways: Win a FP Movement Gift Card
Aladdin’s Scott Weinger: Why Robin Williams Really Was So Cool
Repressed Lesbianism and Otherness in Val Lewton’s ‘Cat People’ [Horror Queers Podcast]
Robert Pattinson And Suki Waterhouse Have Been Dating For Years, But They Just Stepped Out On The Red Carpet For The First Time