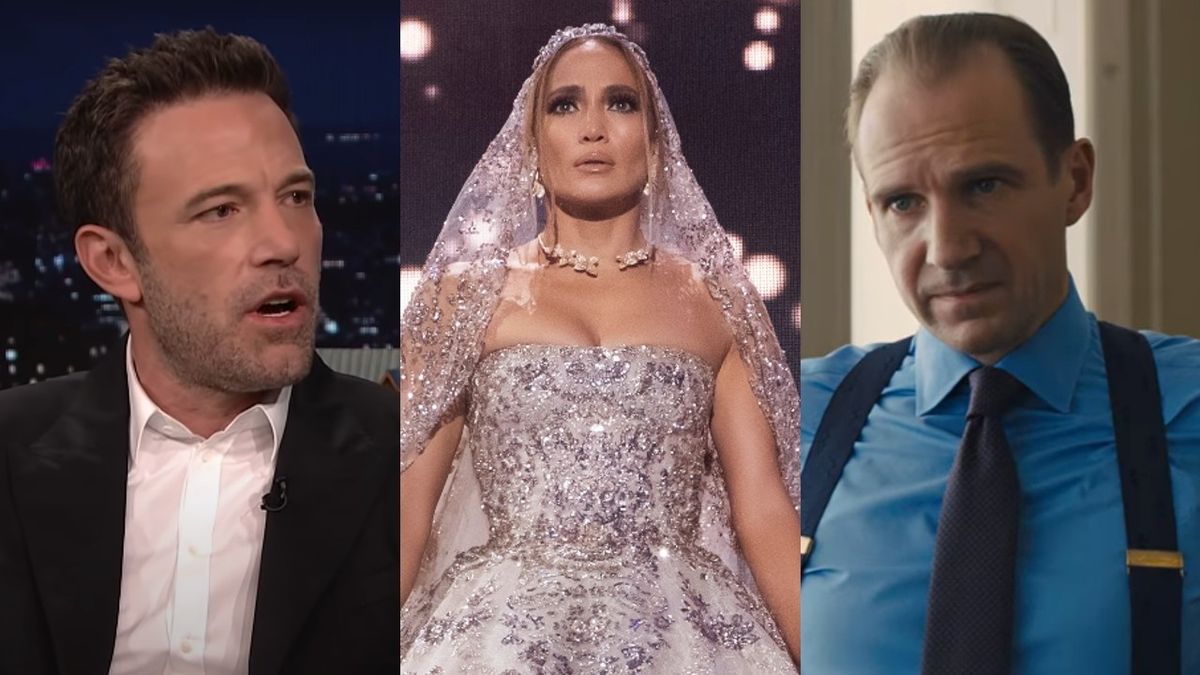 While Ralph Fiennes may have been Jennifer Lopez’s love interest in one of JLo’s best rom-coms Maid in Manhattan, in real life the actor ended up being a decoy for her and Ben Affleck back in the early days of Bennifer. While the actor was out promoting his role in his latest movie The Menu, he revealed that he was caught with JLo by the paparazzi, which ended up acting as a decoy to the public to hide the early days of her and Ben Affleck’s relationship.

The Menu actor was asked on Watch What Happens Live with Andy Cohen about his thoughts on the power couple getting back together, especially since he was a decoy for them the first time around. Fiennes admitted that he was set up after Cohen asked in shock if that was true, saying:

Before Bennifer got back together and married in 2022, which JLo admitted may not be the best idea for everyone, the two were engaged from 2002 to 2004. Maid in Manhattan was released in 2002, and Fiennes revealed he ended up playing decoy to hide the two’s relationship from the public, explaining:

Fiennes then continued the story, explaining what happened to the photo the next day. The Grand Budapest Hotel star said:

It makes sense why Fiennes was caught/used as a decoy. At the time, and honestly still, Ben Affleck and Jennifer Lopez’s relationship has been highly publicized. The media seems to always be out trying to snap pictures of the two actors and their romantic partners, so naturally, Fiennes got caught up in it.

According to the timeline of Bennifer, the two met in 2001 while filming Gigli, and in 2002 she and her husband at the time Cris Judd got a divorce. It tracks that JLo and Affleck could have been together when Fiennes and Lopez were filming Maid in Manhattan.

As for Fiennes, he was married to Alex Kingston, known for playing River Song on Doctor Who, from 1993 to 1997, and hasn’t been married since.

I love that the actor is able to look back on his time as a decoy and laugh about it. It’s also nice that he wished the couple well in their new marriage. While Bennifer has been making headlines for their relationship and their movies, Fiennes has stayed busy with multiple movies on the 2022 movie schedule. You can catch the actor in his creepiest role since Voldemort in The Menu, which hits theaters on November 18.

Michael B. Jordan Showed Creed III To Ryan Coogler. Then, The Black Panther Director Shared His Honest Response
All About Darius Jackson, Keke Palmer’s Boyfriend and Father-to-Be of Her Child
Daisy Jones and the Six: Everything We Know About the Prime Video Series
See Kevin Bacon and Old 97’s Play Their ‘Guardians of the Galaxy’ Christmas Song on ‘Fallon’
After Emancipation Screened For A Star-Studded Audience (Including Dave Chappelle), Will Smith Had A Funny Take