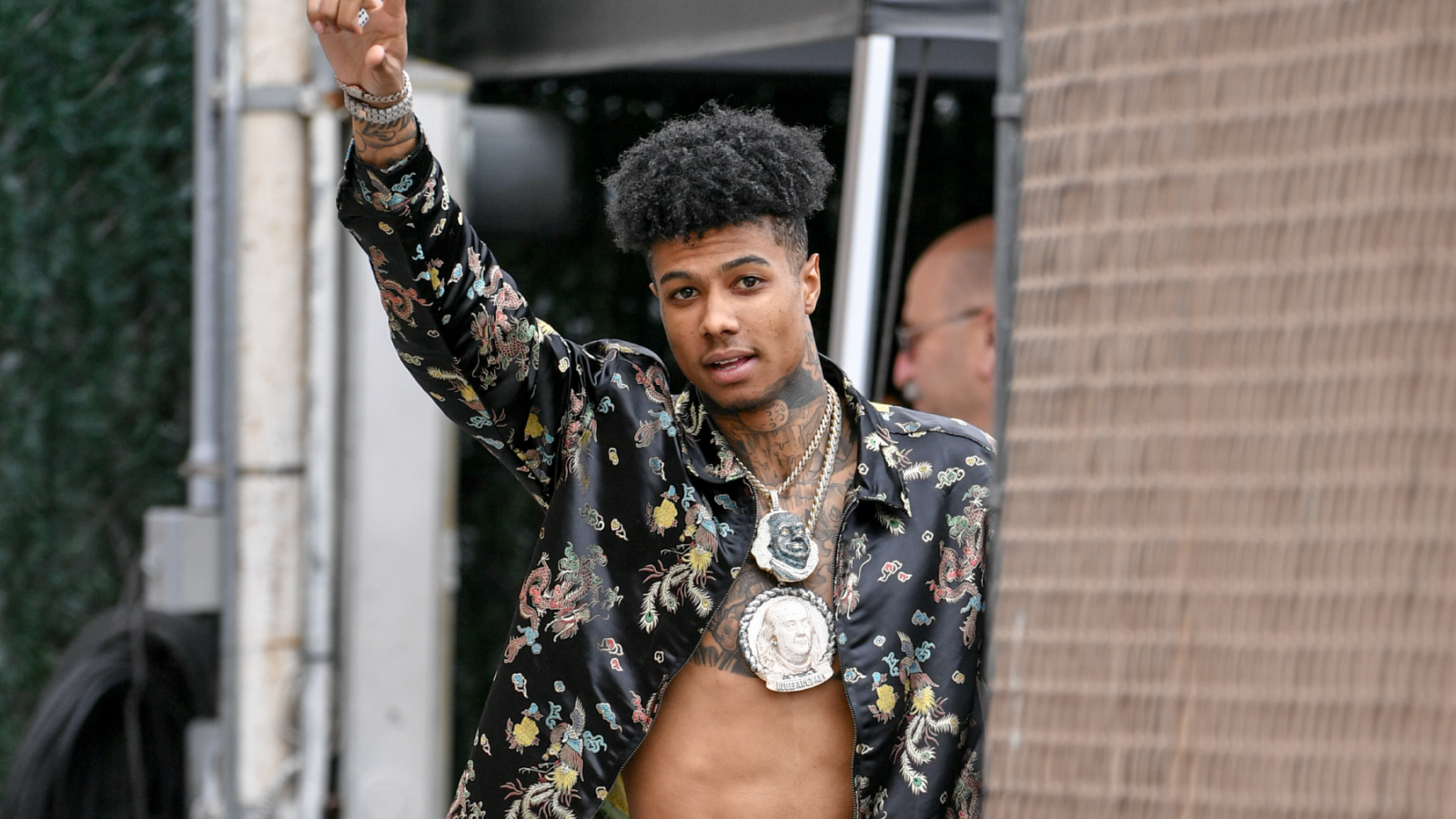 Blueface was arrested outside a business in Las Vegas on Tuesday, Nov. 15. The rapper, Johnathan Porter, was arrested on charges stemming from a shooting that took place on October 8, 2022, the Las Vegas Metropolitan Police Department confirmed.

He will be booked into the Clark County Detention Center on warrants for attempted murder with
a deadly weapon and discharging a firearm at/into an occupied structure.

At the time of the arrest, Blueface was with his girlfriend, Chrisean Rock, at Lo-Lo’s Chicken & Waffles, Blueface’s manager, Wack 100, told Rolling Stone.

The 25-year-old rapper is best known musically for his 2018 hit “Thotiana,” which received two official remixes from YG and Cardi B. “Thotiana” peaked at number 8 on the Billboard Hot 100, while his debut Famous Cryp mixtape peaked at 29 on the Billboard 200.

“Thotiana” achieved retroactive success after the LA native first went viral with “Respect My Cryppin” in May of 2018, which showcased his famously off-kilter flow to polarizing public reception. In June of 2018, the former Fayetteville State University football player signed to Cash Money West, and has become a distinctive figure in the LA rap scene. He’s since released his 2019 Dirt Bag EP and an album entitled Find The Beat in 2020, but he’s also become embroiled in a deluge of controversy.

His public relationship with fellow artist Rock has been mired by dysfunction. In August, video leaked of the two fighting in Los Angeles. Weeks later, Rock was detained after the two got into a fight in Arizona, and in a later incident Blueface allegedly punched Rock’s father in Los Angeles. In November of 2021, a warrant was issued for Blueface and two other men after attacking a bouncer outside a San Fernando Valley-area nightclub. Earlier this year, he was arrested for Felony Gun Possession after a traffic stop in Hollywood.

This is a developing story.