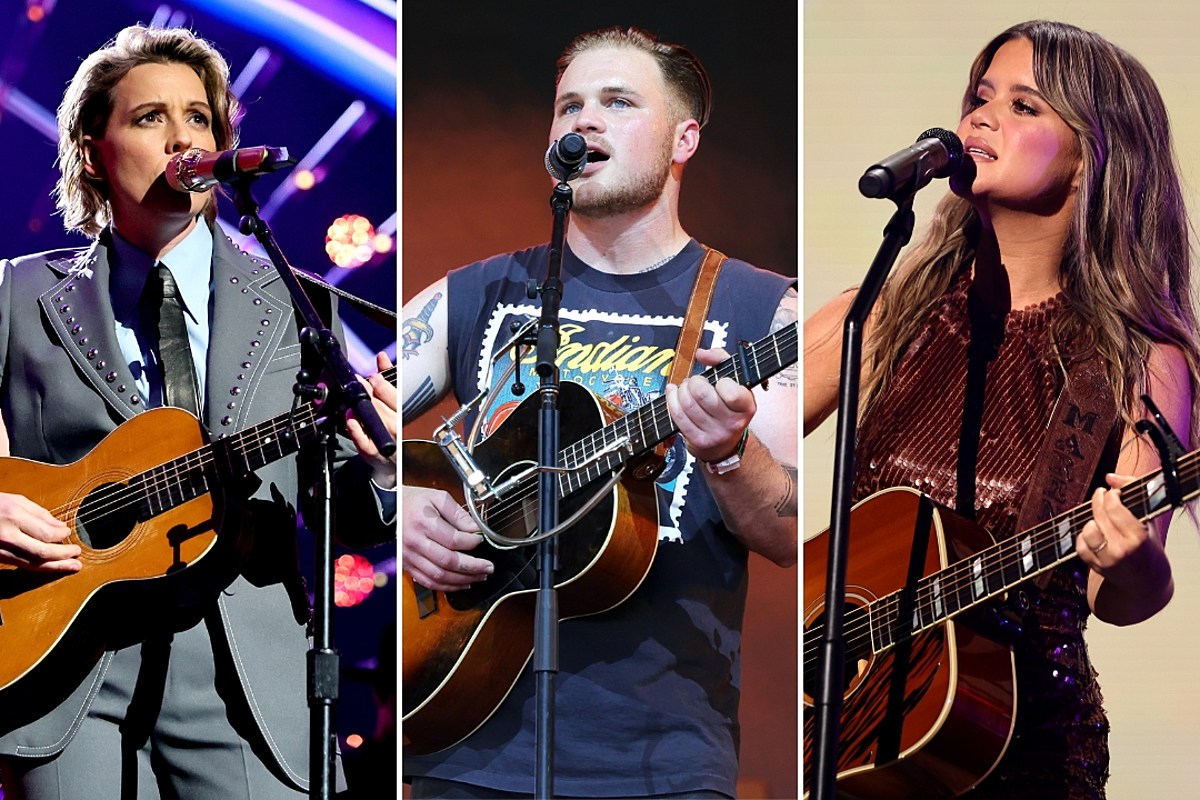 A full list of 2023 Grammy nominees was revealed on Tuesday (Nov. 15), with Dan + Shay on hand to help share the news via the Recording Academy’s livestream announcement from the Grammy Museum in Los Angeles.

Brandi Carlile earned seven nominations for her acclaimed album In These Silent Days, including Best Americana Album and Record of the Year for “You and Me on the Rock,” her collaboration with Lucius.

For the first time in his career, Zach Bryan earned a Grammy nomination for his breakout song “Something in the Orange,” which is up for Best Country Solo Performance against Maren Morris, Kelsea Ballerini, Miranda Lambert and Willie Nelson.

Lambert is up for three additional awards, including Best Country Album for Palomino and Best Country Duo/Group Performance for “Outrunnin’ Your Memory,” her collaboration with Luke Combs.

Bluegrass talent Molly Tuttle also has plenty to celebrate with this morning’s announcements. Her record Crooked Tree earned her a nomination for Best Bluegrass Album along with a spot in the Grammys’ coveted all-genre Best New Artist category.

This year’s nominations included the debut of multiple categories and awards, including the all-genre Songwriter of the Year award. Accomplished songwriter Laura Veltz, who has penned tracks for Maren Morris, Jimmie Allen, Ryan Hurd and Mickey Guyton, earned a nomination for that honor.

Record of the Year

“Don’t Shut Me Down,” ABBA
“Easy on Me,” Adele
“Break My Soul,” Beyoncé
“Good Morning Gorgeous,” Mary J. Blige
“You and Me on the Rock,” Brandi Carlile featuring Lucius
“Woman,” Doja Cat
“Bad Habit,” Steve Lacy
“The Heart Part 5,” Kendrick Lamar
“About Damn Time,” Lizzo
“As It Was,” Harry Styles

In These Silent Days , Brandi Carlile
Things Happen That Way , Dr. John
Good to Be… , Keb’ Mo’
Raise the Roof, Robert Plant and Alison Krauss
Just Like That…, Bonnie Raitt

Toward the Fray, The Infamous Stringdusters
Almost Proud, The Del McCoury Band
Calling You From My Mountain, Peter Rowan
Crooked Tree, Molly Tuttle and Golden Highway
Get Yourself Outside, Yonder Mountain String Band

Songwriter of the Year (All-Genre Award)

Song of the Year (All-Genre Award)

7 Country Icons Who Have Never Won a Grammy

Can you believe these country hitmakers have never won a Grammy Award?

A Look Back at Kirstie Alley’s Best Roles
Adam Sandler Reflects On Getting Harsh Reviews For Billy Madison And His Other Early Movies: ‘They Hate Us’
2022 Goodreads Choice Awards Winners Announced
Blake Lively Shows Off Her Festive Pregnancy Style in Rare Photo from Ryan Reynolds
Kate Middleton Wore a Rented Green Gown and Princess Diana’s Jewels to the 2022 Earthshot Prize Awards