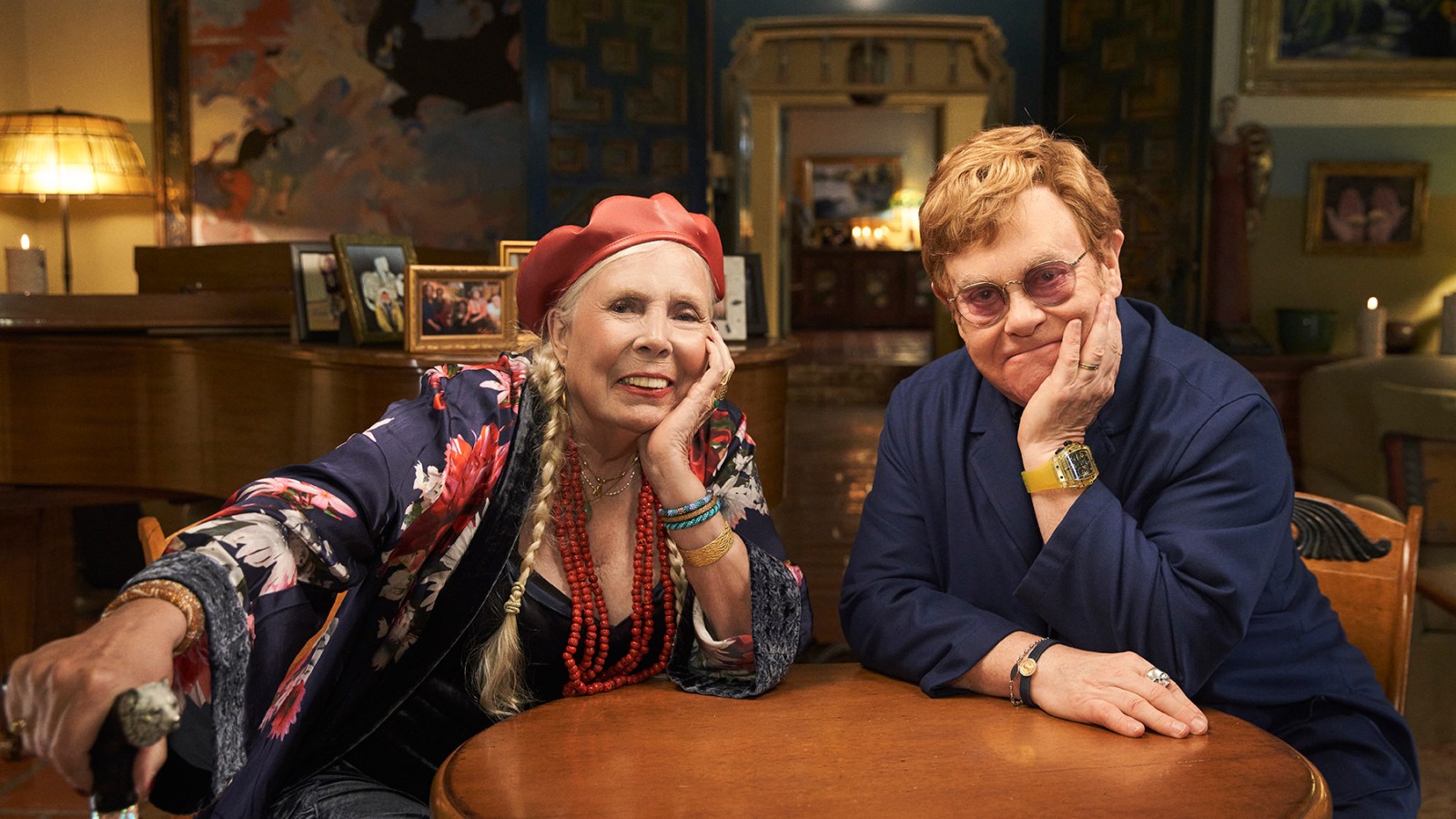 Joni Mitchell has granted very few interviews since suffering a brain aneurysm in 2015, but she just sat down with Elton John for an in-depth conversation that will air appear Saturday on his Apple Music 1 show Elton John’s Rocket Hour.

In the interview, Mitchell revealed that she’s working on a live record to document her surprise appearance at the Newport Folk Festival in July alongside Brandi Carlile, Taylor Goldsmith, Wynonna Jude, and Marcus Mumford. “[We] didn’t have any [rehearsal],” she says, noting that she played electric guitar on her 1974 Court and Spark classic “Just Like This Train.” “I couldn’t sing the key, I’ve become an alto, I’m not a soprano anymore, so I couldn’t sing the song. And I thought people might feel lighted that if I just played the guitar part, but I like the guitar part to that song. So anyway, it was very well received, much to my delight.”

John and Mitchell also discussed going to Walt Disney Concert Hall in 2019 to see Carlile perform Blue straight through. “I was sitting next to you,” John says, “and the joy from your face was amazing.”

“She did such a good job,” says Mitchell. “There have been a lot of covers of my songs, but she’s very true to the original. So it was kind of like going to my own concert.” 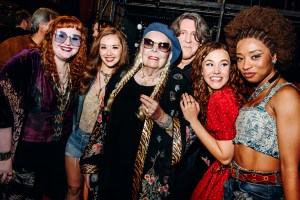 Mitchell hasn’t released an album of original songs since 2007’s Shine, but John expressed hope she’d create another one at some point. “One day, I want you to sit in this room like we’re doing now, but with some recording equipment,” he said. “I want you to make an album in this room because it’s so magical. Every corner of this room is Joni. Everything about it is Joni…And I really want you to consider making a record, maybe new songs, the way you are going, you are tearing up the world at the moment.”

What she’s doing for sure is playing a “Joni Jam” concert with Carlile at the Gorge Amphitheater in George, Washington, on July 10, 2023. The show is completely sold out, and there’s no word about whether or not they plan on booking any more of them.

John, meanwhile, will play the final date of his Farewell Yellow Brick Road tour on November 20 at Dodger Stadium in Los Angeles. He has shows booked all across the planet in 2023, wrapping up July 8 in Stockholm, Sweden.