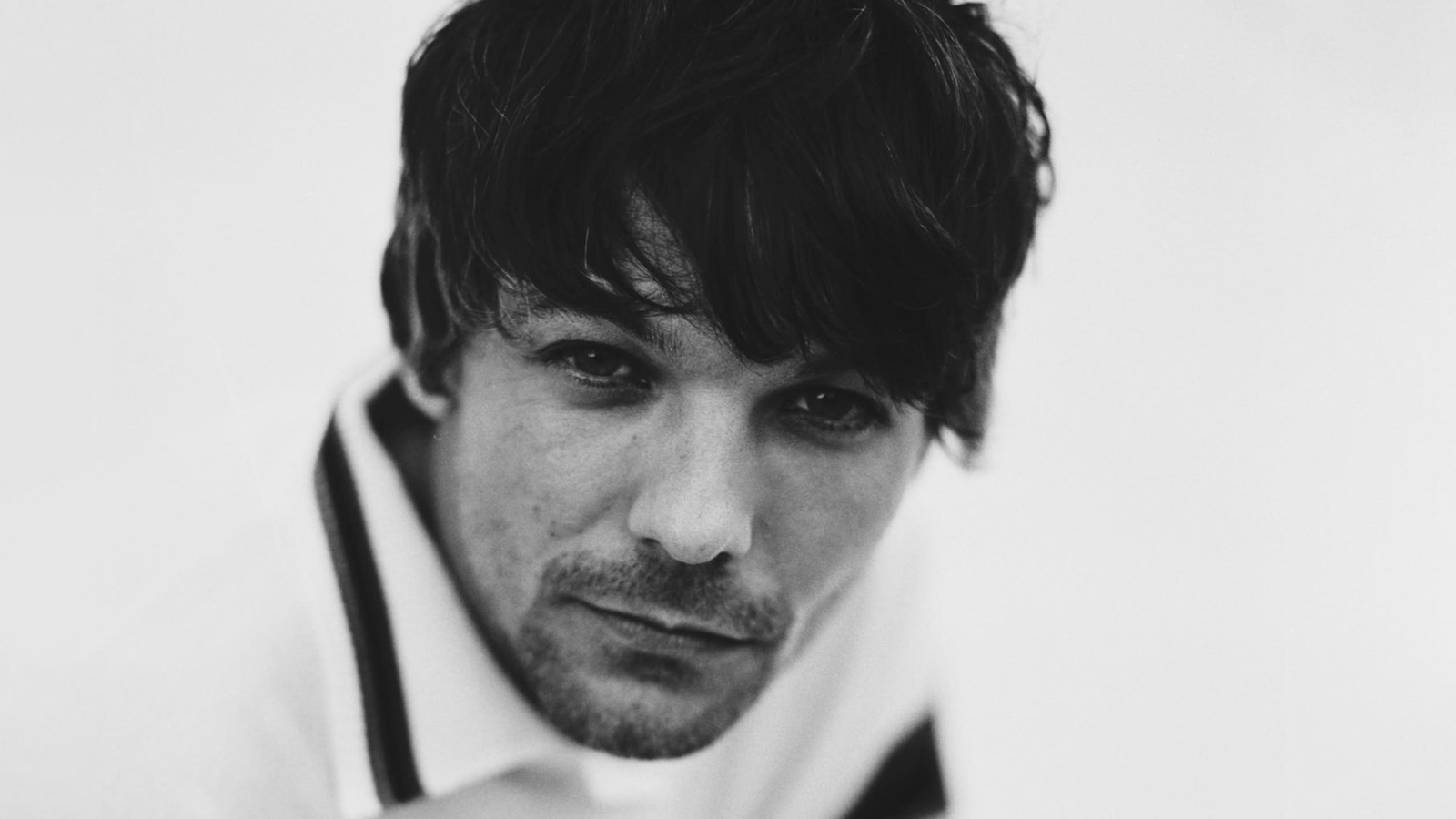 Louis Tomlinson is ready to find his voice as a solo star. His second solo album, Faith in the Future, comes 7 years after the end of One Direction. When he released his excellent solo debut Walls in 2020, he was admirably open about the difficulty of making an album on his own. “It took me a second to get here,” Louis told Rolling Stone. “Because there was a lot of treading water.” But this time feels different for him. As he says now, “I’m just in a more confident place.”

Faith In The Future sounds very distinct from Walls, which was focused on his Oasis-style rock songwriting. It revives the dance sound that he was exploring on his earliest solo singles, when he did collaborations with Steve Aoki and Bebe Rexha. Yet it also has pop ballads like “Chicago” and the Northern English hometown tribute “Common People.” (No relation to the classic Pulp song.) Louis took a break to speak to Rolling Stone about the new album, his love of touring, the confidence he gets from his fans, and his “break free” from One Direction.

Did you feel like you had a lot to prove with this record?

Yeah, man—I had a lot to prove to meself. And a lot to prove to anyone else who’s listening. But I just wanted to be braver with this record. I think there was times on the first album where I kind of dipped my toe into being brave and doing exactly what I wanted to do. But this time I just wanted to embrace what I love musically. There’s a different kind of love for every song. It’s not all trying to be a single. 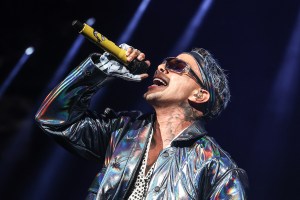 You explore the different sides of your music in this one.

I wanted it to be broad. I was so paranoid about coming across credible on the first record. So there was an element of me being musically closed-minded. It was important for me, on this record, to be broader than that. I started out my solo career with a dance-pop hybrid thing with Steve Aoki. So for the first album, I didn’t want to go anywhere near as kind of dance-y sounds. I suppose on this record, I’m just in a more confident place, so I’m willing to be braver and do things like that. Or at least what feels braver to me.

You bring back the elements of dance from earlier in your solo career. How did you combine them with the rock guitar of Walls?

I often cite the DMA’s album that they did with Stuart Price. That’s a dance record, but there’s still loads of guitars running through the middle of it. So it gave me good inspiration for this album.

The title Faith in the Future—what does that mean to you?

I suppose it’s a bit of personal reflection. I’ve always had to have “Faith in the Future” in my life, in my career. The first record, it felt really emotional. Not that this record doesn’t, but I want to feel hopeful more than anything. So I wanted to honor it with a really hopeful title.

When we talked for Walls, you said it took you a long time to make that first solo album. Why did this one feel more confident?

I was hoping I’d have a full tour completed when I was going to write this record. Obviously, because of Covid, that didn’t happen. But I was lucky enough to have the two live shows I had before Covid got in the way. That was fresh in me mind when I was writing this whole record. And that gave me a lot of confidence. I think that really had a hand in the album feeling more confident as well.

You’ve got rock energy on this album, like “Out of My System.”

Yeah man, it feels like a throwback when I listen to it. I absolutely love that song, man. That’s a song I’m excited about playing live. I really like the video. I’ve been wanting to do a song like that for a while—it’s cool, isn’t it?

Did performing live have an impact on your songwriting for this album?

Massively. It’s my favorite thing to do. I’m lucky enough to have a lot of success touring as well. So I wanted to focus this album around those shows, and create as many exciting live moments as I could, because as a music fan, that’s the times I remember. I love listening to albums—of course I do. But the times that stay in your memory are the live moments.

Youv’ve always been the kind of live performer who makes that direct connection with the audience.

I can’t take full credit for that, because I think it’s about the connection from the fans as well. Definitely. I feel that from them at every show. And I think that’s what makes us feel connected in that moment.

How did it affect your songwriting to be heading into your thirties?

I suppose you never really know, but I like to think there’s maybe a bit more depth, because you think a little deeper as you get older. Maybe the concepts are more mature. But I don’t really feel like a 30-year-old, to be honest with you.

But you’re an artist who’s still evolving and growing, after you’ve been doing this so long.

That’s why I feel incredibly lucky, man. I had all my incredible experience in the band [One Direction]. And then now, we’ve all got time to express ourselves individually. I’ve been in the industry over a decade, which is mad to think, really. But at the same time, my solo career still feels pretty new to me. So it’s lucky to be so excited, having worked this many years in the industry. All artists, we want to constantly evolve, get better, et cetera.

The new song “Common People” is a big statement—where does that come from?

I grew up in Doncaster, so I’ve got that place to thank for who I am. I’m very aware of that and I love it. So it was important for me to have a song that honored that and gave Doncaster its credit. I dressed it up in the form of a love song. But really, the intention was just to give Donny a moment.

Obviously you’re someone with a really loyal and passionate audience that will follow you anywhere. How does that affect your music?

I never, ever take it for granted that I’m lucky enough with this album to be able to express myself in the way that I want to, with this album, because it was a shift from Walls. Often, other artists might be worried about alienating a fan base if you take a shift. But I’m so lucky to have such a loyal and passionate fan base, like you say, that I didn’t really have that worry going into this record. In my own experience, when I’ve followed my heart musically and done what I love, I feel that’s infectious. So it’s incredible having that kind of fan base, and having the confidence to be able to make a record that I want.

Again, I think it’s a testament to both of us. I look at me and my fans as almost like one collective. I can’t take full credit. I really love the relationship I have with my fans, so I won’t do anything to jeopardize it and I’m always trying to look out for it. Always.

Oh yeah, I definitely do. It’s kind of a break free of who I was in the band [One Direction]. And that’s not to say I wasn’t myself in the band, but when you’re a young lad in a situation like that, I don’t care fucking how mentally tough you are, there is an element of you trying to fit a brief. And some people are putting that pressure on you. But I would say, there was an element of dumbing myself down a little bit, and being one of four or five. Whereas now, I’m lucky enough to be able to just express myself individually. And I think that’s what this album has done.

I mean, one thing that doesn’t normally happen from a band—there’s normally a couple of people that do all right out of it, but to see *everyone* doing so well is incredible. And I think that is down to individual identity, and also us being quite different. That’s quite interesting—the fact that we fit together as a band, but when you listen to our own music, it’s quite different.

That was something that was really important to me, because it’s not that the first record lacked identity—I just think it was a little bit confused at times about what it was. Where this album, I think it’s pretty clear. I do think it’s a good expression of me, what I like musically, who I am as a person. It’s been challenging at times, but I think you’ve got to take it all with a pinch of salt. It’s the easiest way to stay sane, really.