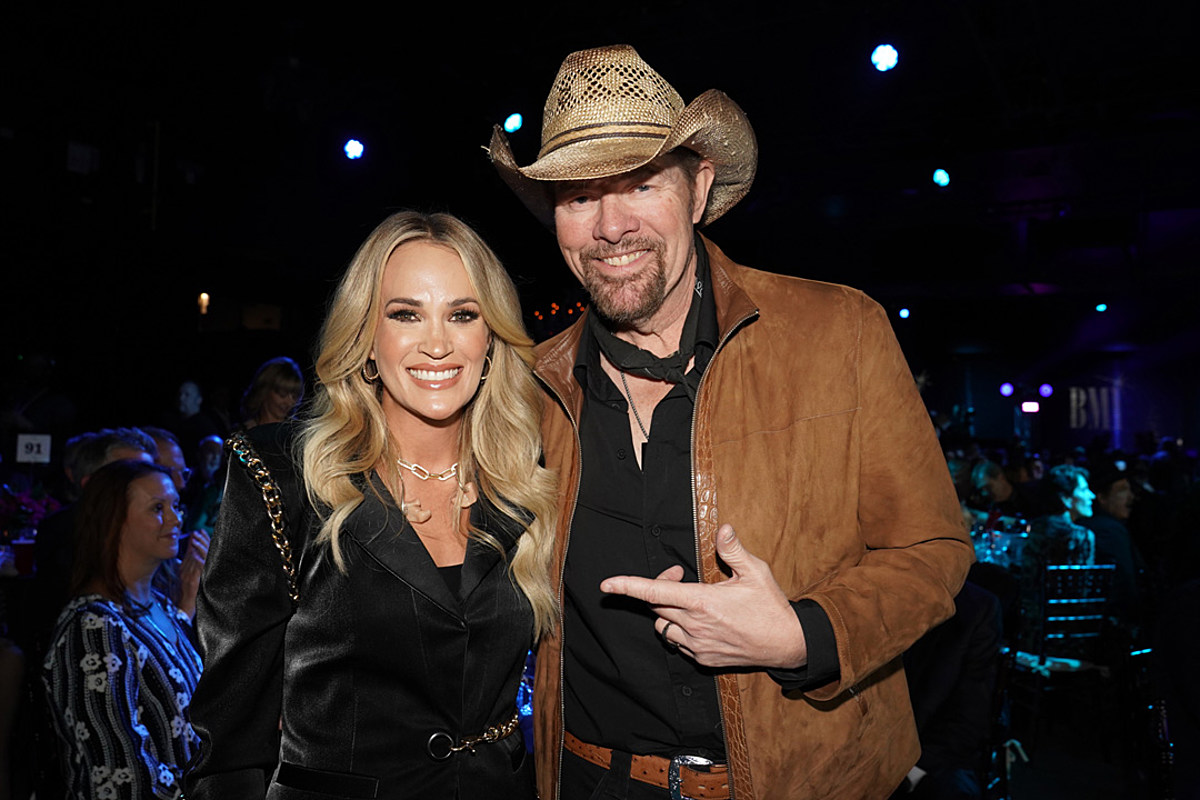 Carrie Underwood and Eric Church were among the contemporary hitmakers to celebrate Toby Keith with a song at the BMI Country Awards on Tuesday (Nov. 8).

Singing “Should’ve Been a Cowboy,” Underwood paid tribute to a fellow Oklahoman on a night when Keith became a BMI Icon.

He joins an elite group of songwriters who’ve earned the honor, like Willie Nelson, Dolly Parton, Loretta Lynn, Hank Williams Jr. and more. During his remarks, he talked about why songwriting — and his decision to join BMI — is the foundation of his success.

“I always felt that the songwriting was the most important part of this whole industry,” he said to cheers from the crowd around him. “Everybody — rock, country, R&B, whatever it was — the artists that I had were songwriters. They weren’t artists that covered music, they were songwriter/artists. Something in my gut, down in my core, said that that was what I wanted to do.”

Underwood stayed true to Keith’s debut single during her performance. Church, on the other hand, strayed far from the original arrangement of “I Love This Bar” from 2003. The “Springsteen” singer made it a rousing acoustic ballad and altered the melody of the song in a way that’s familiar to his fans.

An additional tribute to Keith would come from Dean Dillon and Scotty Emerick, two of his frequent co-writers. The men performed “A Little Too Late” together as the singer watched from the audience.

“I always say that if you wanna be the best songwriter on the planet, you come here,” Keith shared.

The appearance was Keith’s first industry appearance since revealing he was undergoing cancer treatments earlier this year. He has remained tight-lipped about his prognosis, or even if he’s in recovery. Aside from looking thinner than fans might remember him, the 61-year-old appears strong and in good spirits in video shared by BMI.

Other notable winners from the BMI Country Awards were Hardy, who won Songwriter of the Year, and Luke Combs’ “Forever After All,” which won BMI Country Song of the Year. The 50 most-performed country songs were also recognized during the ceremony at the BMI offices.

These Country Stars Have Battled Cancer

So many of country music’s biggest stars have battled cancer. Sadly some lost that battle. Here is a list of some of the country artists who’ve fought the disease.