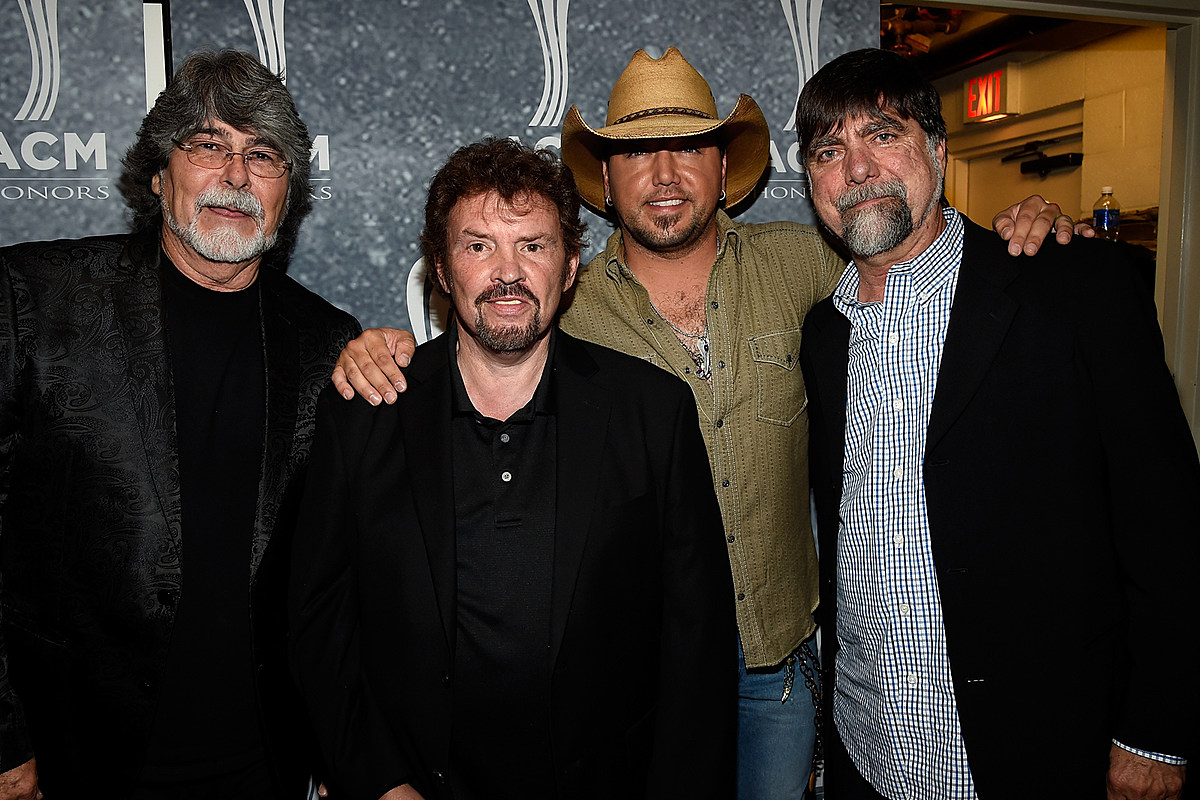 Jason Aldean is among the many country stars, fans and friends who turned to social media on Tuesday (Nov. 8) to react to the death of Alabama‘s Jeff Cook, sharing that he had gotten to play with him several times over the years.

“So sad to hear of the passing of Jeff Cook,” Aldean writes on Twitter. “I spent a lot of my life listening to him play guitar, what an iconic sound he had. I got a chance to perform with him multiple times over the years and I will never forget it.”

Cook died on Monday (Nov. 7) at his home in Destin, Fla., with his family gathered around him, according to a statement from his publicist. He had battled Parkinson’s disease for a decade, but did not go public with his diagnosis until 2017, when he announced that he was stepping away from performing live full-time with the Country Music Hall of Fame inductees due to his health.

Cook joined his cousins, singer Randy Owen and bassist and harmony vocalist Teddy Gentry, in the group in 1969, initially performing under the name Wild Country. They later changed their name to Alabama and landed a deal with RCA Nashville, producing a string of 33 No. 1 hits on Billboard‘s Hot Country Songs chart that began in 1980 with “Tennessee River.”

Cook sang and played guitar, fiddle and keyboards in Alabama, which went on to become one of the most celebrated and commercially successful acts in country music history. “Mountain Music,” “Dixieland Delight,” “There’s No Way” and “Song of the South” are also among the group’s biggest hits, and the band changed the way country acts approached their live shows, bringing a prominent rock element to their energetic concerts that influenced subsequent generations of artists.

Aldean released his own cover of Alabama’s “Christmas in Dixie” in advance of the Christmas season in 2022, calling the band his “musical heroes,” and it earned him a thumbs-up from Randy Owen.

“Obviously, I wanted to kind of pay tribute to those guys, and you want them to be proud of it, too,” he tells Taste of Country Nights host Evan Paul. “Getting that text from Randy that day and getting his stamp of approval on it was really cool. It meant a lot, for sure.”

Funeral plans for Jeff Cook are to be announced.

PICTURES: Alabama Through the Years

Take a look back at these highlights from history-making country band Alabama’s incredible career.

In Memoriam: Country Stars Who Have Died in 2022

May they rest in peace …