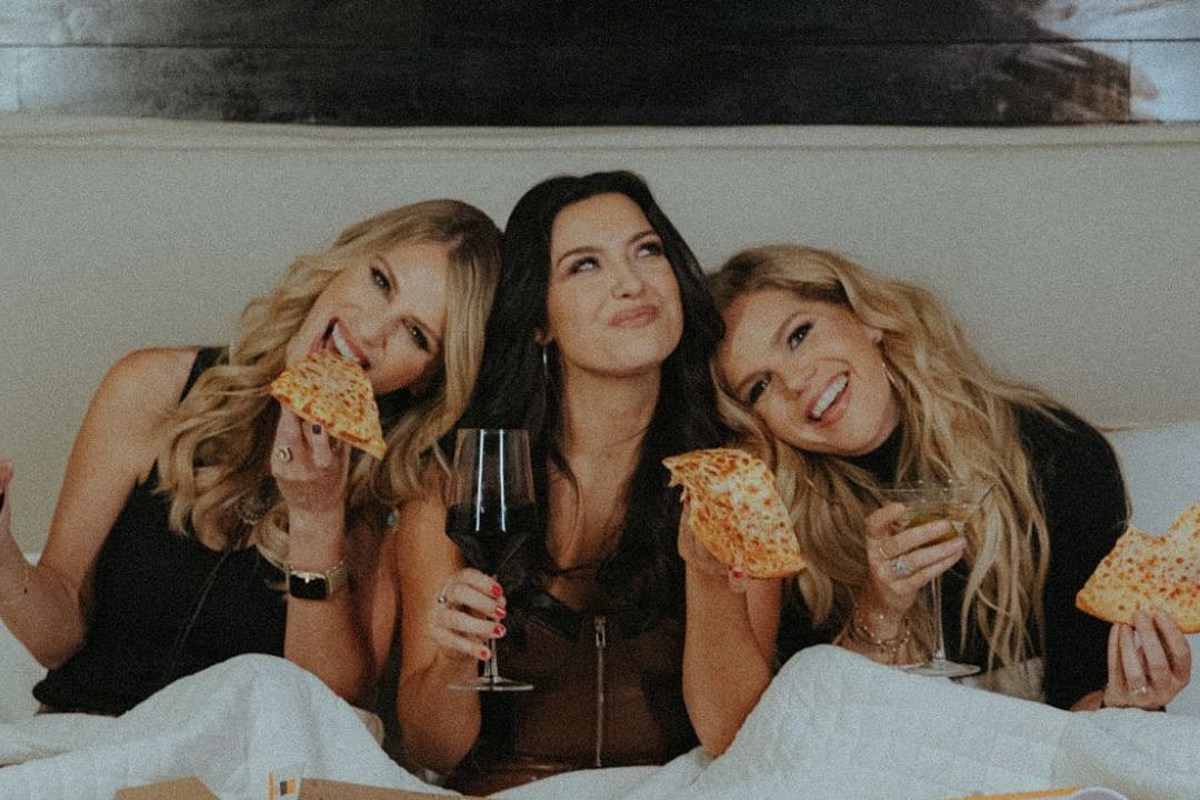 Runaway June are ushering in a new era with their new song “Broken Hearts (Do Broken Things).”

“Broken Hearts (Do Broken Things” is a playful confessional on what a devastating relationship can cause a person to do — and the list is endless.

“She’s been making out with strangers / Shoots tequila without chaser / Been crying in the club Sweepin’ tears under the rug / She’s been dancing up on tables / Call her crazy and unstable / But she ain’t as messed up as you think / Broken Hearts Do Broken Things,” they proclaim with sass.

“We all have that friend (or are that friend) that gets their heartbroken and makes questionable decisions after a breakup. This song is a fun take on that and a more supportive approach and not a judgmental one,” Runaway June tell Taste of Country of their newly-released song, which Mandi Sagal, Sarah Lake and Steve Fee wrote.

Given this relatable storyline, the trio say it was a “no-brainer” selecting it as the follow-up song to their hit single, “Buy My Own Drinks.”

“It felt like an anthem and a song that the fans would love. We have been writing nonstop for this new chapter and are excited to share more on the new sound,” they share.

Beaming with excitement, Runaway June tease that “lots of new music” is in the pipeline for 2023 as they prepare to re-introduce themselves with a new lead singer while maintaining their signature harmonies and artistry that fans have grown to love.

“We’ve written and recorded so many great songs we are really excited about and it feels like we’ve really created a unique sound. The live shows are filled with multi-instrument solos, three-part harmony and a lot of crowd interaction!! We can’t wait to bring the new music on the road in 2023!”

There are plenty of feel-good country jams on this list of the top country songs of 2022, but the No. 1 song is a gut punch. These 10 songs are ranked by critical acclaim, radio and sales success, and importance to the genre.
Five of the 10 artists made our Top Country Songs list from 2021 as well, but there are no repeats. If a song made a previous list or didn’t spend most of its time on the charts in 2022, it’s not eligible. So, before you ask where your favorite song is, be sure the miss isn’t just a technicality.
This article was originally published by Theboot.com. Read the original article here.
Music
Share on Facebook
Share on Twitter
Share on Pinterest
Share on LinkedIn