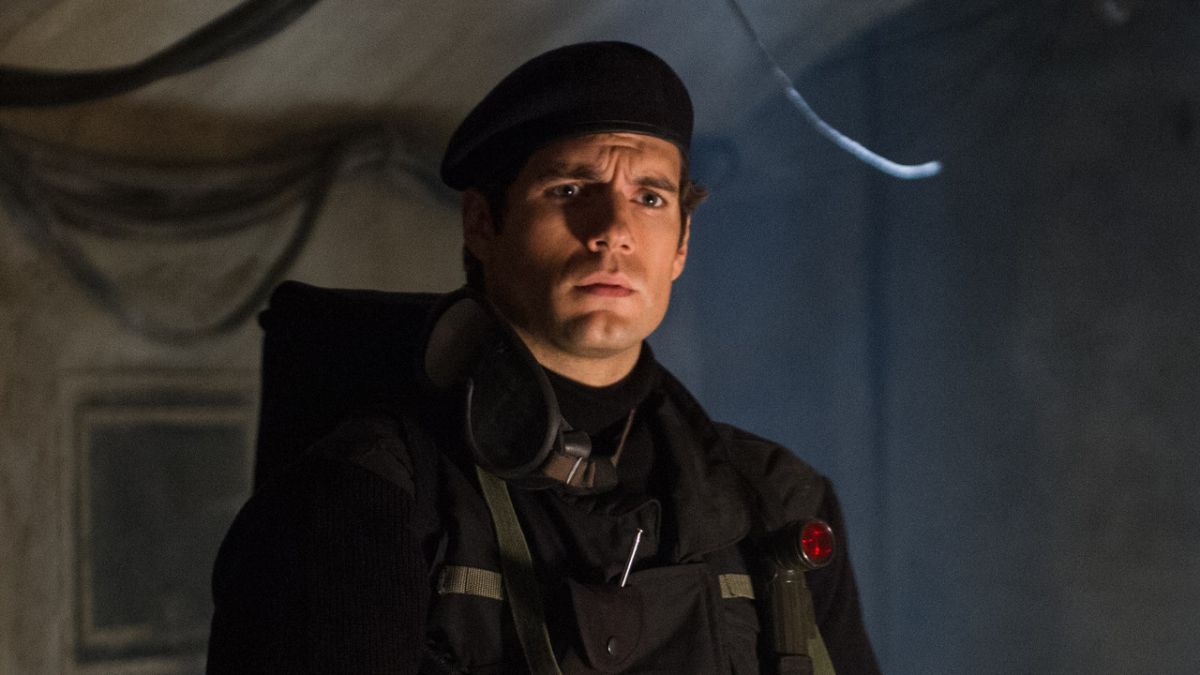 As Henry Cavill announced at the top of the week, he’s back as Superman and his recent cameo during the end credits of Black Adam was but a “small taste of things to come.” It’s exciting news for the future of DC Movies, but while we wait for movement on the next appearance of the Man of Steel, Cavill is staying booked and busy by signing on to another movie with his The Man From U.N.C.L.E. director, Guy Ritchie.

Cavill has reportedly signed on to a World War II-era action film, The Ministry Of Ungentlemanly Warfare, alongside Baby Driver actress Eiza González. The movie will see Henry Cavill and Guy Ritchie re-team for another spy genre film after he played Napoleon Solo in 2015’s U.N.C.L.E flick. Ungentlemanly Warfare is already set to begin production in January in Turkey, per Deadline.

The movie’s story is inspired by Winston Churchill and James Bond author Ian Fleming’s secret and unconventional combat organization that would become movers and shakers in World War II and ultimately inspire the modern Black Ops unit. The organization implemented fighting techniques fit for an un-gentleman. Henry Cavill will play the squad’s leader, and Eiza González will be a sniper and talented spy, assumedly in the organization with him. More casting news will be on the way regarding the rest of the organization’s members and so forth.

An intriguing tidbit of the report is that The Ministry Of Ungentlemanly Warfare has been written by Guy Ritchie and Arash Amel as the beginning of a franchise. Wait, how is Henry Cavill going to be in all these places at once? The actor is also the star of The Witcher (though he’s not returning for Season 4) and about to return as Sherlock Holmes in Enola Holmes 2. If anyone can do it, I guess Superman can.

The Ministry Of Ungentlemanly Warfare is also yet another connection Henry Cavill shared with James Bond without actually playing the character (despite being a fan favorite pick). Plus, Cavill recently shared that he was neck and neck with Daniel Craig to play 007 back in the day, but came down to him being too young at the time. Next year Cavill will also play a spy in Argylle, alongside a stacked cast, which is also planned as a trilogy.

Henry Cavill has a lot on his plate with a range of exciting projects, and The Ministry Of Ungentlemanly Warfare is a welcome upcoming addition to this resume. In 2015’s The Man From U.N.C.L.E., Guy Ritchie and Henry Cavill put out an impressive and exciting spy film and they seem eager to team back up.

Of course, we’ve all got Superman on our minds right now, but the announcement is just the first step to the highly-anticipated return of the Man of Steel following his brief return for Black Adam. Until DC figures out its plans, we’ll happily watch Henry Cavill in these other roles.