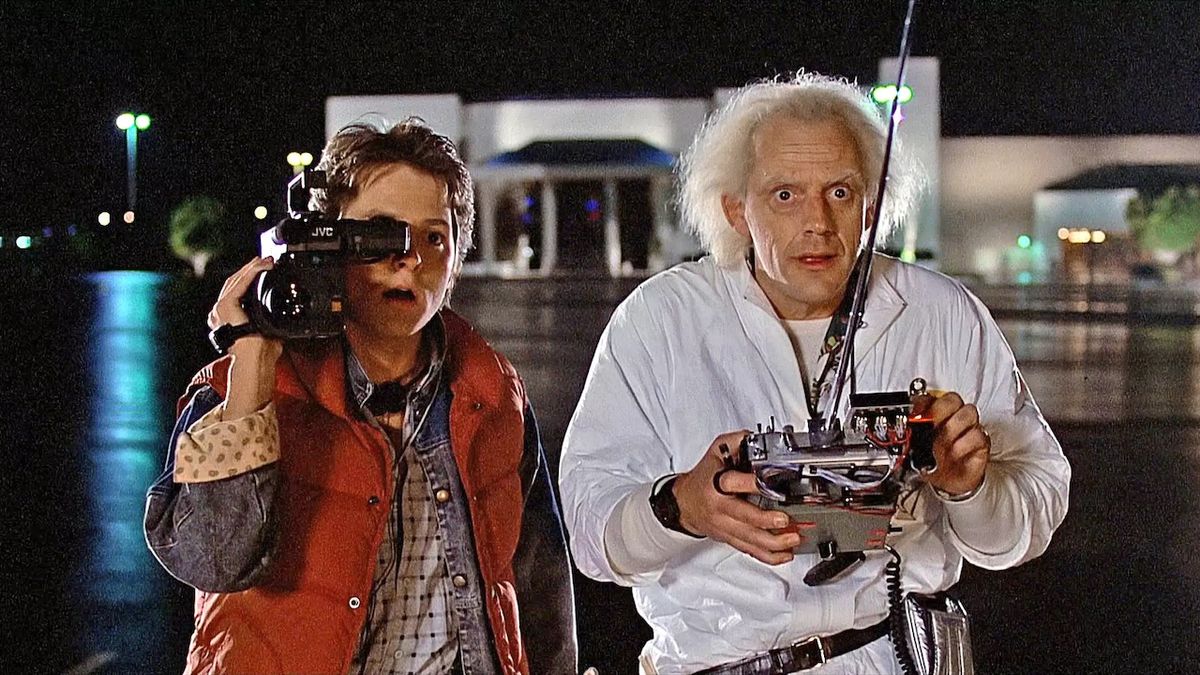 As 1985’s Back To The Future remains one of the best sci-fi movies of all time, the concept has been adapted into a musical, which has made waves in England since it premiered in Manchester in early 2020. Following its success across the pond, Back to the Future: The Musical is heading to Broadway next summer, and Christopher Lloyd pitched in to celebrate its upcoming New York debut.

Lloyd, who famously played Doc Brown in the Back To The Future trilogy and remains an iconic symbol of the film all these years later, joined Back To The Future: The Musical’s Doc Brown to promote its move to the U.S., and it’s pretty heavy. Check it out:

Great Scott! Jump into the DeLorean Time Machine and set your time circuits to August 3, 2023 for the official Broadway opening of Back to the Future: The Musical starring Roger Bart and Hugh Coles at the Winter Garden Theatre! #BacktotheFutureDay https://t.co/2TCPXjzF84 pic.twitter.com/aQaK1ot5CKOctober 21, 2022

In the 30-second teaser for the musical shared on Twitter, Christopher Lloyd appears as himself selling the DeLorean time machine to Roger Bart’s Doc Brown. When Brown asks him whether it’ll get to 88 miles per hour, Lloyd has a sparkle in his eye as he says “Trust me.” Brown name-drops the particular theatre the story will hold residency in, The Winter Garden Theatre, and gets in the car to say “I’ll be back in no time” while he test drives the vehicle.

Lloyd then says he highly doubts he’ll be back, quipping he thinks he’ll be at the Winter Garden for a “long time.” It’s a dialogue that mirrors some of the phrasing we’ve heard before in the original Back To The Future films. And seeing the original Doc Brown send off the stage actor ahead of its Broadway run is seriously the best way the musical could sell itself.

As the advertisement shares, Back to the Future: The Musical will officially come to Broadway on August 3, 2023 and tickets are already going on sale next week starting October 28. The musical will star Roger Bart as Doc Brown, who has been the only actor to play the role thus far, following being a Tony award winner for playing Snoopy in the 1999 revival of You’re a Good Man, Charlie Brown and the voice behind Hercules’ “Go The Distance” track, among other career achievements.

Playing the role of George McFly is Hugh Coles, who also originated the role when the musical debuted in 2020. The casting for Marty McFly, of course originated by Michael J. Fox, has yet to be revealed, but will be “announced shortly,” per a press release. The book for Back To The Future: The Musical was written by Bob Gale, who co-wrote the original movie with Robert Zemeckis.

The musical features original music by Alan Silvestri and Glen Ballard, along with use of iconic songs from the movie like “The Power of Love” and “Johnny B. Goode.” And fun fact, when Michael J. Fox filmed the Johnny B. Goode sequence for the movie, it took him four weeks to prepare for it, so imagine someone paying tribute to it night by night.

Over the years, the Back To The Future filmmakers have been insistent on the ‘80s movie never getting a reboot. That said, the story is certainly getting new life on the stage, and a Broadway run will be huge for the production. And we live in a world where the DeLorean cars are actually getting made again. Great Scott, Back to the Future fans!

Angela Bassett Recalls How A 12-Year-Old Keke Palmer Actually Got Her The Role As Her Mother In Akeelah And The Bee
When Are the Final Too Hot to Handle Season 4 Episodes Being Released?
Christina Ricci Is Ready to Pass the Torch to the Next Wednesday
Country Music Memories: ‘Nothing on But the Radio’ Goes to No. 1
2022 Goodreads Choice Awards Winners Announced