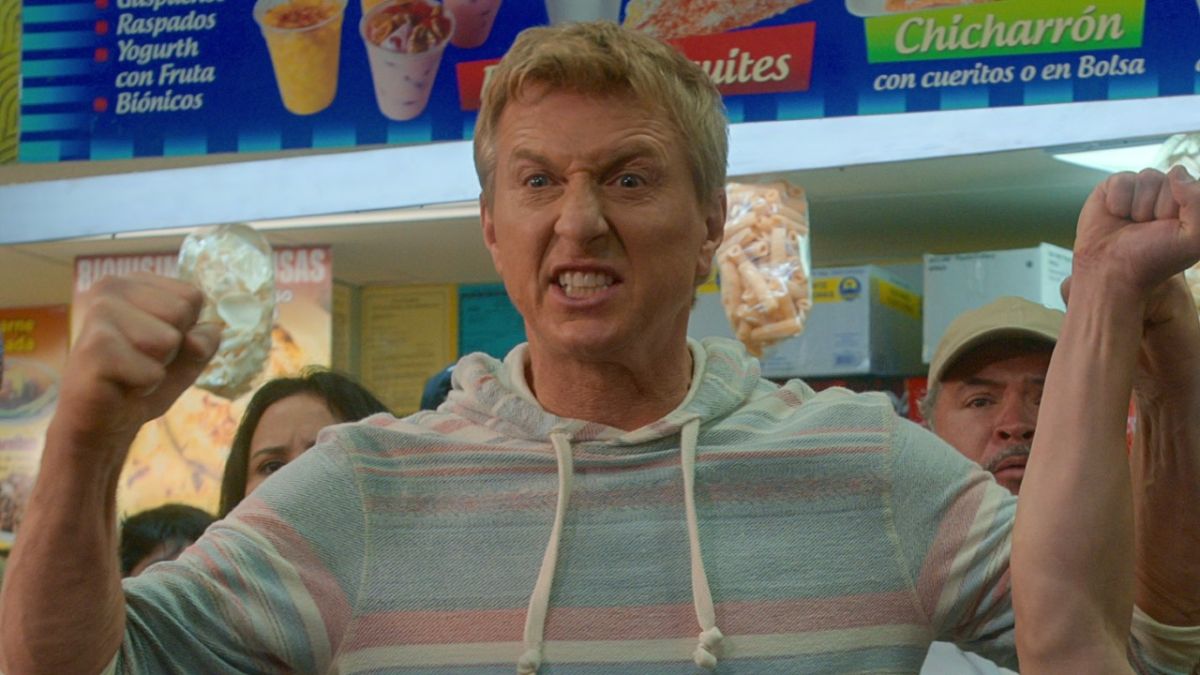 Cobra Kai, the successor series to The Karate Kid film franchise, is still as beloved by fans as ever following the conclusion of Season 5, and the wait for Season 6 has already been heightened by the news that a new Karate Kid movie is coming in 2024. Those wondering if and how Netflix’s series will connect to the impending film need not ponder too heavily any further, as co-showrunner Jon Hurwitz has clarified the two projects’ relationship to one another, or the lack thereof.

Despite actors like Ralph Macchio hypothetically talking about Cobra Kai spinoffs that could happen, it doesn’t sound like the upcoming Sony movie slated for June 7, 2024 is within those lines of thought. Co-creator and EP Jon Hurwitz tweeted out a message following the movie’s announcement, and made it clear where it currently stands in regards to the Netflix hit’s story:

The news that the upcoming Karate Kid movie seemingly has nothing to do with the Cobra Kai series will likely be disappointing to hardcore fans. The showrunners have generally described their streaming dramedy as observing the Miyagi-verse, meaning that they adhere to the big screen efforts featuring Pat Morita’s wise sensei Mr. Miyagi. It’s entirely possible this upcoming feature could also revolve around Mr. Miyagi in some way (though please God not a recasting), though Cobra Kai‘s creative team apparently didn’t get any of those memos.

This latest update from Jon Hurwitz is confusing, as the only information that was revealed about the upcoming Karate Kid movie was that it will be “the return of the original Karate Kid franchise.” But it’s hard to imagine how that’s the case at the moment if the co-showrunners of Cobra Kai are not involved, not to mention the stars themselves, Ralph Macchio and William Zabka. Perhaps future details will clarify this movie’s place in the franchise, and hopefully explain what it even is exactly. Could it specifically follow the lore from the later films?

It may not be ideal that Sony has a Karate Kid movie coming out that may have nothing to do with Cobra Kai, but it’s not entirely unheard of. Star Trek is an example of a franchise whose films and TV shows were once heavily linked to its television shows, though now exist largely as separate and different universes. Both have managed to thrive and be successful, despite all the more recent troubles the franchise has had with trying to get Star Trek 4 off the ground.

While Cobra Kai’s co-showrunners aren’t involved in any upcoming Karate Kid movies to date, they do have a high-profile feature that is based on another iconic ‘80s movie. Sam And Victor’s Day Off is an upcoming spinoff that will follow the valet drivers who appeared in Ferris Bueller’s Day Off, which seems like an interesting premise. As such, it would’ve been awesome to learn that they’d be lending their talents to a new movie set within Miyagi-verse, but for now, everyone can enjoy their many Cobra Kai successes with a Netflix subscription.

As mentioned, the new Karate Kid movie is slated to be released on June 7th, 2024. Surely more details about the apparent franchise continuation will be unveiled in the coming months, so don’t stray too far from the dojo.