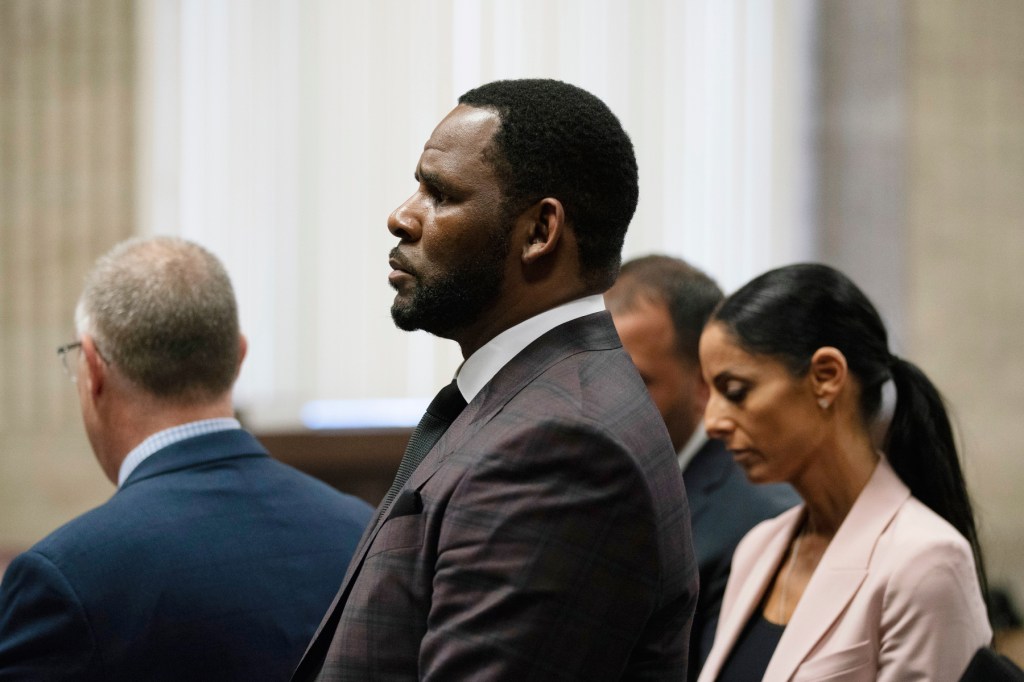 Chicago, IL — The jury begun its deliberations in the R. Kelly federal trial at Dirksen U.S. Courthouse on Tuesday, where it will decide the fate of the disgraced singer who is charged with 13 counts of producing and receiving child pornography, enticing minors to engage in criminal sexual activity, and conspiracy to obstruct justice. Jurors will also rule on related charges for his co-defendants, former business manager Derrel McDavid and former assistant Milton “June” Brown.

Before the deliberations began Tuesday afternoon, Kelly’s lead attorney Jennifer Bonjean asked jurors to put aside what they knew of the singer and “think of Robert Kelly as a John Doe,” like some of the accusers who testified against him. She asked the jurors do their job to decide the case based only on the evidence that was presented in the current trial. 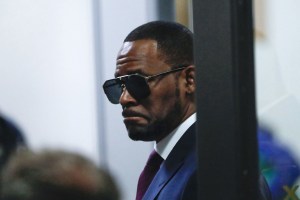 “Your beliefs [are] not evidence… You can think he’s the most amoral person on the planet,” she said, but she added that the “dubious evidence” the prosecution presented should lead the jury to find him “not guilty of all the counts,” she said at the end of her closing argument.

Over the course of four weeks, Bonjean said, some of what was presented in trial had nothing to do with this case, including accusations from Tiffany Hawkins and other lawsuits, alongside sex tapes allegedly made that are not connected to the current charges.

She noted Jane —  the 14-year-old girl central to the current trial and the one in 2008 whom Kelly is allegedly depicted molesting in video clips that were played for the jury — had initially denied her involvement and that she never said she was “forced” by Kelly to do so, despite Jane identifying herself now, 20 years later. In fact, he and Jane also continued to be friendly, Bonjean added, exchanging texts into 2019 around when the docuseries Surviving R. Kelly arrived.

Like McDavid’s lead attorney Beau Brindley outlined during his closing argument on Monday, Bonjean reiterated that some of the witnesses were granted immunity in exchange for their testimony, many of whom she said were liars and extortionists who took advantage of Kelly. This included Charles Freeman, who was paid to retrieve “performance tapes” — not child porn, she said. She also questioned the existence of Video 4, which the prosecution claimed depicted Van Allen, Jane and Kelly engaging in sex acts, but it was never presented in trial. Likewise, fifth alleged survivor “Brittany” — whom Jane and Pauline said they were involved in threesomes with Kelly when the girls were all underage — was absent from the proceedings.

It all amounted to “manipulation to create a narrative to suit them,” Bonjean said of the prosecution’s case against her client. As she concluded and asked jurors to find Kelly not guilty, she reminded them that “every count counts,” as she said at the beginning of her closing argument, where she urged them to take their time, consider each count, and consider each defendant and their respective charges separately.

“R. Kelly had to have what he wanted,” she said, quoting earlier testimony from McDavid. What R. Kelly wanted, Appenting said, was to “have sex with young girls,” and his co-defendants allegedly worked to help him cover that up.

“You saw how he was using her body, flipping her over, throwing her around like she was some rag doll,” Appenteng added, reminding the jurors of the clip they saw which allegedly depicted Kelly paying money to Jane so that if anyone saw it, Jane said, it would appear that she was a prostitute. “That’s what this case is about. Jane. Those videos.”

Appenteng also blasted McDavid’s claims that he was unaware of Kelly sexually abusing underage girls while he worked for him as a CPA and business manager and as his friend. He was “conveniently absent” during crucial decisions and moments despite essentially having skin in the game, and instead deferred to the legal team he assembled, three of whom are dead, effectively taking “himself out of the narrative.”

She said that McDavid’s team using Kelly’s acquittal in the 2008 trial to prove the point their client is innocent was rather incredible because “that jury was scammed,” she said. “That case was fixed because Robert Kelly, Derrel McDavid, and others caused Jane to lie to the grand jury and be absent from trial.”

Appenteng ended by bringing it back to the accusers. “Jane was a child. Nia was a child,” she told the jury. The other accusers were also all children, she said, and the defendants should be found guilty.

The jury did not reach a verdict after deliberating on Tuesday afternoon. They are expected to continue deliberations on Wednesday.

10 of the Best SFF Releases Out in October 2022
Kelsea Ballerini Brings Carly Pearce Onstage For Surprise Duet
Reese Witherspoon Knows She’s Out Of Touch With The Kids Talk, And Honestly Same
Lesbian, gay and bisexual employees more likely to be bullied in workplace, study finds
I Test Drove Samsung’s New Flip Phone and Fell in Love