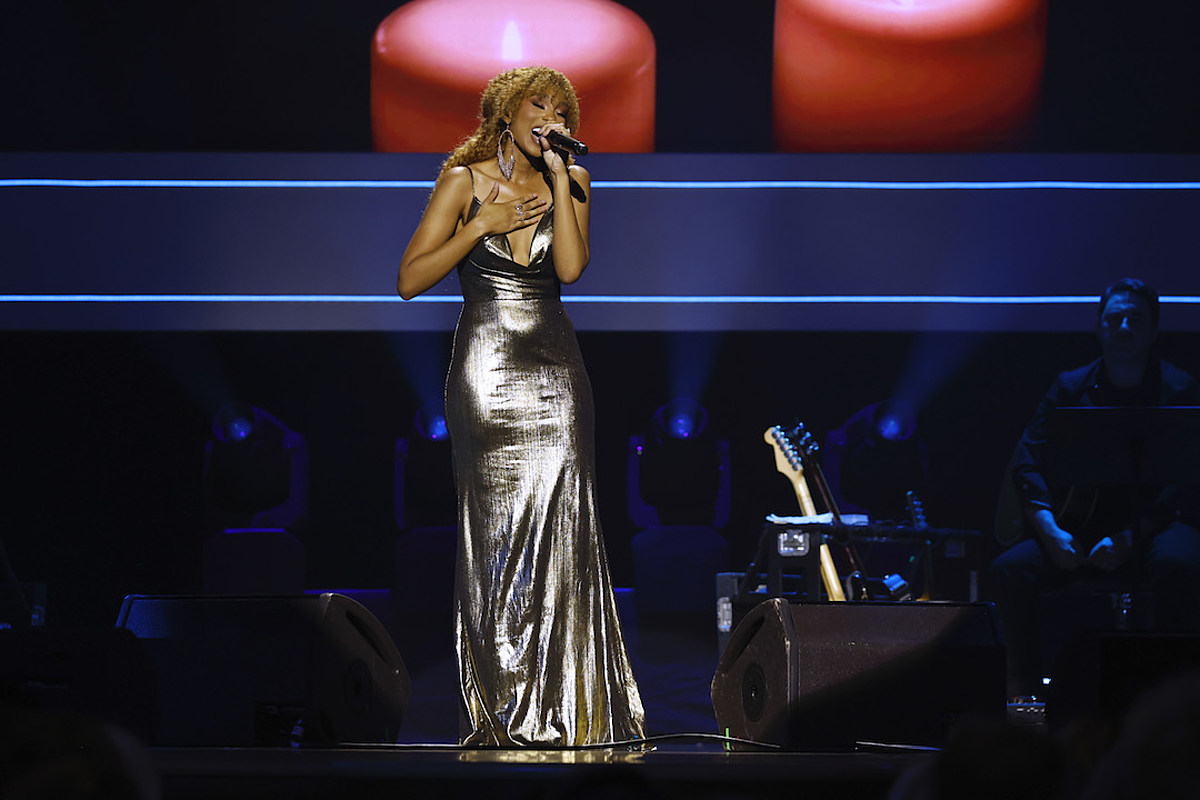 An outfit mishap at the ACM Honors led to a special moment — and very memorable Ryman debut — for rising artist Tiera Kennedy, who helped tribute special honoree Shania Twain at the show with a performance of Twain’s 1998 hit, “From This Moment On.”

Kennedy showed up to the 2022 ACM Honors red carpet wearing a floor-length, flowing pink dress with long sleeves and a plunging neckline, but she quickly realized that another star who was also set to perform that night had chosen that same outfit. With an hour before she was set to take the stage, she panic-called on her dad, who brought more dresses for her to choose from.

During the wardrobe snafu, Kennedy was sharing a dressing room with Twain as well as Kelsea Ballerini, who was also set to honor Twain that evening.

The result? Kennedy wound up selecting a dazzling, metallic silver gown for her performance, and her dressing room companions realized that it would go perfect with a pair of Twain’s oversized, tear drop shaped hoop earrings. The rising singer wound up borrowing the earrings for the performance, making her appearance onstage — her first ever at the Ryman — extra special.

“I got to make my Ryman debut at ACM Honors singing one of my favorite Shania Twain songs, ‘From This Moment On,’ in front of her and shared a dressing room with her all in one night,” Kennedy recounts to Taste of Country.

“I had a serious ‘pinch me’ moment when I was getting ready for my performance and she asked me if I wanted to wear her earrings,” the “Found It in You” singer continues. “I couldn’t believe it! They were like my little good luck charms up on that stage.”

Of course, she wasn’t the only artist that evening wearing a “good luck charm” from Twain’s wardrobe: Ballerini walked the ACM Honors red carpet while wearing Twain’s white gown from the 1999 Grammy Awards, which was the night she won a Grammy for “You’re Still the One” and performed “Man! I Feel Like a Woman.”

The 2022 ACM Honors will air on FOX on Tuesday night (Sept. 13) beginning at 8PM ET. Carly Pearce hosts the show.

Miranda Lambert, Hardy and Dan + Shay were among the country singers at the 2022 ACM Honors who brought their significant others with them to the red carpet. Others like Morgan Wallen, Lainey Wilson and Shania Twain flew solo. See the best dressed from the Aug. 24 ceremony in Nashville. We also included several photos from the show that feature additional fashion statements.
This article was originally published by Theboot.com. Read the original article here.
Music
Share on Facebook
Share on Twitter
Share on Pinterest
Share on LinkedIn

5 things you need to know about Shangela as Drag Race icon joins Dancing With The Stars
Trick or Treat Studios Releases New Wave of ‘House of 1000 Corpses’ Action Figures
Why Are We So Obsessed with Disney Princesses?
‘The Nun 2’ – Storm Reid Will Battle Valak in Upcoming Sequel
Sam Raimi-Produced Sci-fi Thriller ’65’ from Writers of ‘A Quiet Place’ Gets New Date