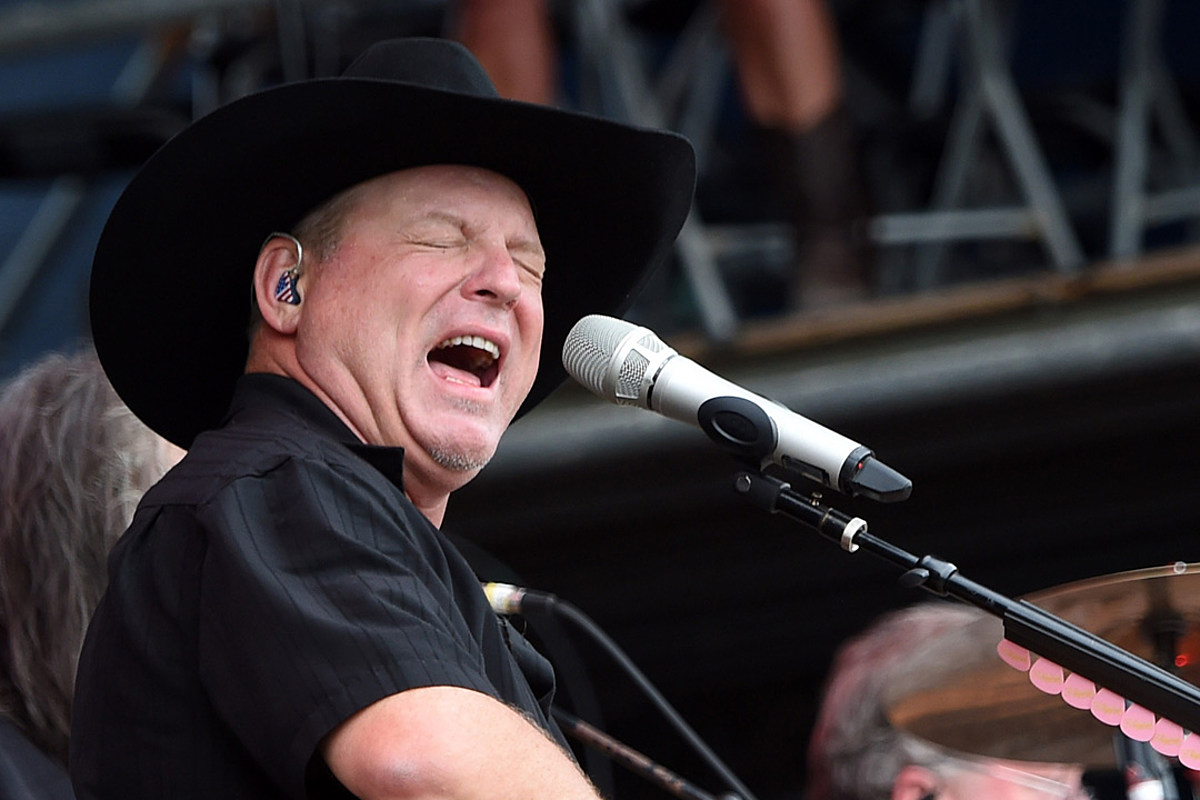 John Michael Montgomery was involved in a serious bus crash on Friday (Sept. 9) that left three people injured. The country singer was on his way to a concert in North Carolina when the accident occurred.

WATE-TV in Campbell County, Tenn., shares that the country singer’s bus was traveling south along I-75 near Jellico, Tenn., when it veered off the road and hit an embankment and overturned.

Tennessee Highway Patrol report notes that three people were injured: Montgomery, Marc Wood of Frankfort, Ky., and William Salyer of Staffordsville, Ky. Of the three, only Salyer was not wearing a seatbelt.

The extent of the other two men’s injuries is not known, but Montgomery expressed hope he’ll be back on the road again soon.

“Despite some cuts and broken rips, I am doing well,” he posted to Facebook on Saturday. “I will take some time over the next couple of weeks to heal and be back on the road soon.”

The ‘90s and early ’00s country hitmaker’s next show isn’t for two weeks, in Indiana, with three additional shows rounding out his tour year. WATE has two pictures of the crash, both showing the bus lying on the driver’s side in the middle of the highway. No charges are pending.

“I am grateful to the medics and highway patrol for their quick response to this difficult situation. Thanks to everyone for their concerns,” 57-year-old Montgomery writes on social media.

While not a force in contemporary country, Montgomery established himself as one of the format’s biggest hitmakers in the 1990s. Ballads like “I Swear” and “Life’s a Dance” are among the best of the decade, while songs like “Sold” is nearly as iconic as Alan Jackson‘s “Chattahoochee.” He is brother to Eddie Montgomery of Montgomery Gentry and father to country newcomer Walker Montgomery. His daughter is also set to marry country singer Travis Denning in 2023.

The bus crash came one day after the five year anniversary of the death of Eddie Montgomery’s friend and bandmate, Troy Gentry. Eddie paid tribute to “T-Roy” on social media earlier in the day.

R.I.P. — 17 Country Singers and Songwriters Who Died Too Soon

If you call yourself a real fan of ’90s country music, you probably need to know the words to all of these hit songs.