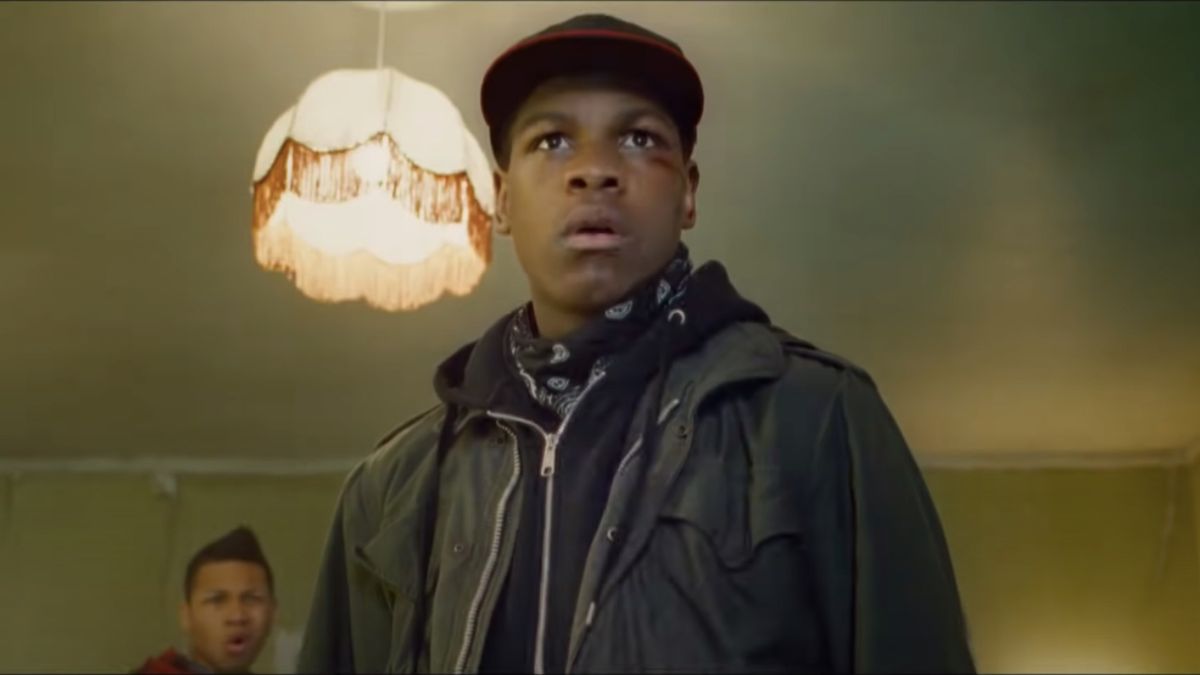 Ever since his breakthrough performance as Finn in the Star Wars Sequel Trilogy, John Boyega has been a massive star, being cast in projects left and right. However before he was an A-lister, he starred in the 2011 critically acclaimed film Attack The Block. The film has risen in prominence over the years and become a cult favorite, and now Boyega will be returning to his old stomping ground with Attack The Block 2.

While speaking to Collider, the Star Wars alum expressed his love for Attack the Block and shared an update on how development for the sequel is progressing. Giving fans a long-awaited status report, the British actor said:

It’s great to hear that the development process is going so well and that and we will receive the anticipated sequel in the near future. Boyega offered more details regarding the story and the characters Attack the Block 2 will follow, saying:

I don’t know about you, but this film seems like it’s going to be an absolute blast. With John Boyega’s popularity skyrocketing since the first film, and fantastic source material to build off of, we may have a surprise hit on our hands. Director Joe Cornish as been discussing Attack the Block 2 ideas with Boyega for years now, so there’s clearly a lot of time and effort being put into this project. For those unfamiliar, Attack The Block was a low budget British film about a teenage street gang who face an alien invasion on a council estate in South London on Guy Fawkes Night.

Ever since the conclusion of his Star Wars tenure, Boyega has been quite busy pursuing smaller projects outside the blockbuster franchise realm. The Detroit star will be appearing alongside Viola Davis in The Woman King, project Boyega is very much excited about. He will also be starring alongside Jaime Foxx in a pulpy comedy titled They Cloned Tyrone for Netflix. The film looks incredibly stylish and fun from the first-look photos provided by Foxx.

Boyega has been vocal regarding his mixed experience as a centerpiece for the Star Wars sequel films. Given his choices recently, he has much more of an interest in more personal projects, like Attack The Block 2. I’m glad Boyega has found a career avenue he is comfortable with and will serve him best as an actor.

While we wait for more updates regarding this long awaited sequel, you can stream Attack The Block with a Starz subscription. You can also revisit some of his other performances, including those within the Star Wars franchise, which is streaming on Disney+, or his Golden Globe nominated mini-series Small Axe, streaming exclusively for Amazon Prime Video subscribers.

What Happens in Vegas
Weezer Punctually Ring in Fall With ‘SZNZ: Autumn’ EP
The Deeper Meaning Behind Don’t Worry Darling’s Costumes
Inside the Unique Royal World of the Unflappable Princess Anne
Lea Michele Pokes Fun at Rumor She Can’t Read While Parodying Kim Kardashian on TikTok