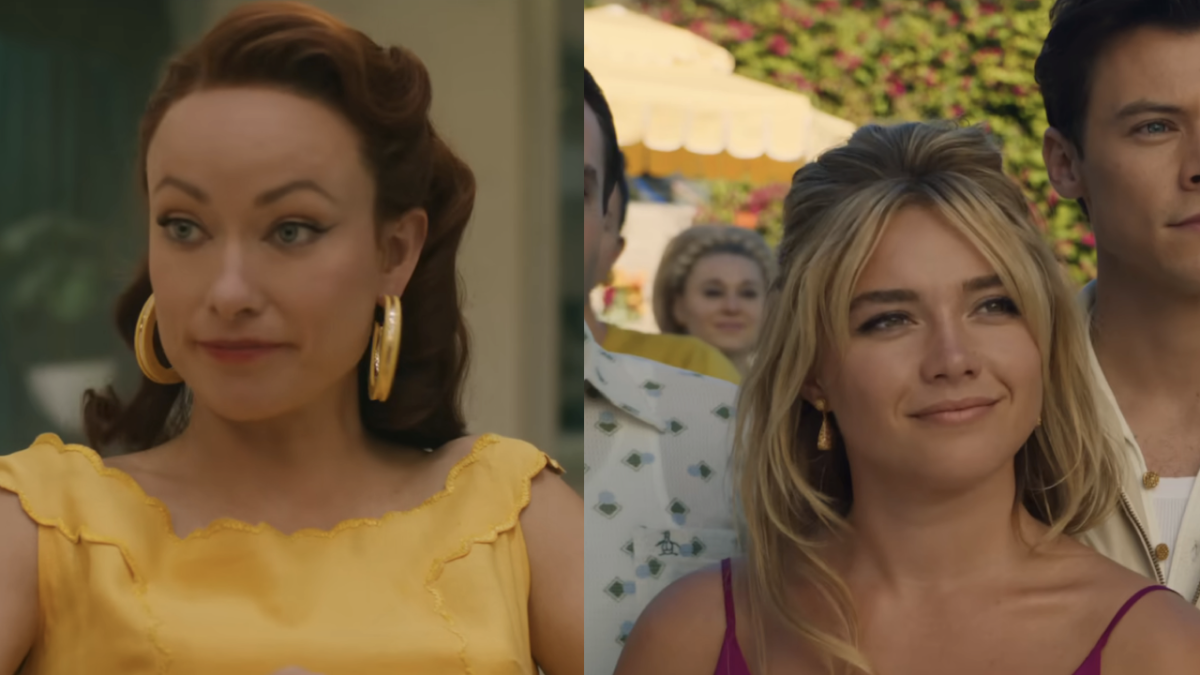 There is a ton of chatter online about Olivia Wilde’s upcoming psychological thriller Don’t Worry Darling. While the movie’s first footage intrigued the public, there’s been even more chatter about rumored behind-the-scenes drama involving actors past and present (including Shia LaBeouf). The movie recently premiered at Venice, where Wilde responded to talks about star Florence Pugh  skipping press over their rumored feud.

A number of stories have been surrounding Don’t Worry Darling, including rumors that Olivia Wilde and the movie’s Oscar nominated star Florence Pugh are at odds. This chatter got even louder when it was revealed that Pugh seemingly won’t be doing much press for the movie, following weeks of headlines and speculation about their relationship. And while appearing at the festival (via Deadline) Wilde addressed these online talks, saying:

Well, there you have it. While not going into too much detail about what it’s like from within Don’t Worry Darling’s inner circle, Olivia Wilde seems to publicly give Florence Pugh her respect, and thank her for being able to appear at the Venice premiere. We’ll just have to wait and see if this increases or quells the rumors about their feud.

Olivia Wilde’s comments came after a Venice audience member attempted to ask the filmmaker and company about Shia LaBeouf following Don’t Worry Darling’s festival premiere. LaBeouf was originally set to appear as the leading man Jack, who was eventually played by Harry Styles. There’s been a bunch of drama surrounding his departure from the project, and whether or not he was fired by Wilde. This is just one of the various controversies currently surrounding the highly anticipated thriller.

The rumors surrounding Florence Pugh and Olivia Wilde and their possible feud came as a result of a number of different reports. There were some rumors that she had an issue with Wilde’s relationship with Harry Styles, and how it related to her ex-husband Jason Sudeikis. Then there’s the way that sex of the movie has been marketed; Pugh maintains the movie is much more than her love scenes with the pop star. But Wilde has continued to speak about the importance of these sequences. As a reminder, you can check out the movie’s trailer below,

When it was revealed that Florence Pugh wouldn’t be doing a ton of press for Don’t Worry Darling, some folks out there saw this as more evidence about her possible feud with Olivia Wilde. But according to the director’s most recent comments, the Midsommar actress is actually in the middle of filming a new project. And as such, that might be the real reason behind this move.

Don’t Worry Darling will hit theaters on September 23rd. In the meantime, check out the 2022 movie release dates to plan your next movie experience.