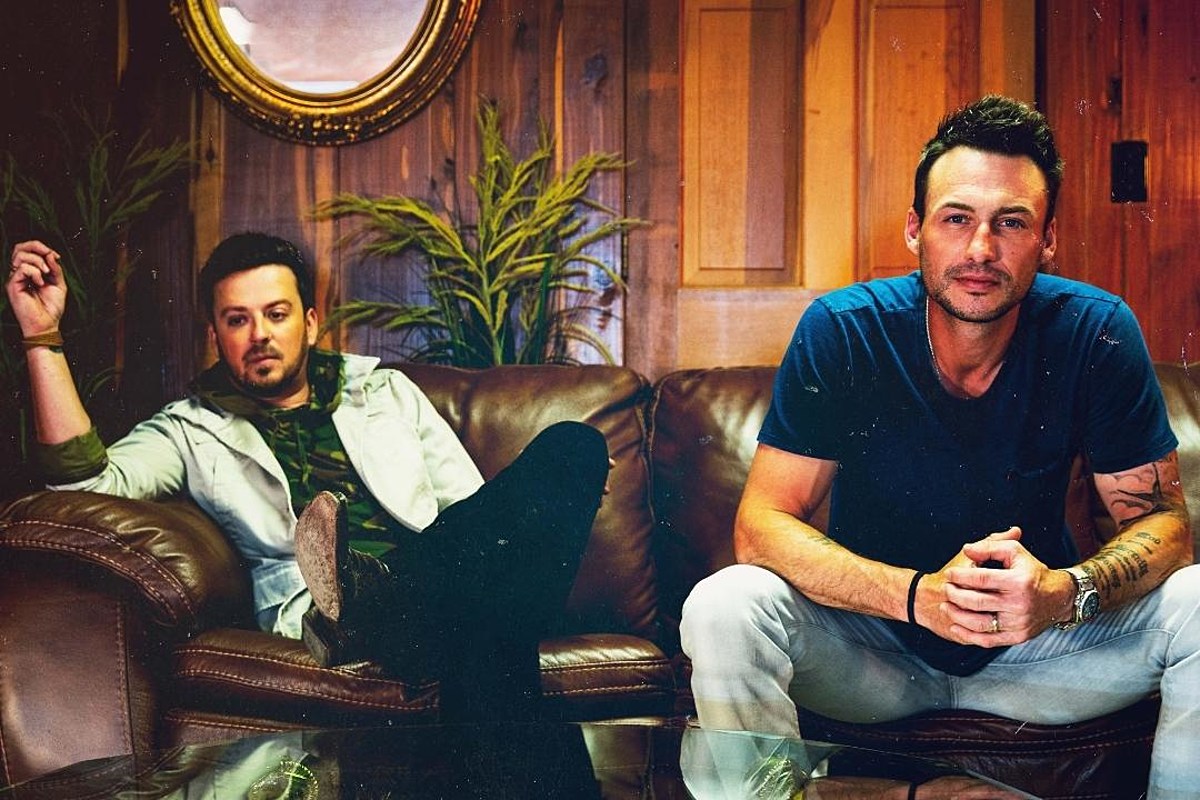 Love and Theft are back with their first set of new songs in seven years, an EP called Better Off. It follows their 2015 album Whiskey on My Breath, which was released via Curb Records, and their self-titled Sony Music Nashville debut record. The latter LP spawned their No. 1 hit and biggest song to date, “Angel Eyes.”

So, what took the duo’s Eric Gunderson and Stephen Barker Liles this long to drop new music?

“It’s not that we didn’t want to put out a collection of songs. We were trying to get out of our deal at Curb Records and trying to negotiate the publishing stuff there at that time,” Gunderson tells Taste of Country in an interview. “We just had to wait and, in a way, that gave us the time over the last couple of years to work on the music and make sure we got it right.”

For them, releasing music with via a newly-inked deal with global digital distribution company ONErpm seemed like a natural move, since both parties were equally excited about getting the unreleased songs out to the masses.

“They loved the music the way it was and didn’t want to do anything different. They made sense as a partner for us and were excited about what we were actually doing and wanted to amplify that for us. To put new music out through them was the next natural thing for us in the progression of deals we’ve had over the years,” Gunderson adds.

The ample time Love and Theft had to fine-tune their music and release strategy yielded this self-produced seven-pack EP, Better Off. From front to back, the collection proudly boasts their multi-genre influences, which range from country to rock, to pop and even the classic pop-rock sound of the ‘80s and ‘90s.

It’s a pretty diverse sound range no doubt, but it stays true to their core artistry and love for quality storytelling.

“Our goal was to make music that’s authentic. We use that word because a lot of time in this business, you’re signed because you sound a certain way and the A&R (Artist & Repertoire) team is excited about how you sound. They see it as talent, but also a blank canvas they can make, take, mold and create the artist that they want,” Gunderson admits, drawing from their experience as artists signed to Curb Records, RCA/Sony Nashville, and the now-defunct Lyric Street.

“Over the course of our career, we had different A&R departments that had different ideas about what we were supposed to be, look like, and sound like. I think for us now, to have this control that we have, we basically wanted to make authentic music that reflected our influences,” he says. “I don’t think I’ve heard anything else that’s really like that as far as some of the synths and guitar sounds we used. Overall, I think the production leans itself to more of a throwback-Hall & Oates-meets-‘80s-pop-and-modern-country.”

The EP opens with a groovy pop-country-inflected number, “Accidentally on Purpose.” Layered with soft electric bass lines and laid-back beats, the romantic ode was co-written by Gunderson and Liles with emerging Nashville singer-songwriter, Bree Doster. The joint effort was very much something that the pair appreciated because of the vocal range and perspective Doster brought to the table.

“To have a female’s perspective when we’re writing makes [for] a better song sometimes. I think ‘Accidentally on Purpose’ really stands out because it’s so different from anything else on the record melodically,” shares Liles.

Another track boasting similar sonic elements is “Tell Me What It Feels Like,” a synth-driven tune that fuses electro-pop sensibilities with vibrant guitar licks and mid-tempo drum beats over a heartbroken lyrical narrative.

“Tell me what it feels like / Being on the rebound / You’ve already moved on / And I don’t even know how / Are you really happy / Tell me how you got there Is it really greener / Actin’ like you don’t care,” the pair lament in the chorus.

“’Tell Me What It Feels Like’ is repetitive, but no chorus is the same instrumentally. The whole song builds toward the last chorus that has almost like a syncopated backbeat thing that it does. The bass takes on a life of its own in the song,” Gunderson shares of the track’s production makeup.

“I tried to make the track a little mysterious at parts just to emulate the sentiment from the lyric. The song has this pop-rock thing and cool groove that kind of lays back into the second half of the song. It’s a good feel-good driving song,” he explains.

While new sonic territories are explored on Love and Theft’s Better Off EP, its title track harkens back to the brilliant country-pop melodies of “Angel Eyes,” the pair’s first Platinum-certified song and Billboard‘s US Hot Country Songs chart-topper in 2012.

“It is closer to ‘Angel Eyes’ than the rest of the record,” Liles admits. “I think that’s one of the reasons we wanted to highlight it [before the EP dropped], so that people knew that we had this but also, the other songs too.”

“We wrote this song a few years ago with our friend Jared Mullins and Chris Stevens. We’re both happily married, and everybody loves a good, positive, uplifting song about your girl. I think that’s what the song hits on,” Liles says.

After more than a decade in the music business, Love and Theft are grateful to still have the opportunity to do what they love and connect with their fans, both old and new. It hasn’t always been a smooth-sailing journey, but the pair have learned a lot through their roller-coaster career, with one of them being “to manage expectations properly.”

“Sometime when you get into the music business and have success early on, you look at the rest of your career in an unrealistic way. It’s like, ‘Oh I had a No. 1 song, I had a hit song, the rest of my career is smooth-sailing. As long as I get one, the rest are going to come’,” reflects Gunderson.

“I think, I’ve had to learn over the last few years to learn to be patient and to recognize that you can’t really compare your career to other people and artists because we each have our own path and trajectory. If you look around at what’s happening around you, you start chasing fad and trends as opposed to staying true to the sound that you set out to make and how you want to be represented,” he adds with unrestrained honesty.

“Everyone’s on a different journey. You just have to keep your head down, keep grinding, and keep working hard. I think when we do that, we create our own lives, and the harder we work, the luckier we get.”