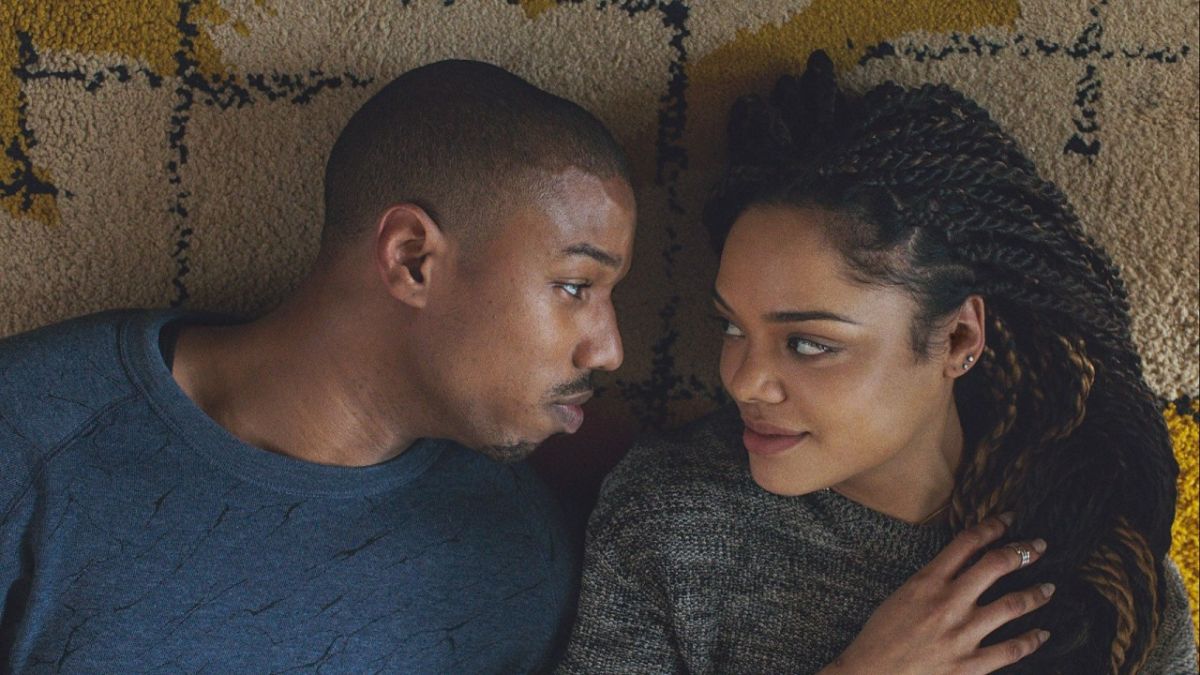 Michael B. Jordan and Tessa Thompson play a great couple in the Creed movies. Thanks to their performances, Adonis “Donnie” Creed and Bianca Taylor have become of one cinema’s most compelling couples.  And just when you thought you’d have to wait for the film series’ third installment to see more of the two co-star’s on-screen chemistry, they find another way to team up. It may be weird to see these two co-stars in a project that has nothing to do with the boxing-centric franchise, but I’m here for it!

Michael B. Jordan is no stranger to commercials as, in the past, he’s starred in one of the funniest Super Bowl LV commercials, which involved Amazon’s Alexa. He recently posted another commercial to Twitter, and it shows him and Tessa Thompson teaming up to serve as Internet bodyguards. Check out the cheeky ad down below:

Anyone can be an internet bodyguard! Step up your cybersecurity skills to protect & connect. #ad #ProtectConnect pic.twitter.com/azLuDu2CaBAugust 22, 2022

Prime Video collaborated with the National Cybersecurity Alliance for a PSA campaign called “Protect & Connect,” which is meant to educate consumers on how to protect themselves in the virtual space. In the 30-second commercial, the aforementioned stars try to stop a gamer from falling for a phishing scam, only to be unsuccessful as cybercriminals make their way into the house. The two Creed stars then battle a host of these evil-doers by throwing punches and keyboards at them until they disappear thanks to “multi-factor authentication.”

Overall, the commercial is a fun bit and a great way for the two co-stars to team up once more. It’s honestly pretty funny to see them together in a situation that’s a bit less serious. After all, the Creed movies can be quite heavy on an emotional level. If anything, this just makes me want to see more of the two stars.

In doing the commercial, Michael B. Jordan not only got the chance to work with Tessa Thompson again but also with director Paul Hunter, who he previously collaborated with on a Bacardi commercial. Jordan made sure to tell Adweek just how proud he was to be part of this PSA campaign and to reunite with his colleagues:

Thor: Love and Thunder‘s Tessa Thompson also appreciates her relationship with her colleague. Thompson was happy to see Jordan be named Creed 3‘s director. Though one note that Thompson had for him was to “dial down the sexiness.” Which was probably challenging for him, since he can’t escape his Sexiest Man Alive title.

The Fruitvale Station star really put in the work and proved that he understands the characters. This was evidenced by the fact that Jordan helped her further the development of her character, Bianca. The dynamics between Bianca and Donnie were still the same, but he made sure the Dear White People actress had more to do in the film and have the freedom to improvise. Jordan has praised Thompson’s talents and what she’s brought to the table to make their characters authentic. In short, these are two celebs who have great respect for each other, and I can’t wait to see more of them regardless of whether it happens in or outside of the Creed franchise.

You can catch Michael B. Jordan and Tessa Thompson in Creed 3 (which won’t have Sylvester Stallone’s Rocky) when it hits theaters on March 3, 2023. In the meantime, check out CinemaBlend’s schedule of upcoming movies for info on flicks arriving this year.