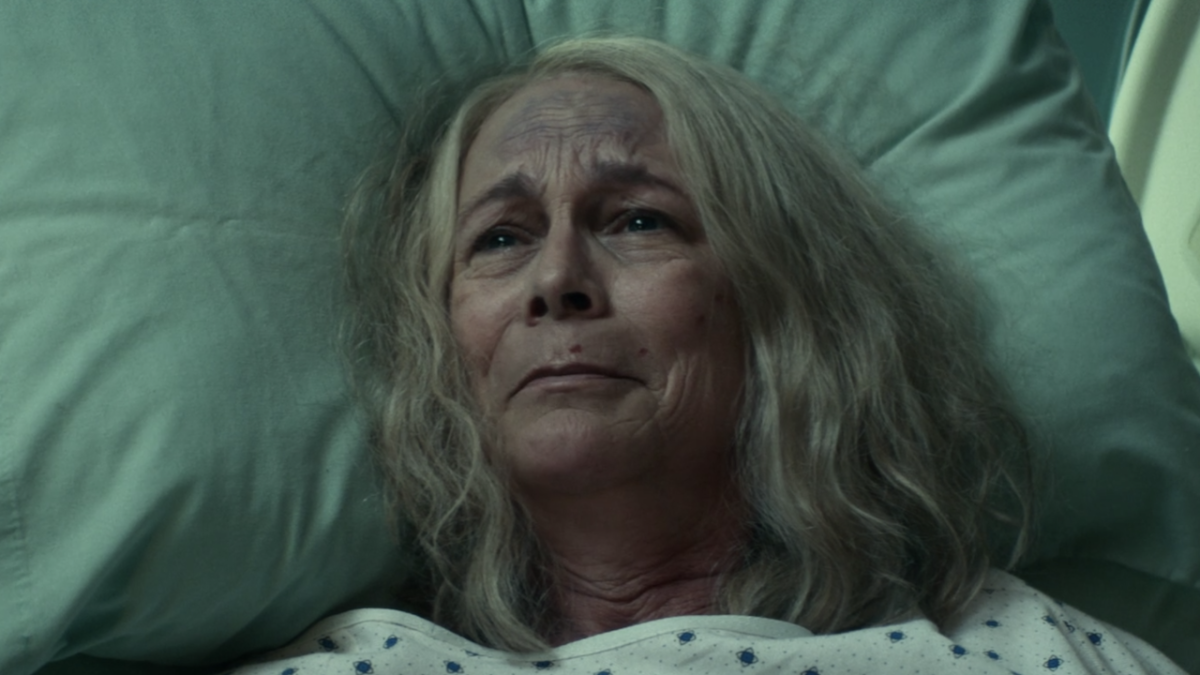 The horror genre has been thriving for a number of years, as fans enjoy the renaissance with projects streaming and in theaters. Some of the best horror movies have returned to theaters thanks to new sequels, including John Carpenter’s Halloween. Jamie Lee Curtis is back as Laurie Strode in the current trilogy, sharing a Halloween Ends set photo as the slasher threequel approaches.

The Halloween franchise returned to the big screen with David Gordon Green’s 2018 sequel, which broke records when it arrived in theaters. Two more sequels were quickly greenlit, with Jamie Lee Curtis set to end her run as Laurie Strode in the upcoming movie Halloween Ends. She’s hyping up the release with a photo on Instagram of her first day shooting the mysterious slasher. Check it out for yourself below,

Laurie Strode and her granddaughter Allyson are reunited for Halloween Ends, and this image shows Jamie Lee Curtis with her co-star Andi Matichak. The threequel marks the third movie these two actresses have worked together on, and it’s clear they have a bond IRL. We’ll just have to wait and see what happens to these characters when the movie arrives this October.

Joining Jamie Lee Curtis and Andi Matichak in this photo from Halloween Ends’ set is none other than director David Gordon Green. He’s the man behind all three installments of the current trilogy, collaborating with screenwriter/actor Danny McBride in the process. Curtis has had nothing but good things to say about working with the director, and the vision he brought to Laurie Strode’s story.

This image of Jamie Lee Curtis on the set of Halloween Ends shows Laurie Strode’s sweet new hairdo. It looks like everyone’s favorite final girl got some serious conditioner, when compared to her look in the previous two movies. This hair change will likely help to show how much time has passed since Halloween Kills, as the movie is expected to feature a lengthy time jump that will allow the timeline in-universe to match the real world. You can check out the first footage from Ends below,

Not much is known about Halloween Ends, and this first teaser didn’t exactly answer any questions. Indeed, Allyson barely appeared and Real Housewives of Beverly Hills icon Kyle Richards is noticeably absent. But with Jamie Lee Curtis taking her final bow as Laurie Strode, the stakes are very high.

The success of 2018’s Halloween movie preceded a number of exciting projects for Jamie Lee Curtis. She starred in Rian Johnson’s Knives Out, and recently had an acclaimed performance in the massively successful multiverse blockbuster Everything Everywhere All At Once (which lead to her throwing shade at the MCU). She’s also got a role in the upcoming Borderlands movie adaptation.

Halloween Ends will hit theaters on October 14th. In the meantime, check out the 2022 movie release dates to plan your next movie experience.

Bloober Team’s ‘The Medium’ Is Being Adapted for a Television Series
Margo Price Remembers Loretta Lynn: ‘I’ll Miss Her Forever’
Thirteen Noteworthy Horror Movies You Can Stream at Home in October
Kylie Jenner Wears Undies and a Blazer To Paris Fashion Week
Harry Styles Endorses Beto O’Rourke (Who Was in Attendance) During His Show in Austin