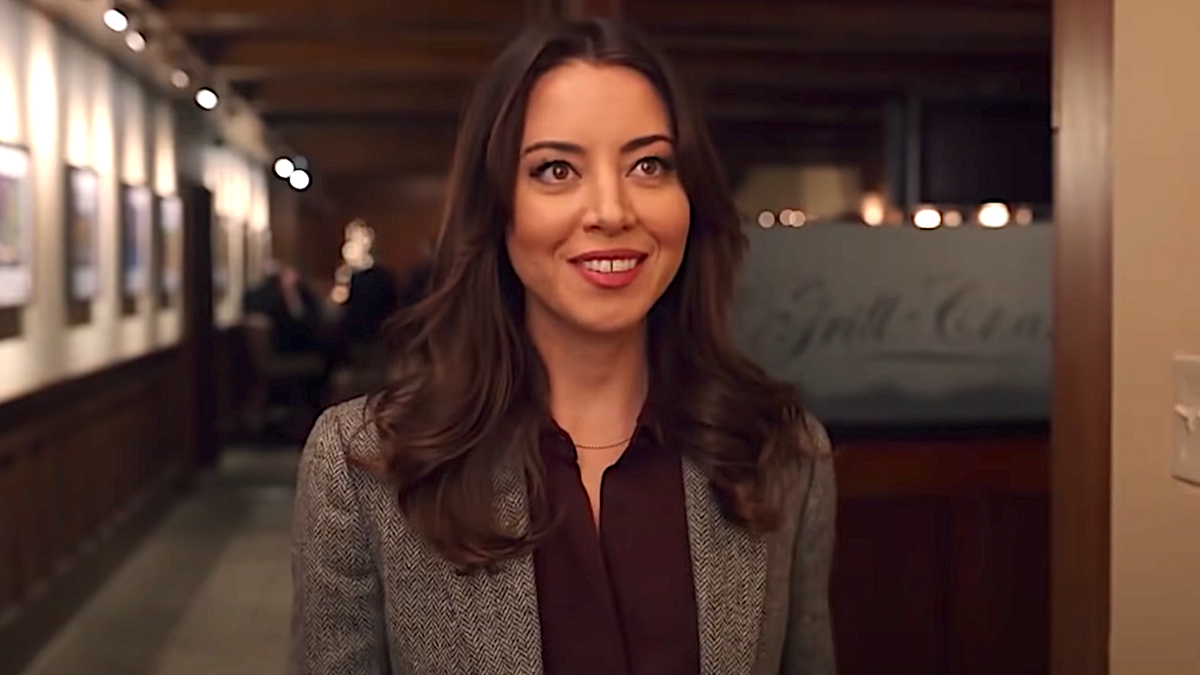 Just a few weeks ago, the Alicia Vikander-led Tomb Raider sequel was revealed to have been cancelled following much speculation about the franchise’s future. It’s still unclear as to what lies ahead for the property as another studio seeks to gain the rights. But some are already fancasting new actresses for the lead role, and Aubrey Plaza has emerged as a candidate. I can’t imagine a better Lara Croft and, apparently, neither can Edgar Wright. With that, Plaza shared some thoughts on possibly taking over the iconic role

While speaking to Newsweek, the star talked about how famed director Edgar Wright couldn’t get over the visual similarities between Lara Croft and her Emily the Criminal character. She revealed:

I can totally see it. Aubrey Plaza may just be the person to lead a new brand-new iteration of this franchise. The character has already been portrayed on the big screen twice, but maybe the third time’s the charm? Angelina Jolie portrayed Croft twice, once in 2001 and again in 2003. In 2018, Alicia Vikander took over the role for Warner Bros.’ reboot.

Though the 2018 film was a moderate box office success, the studio still seemed to be set on making a follow-up. By early 2021, a Tomb Raider sequel was said to be in development, with Lovecraft County creator Misha Green attached to direct. There had been few updates on Alicia Vikander’s sequel before it was ultimately scrapped. However, anything can still happen. Edgar Wright seems to have beeen the first to identify the similarities between Croft and the Parks and Recreation alum. Maybe she and Wright could get behind it once the franchise finds a new studio home.

Of course, there’s still a question that needs to be asked: Would Aubrey Plaza even be open to playing Lara Croft in another Tomb Raider film? Well, based on her comments in the same interview, she seems willing to give it a go, especially since she’s a fan of blockbuster films:

Someone has to make this happen. The visual similarities aside, Aubrey Plaza has more than proven at this point that she’s a strong performer who can work within different genres. And quite frankly, it’d be great to see her get more action-centric roles. (Many even believe Plaza could be perfect for some Marvel characters.) On top of all that, she’d love to host the Oscars and become “this generation’s Billy Crystal.” She’s truly a woman who can do it all.

We’re just going to have to wait and see if the star does indeed land the lead role in another Tomb Raider reboot. Though after Edgar Wright’s observation, it’s going to be really hard not to picture anyone else in the role but the Happiest Season alum. Let’s hope that she at least gets a shot at an audition at some point in the future.

We may have to wait a while before we get to see the next iteration of Lara Croft but, in the meantime, you can catch Aubrey Plaza in Emily the Criminal, which is playing in theaters now. For more news on recent theatrical releases and upcoming films, check out CinemaBlend’s 2022 movie schedule.

Go Behind-the-Scenes from Austin City Limits Music Festival
Rita Ora Gushes About Being In Love With Taika Waititi Amid Rumors That The Two Have Married
31 Years Ago: Reba McEntire Releases ‘For My Broken Heart’
Don Omar’s ‘Let’s Get Crazy’ With Lil Jon Is a Delightful Blast From the Past
Sanaa Lathan Looks Back at Her Most Iconic Roles