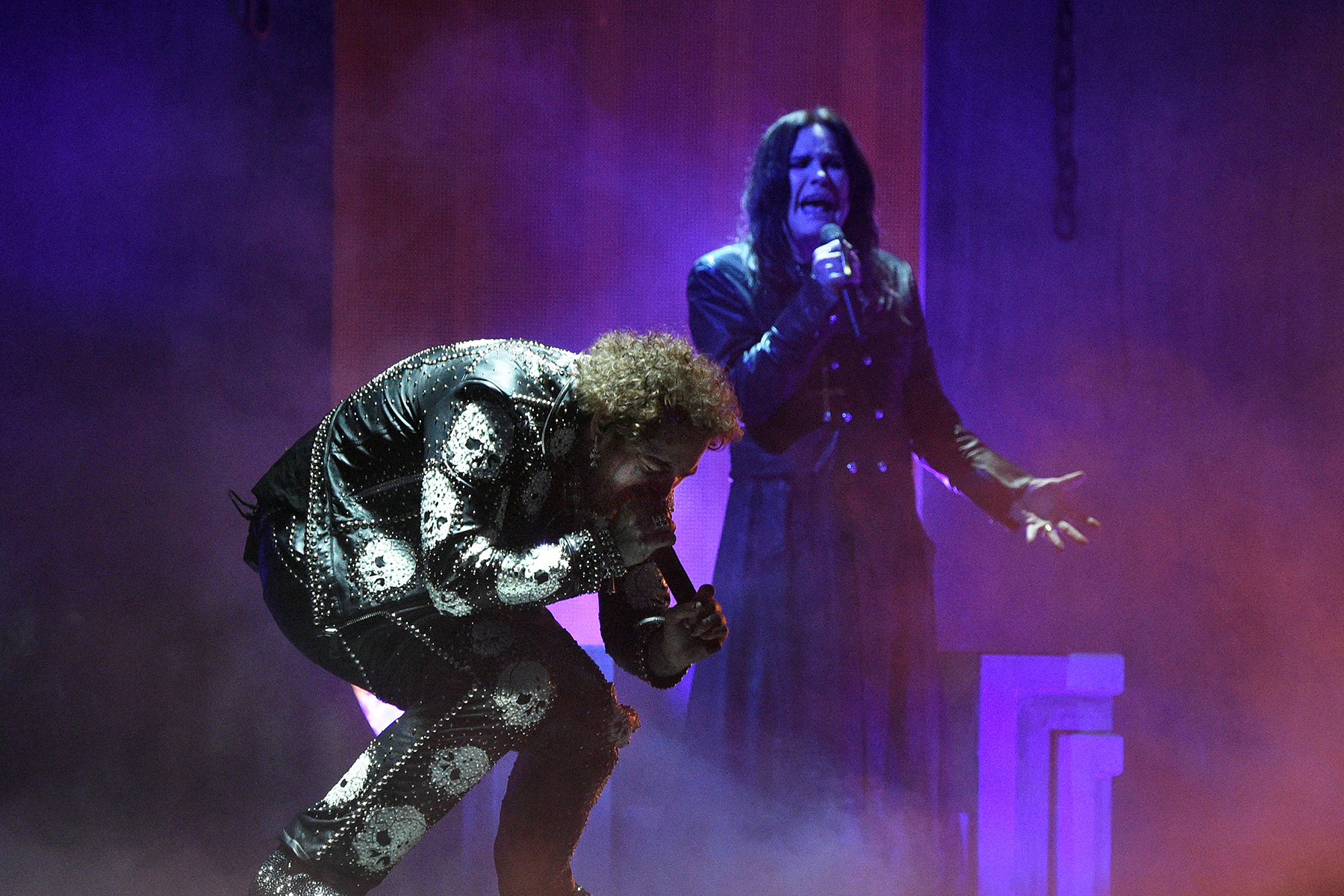 On Post Malone’s darker Hollywood’s Bleeding LP, he welcomes Ozzy Osbourne on one of the album’s standouts, “Take What You Want,” and in turn a contemporary legend in the making meets a rock & roll god. Osbourne’s signature vocals open the track with an automatic timelessness only a rock icon like him can achieve. For someone like Malone, getting him on a track is one thing, but getting to finally meet the guy was “absolutely fucking mind-blowing.”

In an exclusive clip, Malone greets the Prince of Darkness for the very first time. The footage is set to air as part of Malone’s Amazon Freevee concert doc, Runaway, out Aug. 12.

“Good to see you. How are you?” asks Malone in a plaid jacket, approaching Osbourne from behind, before shaking his hand. “I’m all right,” the rock legend responds. “You look great,” says Malone. “You excited? You ready to party?” Osbourne lets out a little giggle.”This is gonna be badass, man,” Malone says.

Chasteness, Soda Pop, and Show Tunes: The Lost Story of the Young Americans and the Choircore Movement

And it sure was. The meetup happened minutes before Osbourne joined Malone onstage during his tour stop at The Forum in Los Angeles in late 2019. During the surprise performance — posted to Osbourne’s YouTube page — Osbourne emerges on stage sitting on a throne, singing his song intro, before Posty helps Osbourne walk down the runway. Osbourne smiles, claps, and grins in excitement as Malone sings and Andrew Watt rips it on the guitar.

“I was nervous meeting him. Not as much performing, but meeting him is terrifying because what the fuck do you say to Ozzy Osbourne, ‘I like your pants?’” Malone says in the Runaway clip. “I don’t know. You have no idea what the fuck to say to him.”

He adds, “It’s mind-blowing. It’s absolutely fucking mind-blowing being able to work with one of the biggest dudes in fucking rock & roll history. It’s pretty badass.”

The appearance at The Forum was the first of two performances of the track. Travis Scott joined the duo onstage at the American Music Awards that same month to deliver the song.

“Working with him and hanging out with him and being around him, you can’t tell,” Malone told Rolling Stone in January 2020. “You can tell he has a little difficulty getting around, but he’s so strong.” At the time, Osbourne teased that more music was on the way. The Osbourne-Malone crossover would happen again with “I’m a Raid” on Osbourne’s Ordinary Man album in 2020.

“I know he’s been working on a new project with a bunch of my friends, [and] I’m really excited for him because he’s so passionate about it and it sounds incredible; he sounds incredible,” Malone said at the time.

Amazon Freevee released a trailer of the hour-long doc several weeks ago, which takes an in-depth look at his 2019-2020 tour as well as the singer’s life and career.

“I already knew Post Malone was a force before going on tour. But then, after spending time with him, unfiltered, close, and personal, I very quickly realized he’s unlike anything the world has seen before. He’s a polymath, loyal to his art, a true ‘rock star,’” the film’s director Hector Dockrill said in a statement at the time. “Being on tour with Post is like every emotion hitting you at once, it’s intense, and it’s wild, and our vision was to pull fans into the experience just enough to get a glimpse of this, while leaving the rest to the imagination.”

The documentary comes on the heels of Osbourne’s reunion with Black Sabbath guitarist Tony Iommi for the Commonwealth Games in his Birmingham hometown. Osbourne said the appearance was his last show ever, though he’s set to release a new LP, Patient Number Nine. Meanwhile, Post Malone is set to promote his Twelve Carat Tootache album on tour starting mid-September.

These Best-Selling, Top-Rated Amazon Bodysuits Are All $25 & Under
Margo Price Remembers Loretta Lynn: ‘I’ll Miss Her Forever’
The Most Popular Horror Novels of the Past 5 Years, According to Goodreads
Farruko on God, Fame, and Life After ‘Pepas’
Selena Gomez Brought Out Her First Envy-Inducing Fall Coat