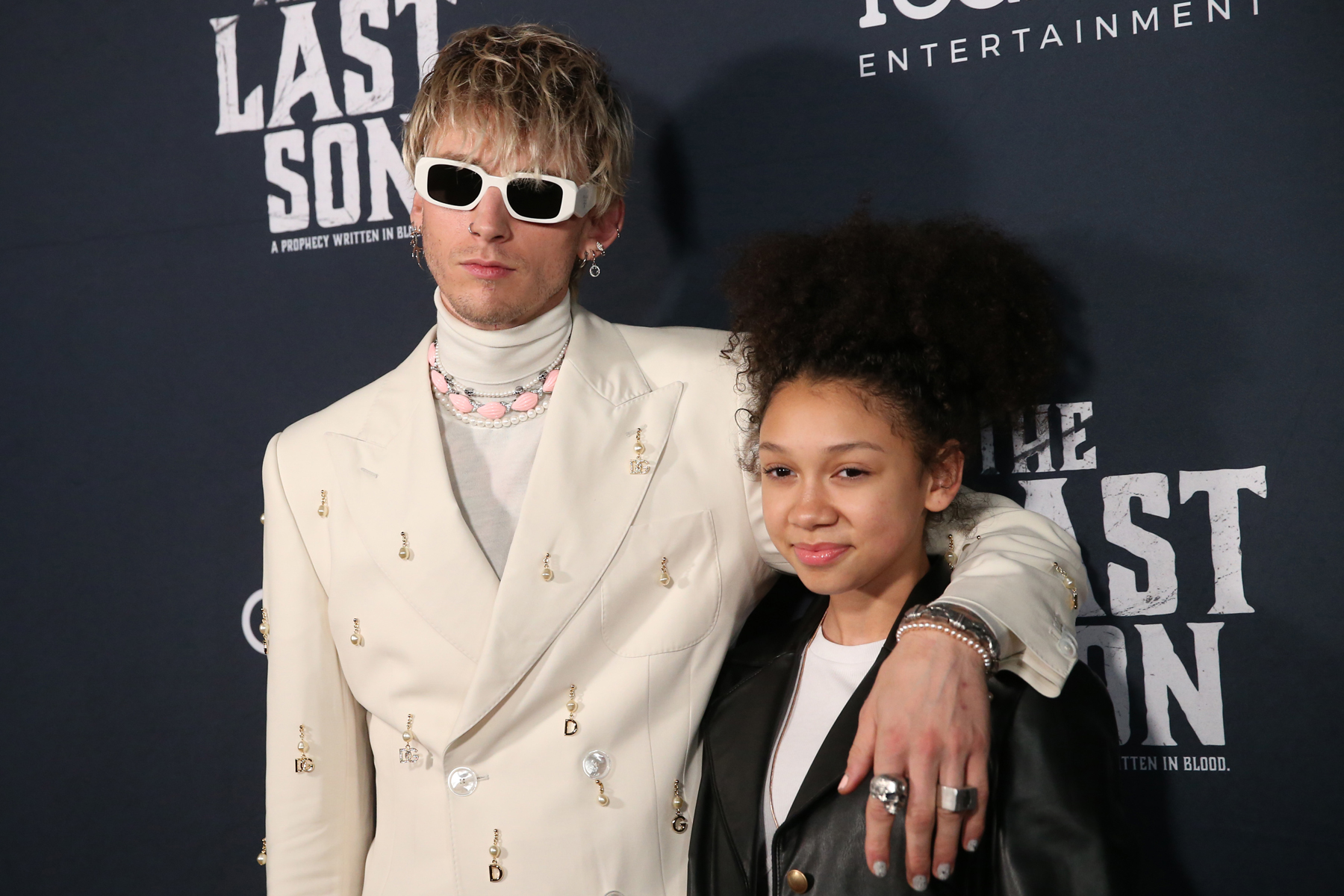 In between stops of his massive Mainstream Sellout tour, Machine Gun Kelly is spending some quality time with his daughter Casie. On Thursday, the musician shared a video of him and Casie rapping to Jay-Z’s verse on Beyoncé’s “Crazy in Love” as he held the mic up to his daughter while members of MGK’s team hype the two up.

“Parenting,” Kelly captioned the post, writing, “My daughter got next,” on the video. The rock star is seen starting the rap verse before passing the mic to Casie, who sings into the camera.

“Soprano, the ROC handle like Van Exel/ I shake phonies, man, you can’t get next to,” the two rap. “The genuine article, I do not sing though.”

Casie appears in MGK’s documentary, which was released on Hulu earlier this summer. In doc, Casie discussed her father’s controversial reputation, saying there is more to the rapper than people may realize. “People say that stuff about my dad, but you only see one side” she said.

Last fall, Casie joined Kelly at the American Music Awards, where they wore matching black outfits and held hands on the red carpet.

MGK is currently on tour, with stops in the coming week in Los Angeles, Las Vegas, and Oakland.

Christopher Pike Takes Readers on a Dark Ride in 1993’s ‘Road to Nowhere’ [Buried in a Book]
Meagan Good Shares Hopes of Becoming a Mother in the Future
‘The Ring’ Gets a SteelBook Blu-ray with VHS Slipcover for the Film’s 20th Anniversary
All About Bobby Wooten III, Katie Holmes’ New Boyfriend
2022 ACM Honors Will Bring All-Star Lineup to Fox