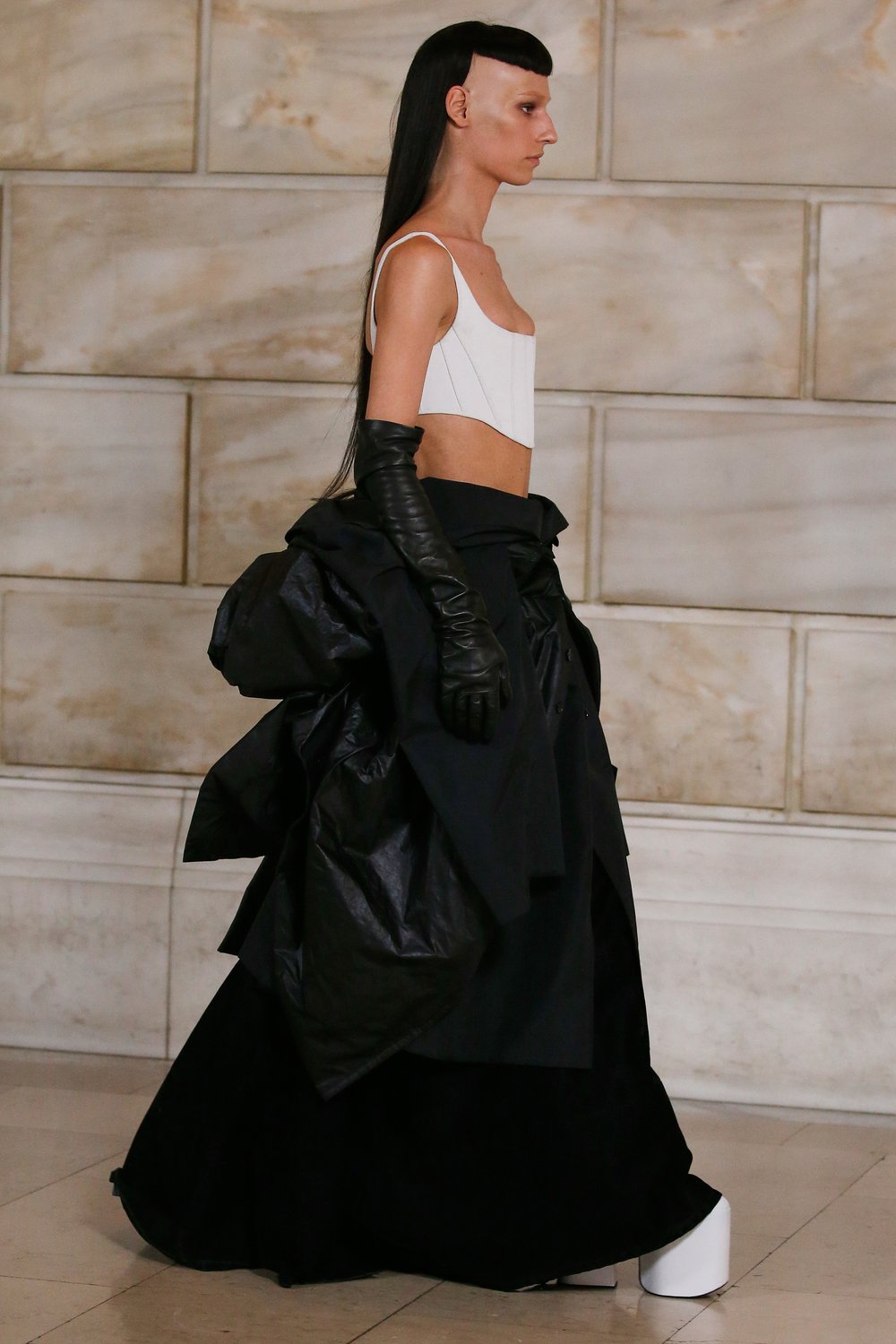 The originators of genderless get-up can’t participate in the trend equally.

The first time Wang Newton dressed in drag, she was in a fedora and three-piece suit, dancing and singing to Frank Sinatra’s “New York, New York.” A business school major at the time, the now drag king was discovering the fun of reinvention. “I felt smooth and confident in a sharp suit while still wearing make-up,” she explained.

Drag is the historical backdrop behind our new affinity for gender-fluid fashion. By its dated definition, the art form is about wearing clothing conventionally worn by the opposite sex. And off-stage, genderless fashion has never been more en vogue — so much so that it’s not inaccurate to say that most of us wear some form of gender non-conforming clothes in our day to day lives (sans the social scrutiny cast on drag kings and queens). But history shows us that what’s considered masculine or feminine is all relative.

As far back as the 17th century, Persian men on horseback wore heels so that they could shoot bows and arrows while standing in stirrups. Western Europeans later adopted heels in order to appear more virile and masculine — the more impractical, the better.

It wasn’t until the 20th century that blue came to be associated with boys and pink for girls; it used to be the opposite — pink was for boys because it came from red, and was seen as a stronger and more aggressive colour, and blue was seen as a softer colour. But today, much like Newton, designers and fashion lovers are breaking free of such gender constructs one power suit at a time.

Between Gen Z’s defiance of tradition to runways that reimagine the concepts of menswear and womenswear (take Marc Jacobs Fall 2022, a futuristic collection of oversized garments, or Balenciaga’s Spring 2023 show, in which models wore gimp suits that obscured their faces and bodies), we’re living in an age of self-expression where gender becomes an abstract part of the equation. As far as celebrities are concerned, people like Prince, Freddie Mercury and David Bowie were publicly pushing the boundaries of these binaries decades ago, and today it’s the likes of Billy Porter, Harry Styles and Lil Nas X.

But not everyone can participate in the trend equally. It’s riskier for artists of color, especially those identifying as LGBTQIA2S+, to openly dress in non-conforming ways. Whereas Harry Styles might be celebrated for his defiance of gender norms when it comes to clothing, for queer people of colour, the consequences of dressing outside the binary can mean put their lives and livelihood in jeopardy. That’s why It’s important to remember that the LGBTQIA2S+ community paved the way for today’s unabashed self-expression.

Gender-fluid fashion has been around for centuries but, in modern terms, drag got its start in the 1920s in drag balls in Harlem; however these balls largely excluded people of colour. So in the 1960s, Black and Latino queer communities starting “voguing” in drag competitions in an effort to be visible in the face of erasure within the LGBTQIA2S+ community and larger public persecution.

“It’s cheeky nowadays when cisgender celebrities are celebrated for throwing on a blouse or dress when queer people have been doing so for years and years,” says Scarlett Bobo, 2020 finalist in Canada’s Drag Race. “But it’s beautiful to see a wild array of humans trying on something else for a change. It used to be shameful for men to wear dresses or women to dress like men for whatever reason but now it’s celebrated in a way that’s normalized.”

Seeing drag performers on TV and boys in gowns on covers of magazines (à la Harry Styles for Vogue) can, in fact, be transformational for people of any age navigating their identities, but for young people especially. “If I had seen that when I was a child,” remarked Bobo, “it would have changed my entire life.”

Gender-fluid fashion not only brings queerness out of the margins, a significant move for a community that’s typically living in them, but even celebrates it. DJ, producer, and artist Velvet Code says that for LGBTQIA2S+ artists, the biggest problem is representation. “We are constantly marginalized and told that we are not good enough, that we don’t serve the broader pop culture and are not marketable.” This led Code to found So Fierce Music and the YOU DO YOU Foundation to help artists get a fair shot at success in the entertainment industry. Thanks to the popularity of RuPaul’s Drag Race, drag queens in particular have been able to access more of this mainstream success.

“Drag has broken many chains and barriers that were holding me back from being my true self and living my fabulous queer life to the fullest,” says Icesis Couture, winner of the second season of Canada’s Drag Race. “It makes me feel so free — completely free, more confident, beautiful, safe, [and] helped me become the person that I am.”

It wasn’t always this way. In the 1960s, when Russell Alldread performed as Michelle DuBarry, Canada’s oldest drag queen, the police would regularly harass the performers and check people’s underwear — men caught wearing women’s underwear could be charged. Despite having eggs thrown at him when he entered gay bars, Alldread persisted – an act of protest that went beyond clothing to affirm not only his identity, but that of many others. “The second you throw on a wig and heels for fun or for play you’re acting in protest with all of our queer legends behind you whether you like it or not,” remarked Bobo.

As Newton explained, “Every single time I dress as ‘Dr. Wang Newton,’ I am shaking up the established systems that define what persons assigned female at birth – or queer, or Asian — can and cannot do and should or should not say. Drag is absolutely subversive — every damn time.”

Drag is not only the breaking and re-writing of rules, but the questioning of why those rules exist in the first place. It shows us that this privilege to play with clothes in ways that defy gender has been, and is still, being fought for and won as no small feat, and sometimes with great consequences to those who dare to wear it — in life and on stage. As designers and those outside the queer community find the freedom in gender-fluid fashion, we would do well to remember its origins.