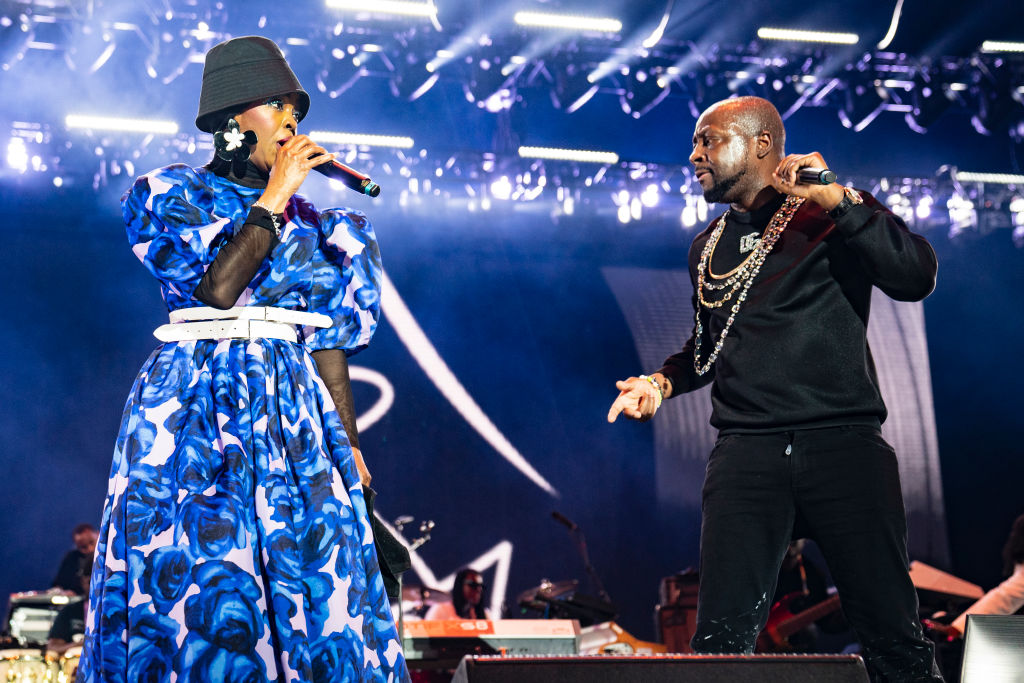 The Fugees (partially) reunited once again as Lauryn Hill and Wyclef Jean made a surprise appearance to perform four songs together Friday night at the Essence Festival in New Orleans.

Midway through Wyclef’s unannounced set at the city’s Caesars Superdome, Hill emerged onstage to first perform “Killing Me Softly” solo before being joined by her Fugees band mate on The Score’s “How Many Mics,” “Fu-Gee-La,” and “Ready or Not.”

Wyclef brought out Lauryn Hill & they did Killing Me Softly & How Many Mics 🙌🏼😫 #essencefestival pic.twitter.com/S0psAm7MVJ

Unlike the Fugees’ short-lived reunion in 2021, Pras was not in attendance. In Sept. 2021, the trio announced plans to celebrate the 25th anniversary of The Score with their first shows together in 15 years.

However, after an eight-song comeback set at a Global Citizen event in New York days later – their first show together since 2006 – the Fugees ultimately postponed their fall reunion tour due to the spread of the Omicron variant. Two months later, the delayed trek was canceled entirely.

“We anticipate and understand disappointment but our anniversary tour will not be able to happen,” the Fugees said in a statement. “The continued Covid pandemic has made touring conditions difficult, and we want to make sure we keep our fans and ourselves healthy and safe.”

They continued, “An idea sparked to honor and celebrate this 25th anniversary of The Score but we see now it may not currently be our time for revisiting this past work.”

Friday’s Essence Festival appearance, however, has reignited hopes of a full-fledged Fugees reunion in the near-future.