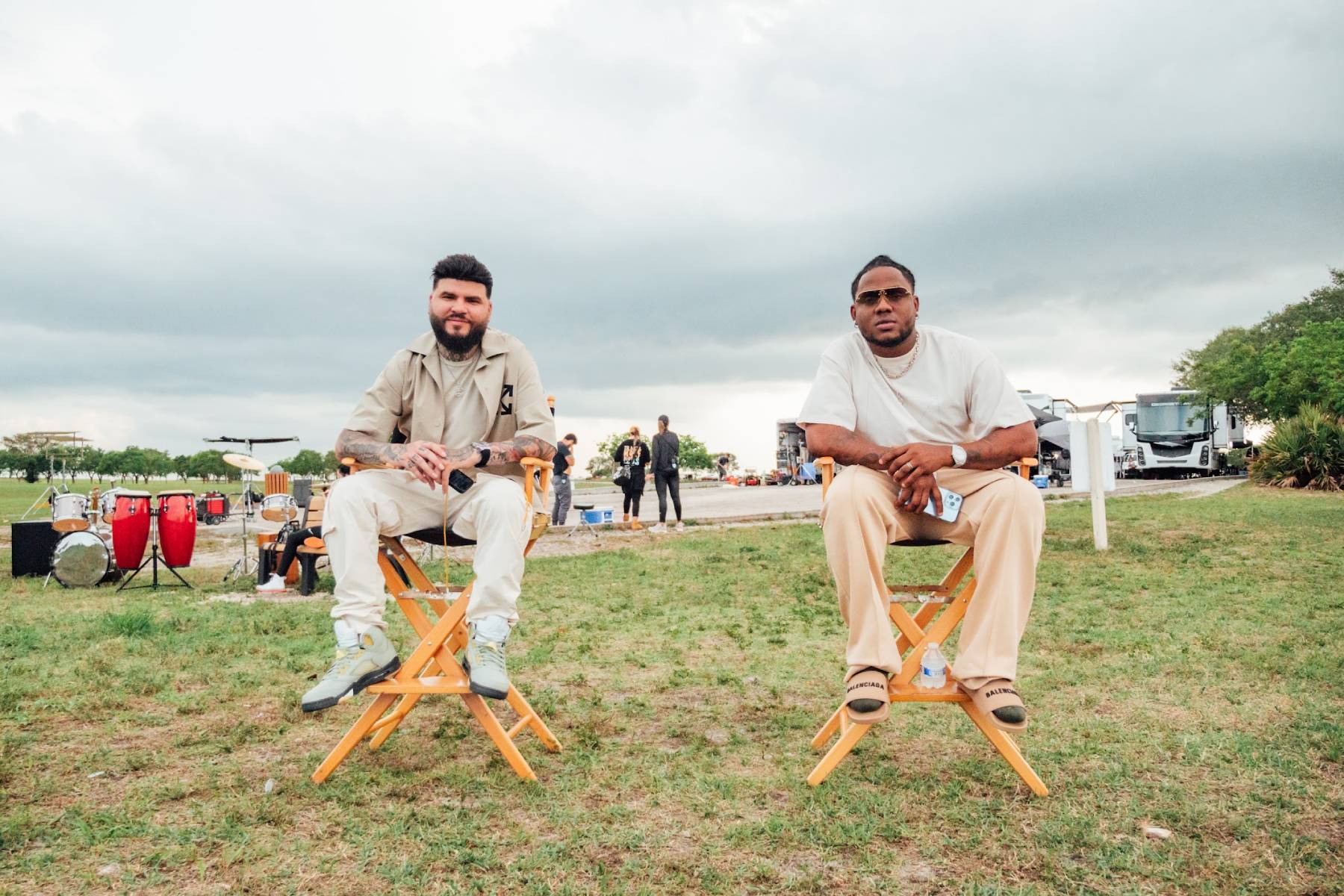 Haters y Fanáticos, the new album from Akim, is all about displaying the Panamanian artist‘s versatility: He bobs between smooth reggaeton romantico, R&B-inspired melodies, and trap beats. But the most unexpected track just might be “Luz,” a melodic EDM collaboration with Puerto Rican reggaeton mainstay Farruko that explores how to embrace positivity, even in dark moments.

Akim and Farruko released the video, directed by Fernando Lugo, which flashes between the pair singing at a club and standing in a meadow with dancers in matching outfits. The motivational lyrics are meant to lift listeners up as Akim sings in Spanish, “The sun always rises for everyone/Life goes in seconds/No matter how dark it gets, the light comes.” A gospel choir kicks in and reinforces the song’s message.

“My experience filming the video for my song ‘Luz’ with Farruko was great — especially the good vibe that was transmitted with everyone who was there,” Akim said in a release. As one of the latest breakout stars from Panama, the singer says the song offers another opportunity to represent where he comes from. “I hope that things continue to go very well and to continue climbing up the urban genre, putting my flag up high.”

“This song is very special,” Farruko tells Rolling Stone. “The message touched my heart, and I’m sure it’ll be the same for the public. For me, the message of my songs is more important than acceptance or making a hit. Akim’s talent is massive and everything he released is huge.’”

Akim released Haters y Fanaticos last month, loading it with collaborators such as Boza, Maffio, Lyanno, and Ankhal. Farruko, meanwhile, has shared that he’s on a spiritual journey and focusing on music with a “positive message,” something he’s reinforced through recent tracks “My Lova” and “Nazareno.”

Walker Hayes Eyes ‘Fancy Like’-Themed Applebee’s in Nashville
See The First Look At Johnny Depp As King Louis XV In His First Post-Trial Movie
“I will do what I can for damage control”: Abortion Information Misinformation within Oklahoma City’s METRO Library
This $20 Bodysuit Has Over 16,000 5-Star Reviews on Amazon
Queens Unite: Beyoncé, Madonna Join Forces for New ‘Break My Soul’ Remix