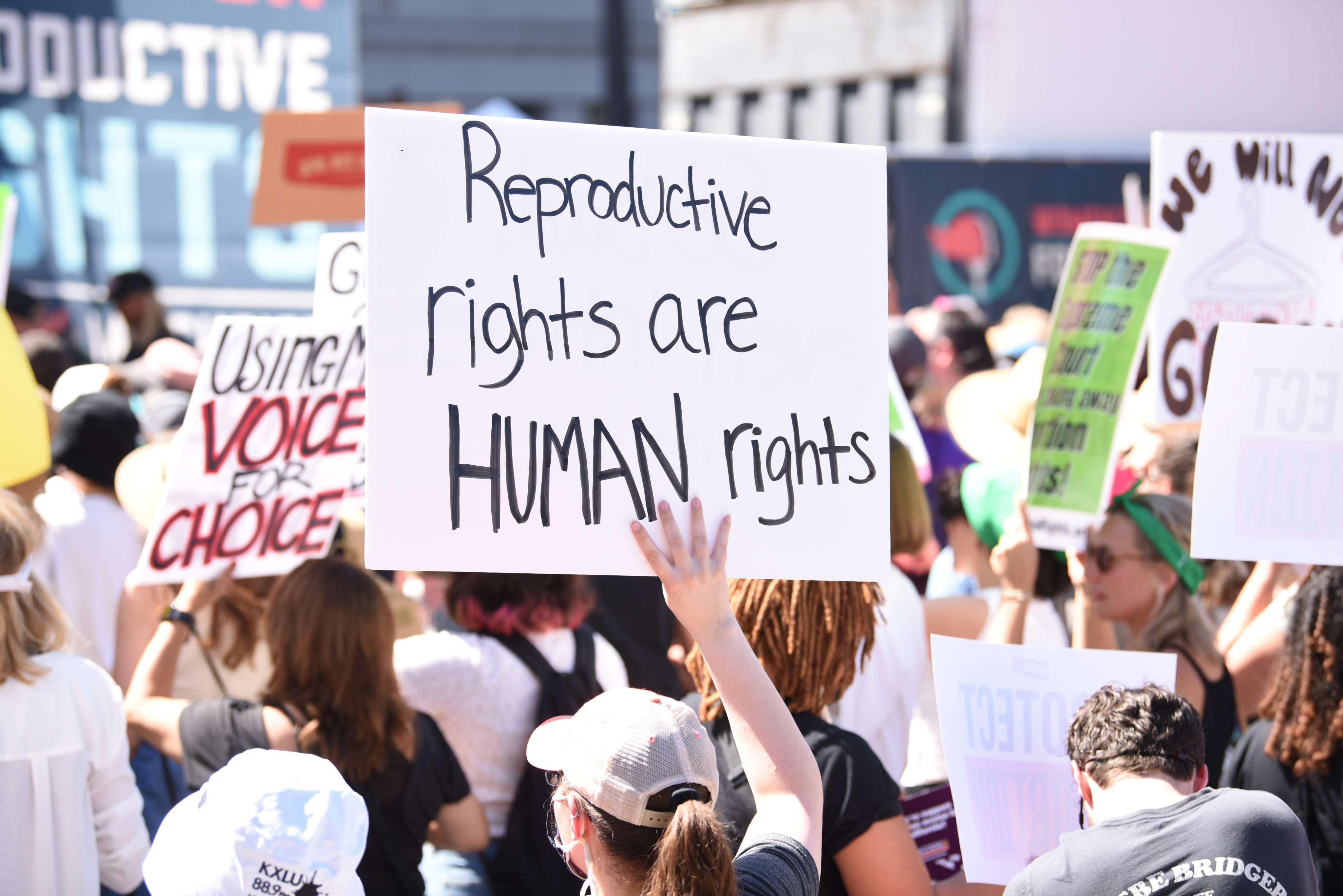 The regressive decision comes at a time when fashion has never embraced individual freedom more.

In many ways, designers are signalling the dawn of a new age. Dopamine dressing, the metaverse, gender fluid clothing and other trends have liberated fashion from its stuffy traditions. But the decision to overturn Roe v. Wade has turned back the clock to a time when few people had such bodily autonomy.

The U.S. Supreme Court reversed the 1973 landmark ruling that legalized abortion nationwide on June 24. As a result, abortion rights will now be determined at state level, with several anti-choice lawmakers already moving to have the procedure banned.

It shouldn’t be lost on us that while reproductive rights have regressed 50 years, fashion has never been more pro-choice. From unconventional combinations to open displays of sexuality, today, freedom is central to the fashion landscape.

Take the recent runways at Men’s Paris Fashion Week, which were a celebration of unrestricted dressing. Louis Vuitton’s vibrant yellow catwalk referenced experimental styling with models in cartoonish illustrations and 3D-embroidered designs. Designer Thom Browne’s collection was an ode to wild self-expression with low-slung pants and exposed jockstraps. And labels like EgonLab and Prada made similar statements on genderless fashion with the use of micro-mini shorts.

The SCOTUS decision to limit bodily freedom comes at a time when expressions of sexuality are heavily referenced on the runway. Whether it’s Blumarine’s ultra-cropped skimpy silhouettes or Miu Miu’s wholehearted embrace of the micro-mini skirt, sensuality is central to modern-day fashion imagery. Designer Mowalola Ogunlesi took this theme to the next level with her Spring 2023 ready-to-wear show. The collection reclaimed unabashed sexuality and censored body parts, starring restrictive fetishwear, low-rise bottoms and explicit cutouts.

As far as fashion is concerned, bodily autonomy is “in.” We’re in the age of unrestricted maximalism, with popular aesthetics rejecting the constraints of traditional rules and embracing the experimental nature of personal fashion.

This type of more is more dressing — filled with colourful patterns, mixed textures and kitschy accessories — champions the idea that your body is your own, and you can dress yourself up however you want. In our current political climate, this mindset now seems radical.

Even before Roe v. Wade was overturned, fashion had been in a flirtationship with freedom. Over the past few months, catwalks referenced the restrictions of COVID-19, the physical impacts of climate change and the human rights disaster that is the war in Ukraine.

And now, as the world continues to open up, designers are embracing the symbolism of freedom even more. But with this loss of reproductive rights, the concept of liberation in pop culture has taken on a deeper meaning.

In music alone, the biggest names are those who represent unapologetic authenticity. Harry Styles is praised for his gender-bending style. Lizzo is known for her ultra-glamorous red carpet looks and self-empowerment anthems. Lil Nas X is always pushing the fashion boundaries as an openly queer rap artist.

Despite how grim things may seem, fashion’s unflinching freedom train reflects larger cultural attitudes. In fact, recent polls found that most Americans and Canadians are pro-choice, proving that this political ruling does not reflect the majority of the population.

Of course, this archaic decision won’t end abortions. It will just limit access to safe abortions, specifically for those who are low-income, single mothers, trans and racialized. And the impacts are far-reaching. In Canada, though abortions are effectively legal, they’re far from equally accessible. With a reportedly substantial number of anti-choice MPs across the country, the decision to overturn Roe v. Wade has already rekindled conservative talking points around abortion here, too.

This decision is rooted in restricting freedom, with suggestions that same-sex marriage and access to contraception could be on the chopping block next.

As reproductive rights take a heartbreaking hit, fashion may seem frivolous. But using clothing to express bodily autonomy is in and of itself an act of resistance. Because while fashion reflects reality, it also has the ability to harness the power of imagination. In this case, fashion is presenting the fantasy of freedom. Hopefully the real world will catch up.