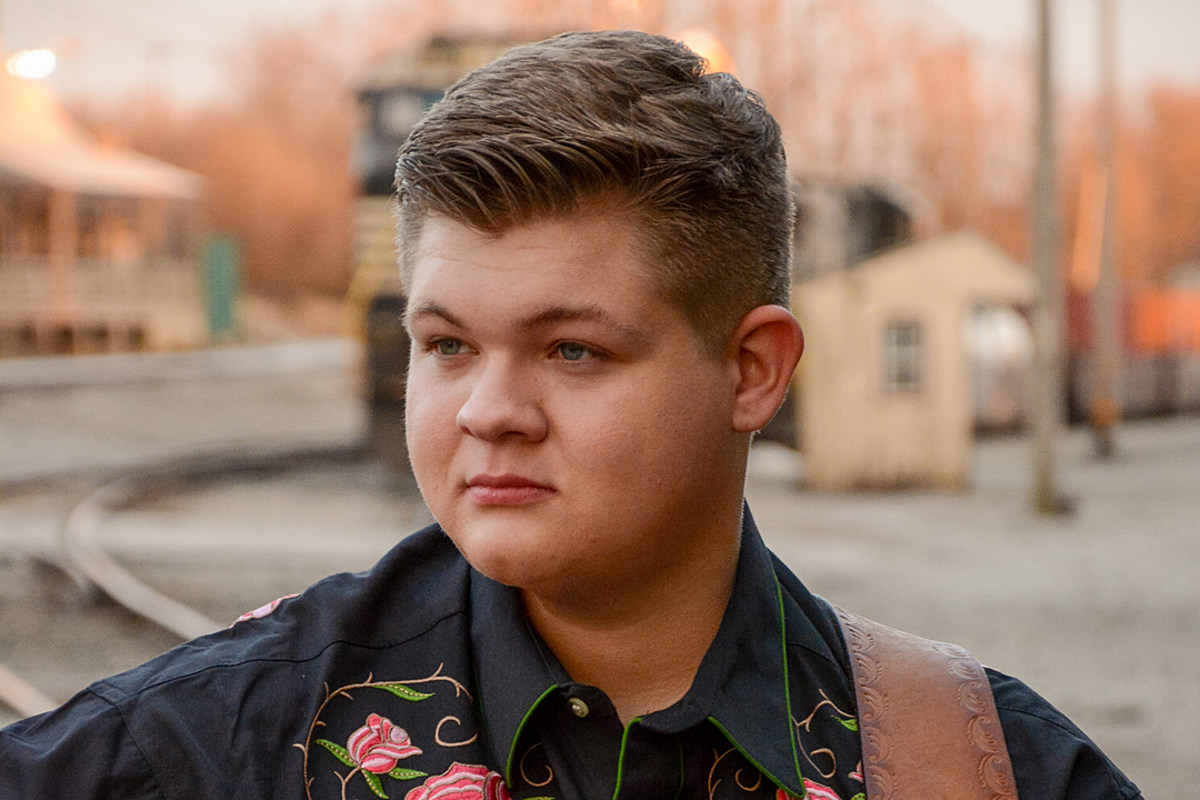 Telling Luke Bryan thanks, but no thanks wasn’t Alex Miller‘s first moment of defiance. The Season 19 American Idol singer was a country favorite on the show. With his baby face, sturdy stature and strong voice, the teen seemed like an easy finalist, if not a winner.

What worked once for Scotty McCreery would surely work again, right?

We’ll never know. Miller refused to bend his traditional country sound toward the center, even after Bryan told him that’s what he needed to do to advance deep into the competition.

“I feel like I’m kind of a Matt Dillon when it comes to country music,” Miller says, referring to a character from the TV show Gunsmoke. “I do stick to my guns. I do what I enjoy musically. At the end of the day if you can’t get up and enjoy what you do, what’s the point in doing what you’re doing?”

Gunsmoke, it’s worth noting, wrapped a 20-year run on CBS in 1975, almost 30 years before Miller was born. A spin through his new Miller Time album leaves you feeling like he may have seen a few of those 400-plus episodes, though.

At a time when artists are jockeying to announce a ’90s country influence, the kid from Kentucky is reaching back to the 1950s and ’60s. In the video below, he performs “Free Born Man,” a bluegrass song recorded by Jimmy Martin in 1969. You’ll find it on Miller Time, too.

A reliance on older country influences requires an adherence to older country themes, something made difficult when you’re just 18 years old. “Through With You” from the new album mentions “clear,” but “That’s from the other songwriter’s perspective,” he says, laughing. Drinking songs are off the table for awhile, and tales of divorce and heartache are still many years away, as well.

“I don’t know a lot about life. I’m only 18,” Miller concedes, his annunciation and accent a mix of his central Kentucky raising and youthful enthusiasm, plus good manners. “The songs that I’ve written are ones that I’ve come up with on my own and felt personally, and I feel like as I grow I’ll delve into more dark things. But right now, it’s all fun and upbeat.”

“Girls Must Be Clumsy” is an example. “Girls must be clumsy, because they’re falling over me,” he sings. It’s an age-appropriate hook that is not cartoonish.

Give Miller credit — he has chosen a path that (for now) comes with a very narrow target, but he’s found ways to hit with a joyful mix of originals and cover songs. It helps that he can pick a little too, something he’ll show off on his preferred social media platform, TikTok.

“I went from — I kid you not — I salted cows everyday and you know, rake hay and this and that and the other. I went from that to going out in public and folks knowing me. That was a life-changing thing,” he says of life after the show.

The irony of it all is that it all almost didn’t happen. Miller recalls his mother’s worry when he told her he didn’t want to go to college after high school, and that he’d rather pursue music full time. She gave him the speech about how difficult of a life that would be, but he stuck to his guns. So, they struck a compromise.

“She said, ‘I tell you what, son. We’ll sign you up for American Idol and if things go well there, then I guess it’s meant to be. But if not, you’re going to school,'” Miller remembers.

That old school bell isn’t going to ring for him anytime soon.

These Artists Prove Traditional Country Is Alive and Well