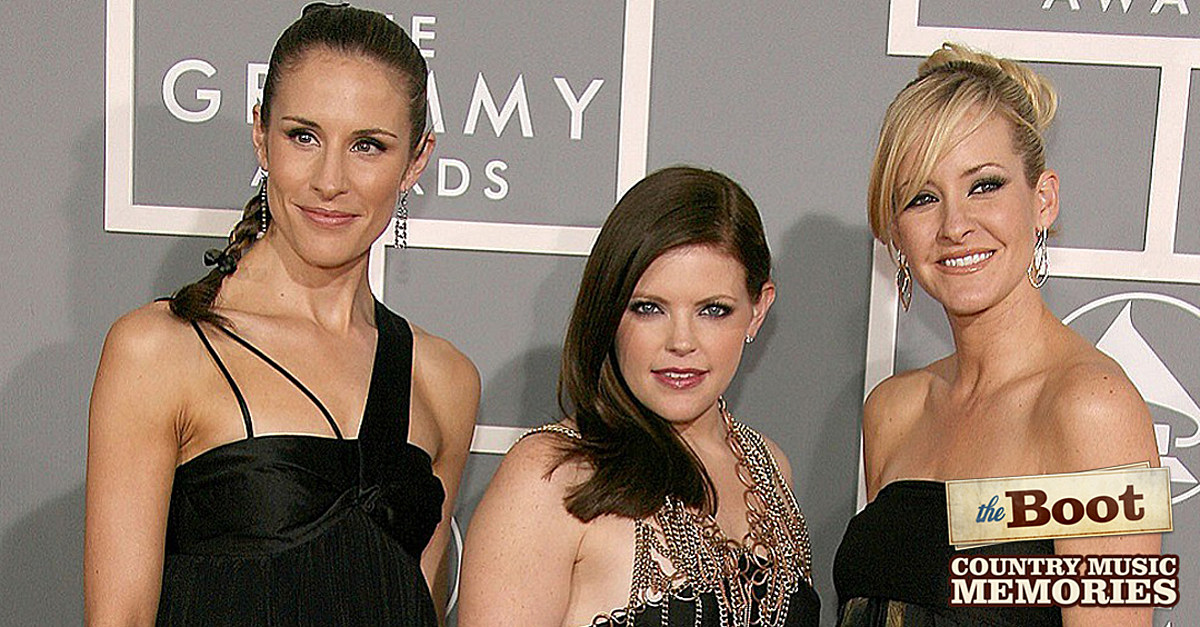 Twenty years ago today, on June 25, 2002, the Dixie Chicks – the trio now known as the Chicks, made up of Natalie Maines, Emily Robison (now Strayer) and Martie Maguire – achieved a career milestone that only a few country artists have. It was on that date that their sophomore studio record, Fly, was certified diamond, for sales of 10 million copies.

Fly, which was released on Aug. 31, 1999, includes the No. 1 singles “Cowboy, Take Me Away” and “Without You,” as well as the humorous tune “Goodbye Earl.” The latter song, certified gold, was successful in part because of its star-studded video, which features Dennis Franz, Jane Krakowski and Michael DeLuise.

Fly also includes the controversial “Sin Wagon,” a song that resulted in a lawsuit: The line “I’ll fly away on a sin wagon” allegedly samples the hymn “I’ll Fly Away,” written by Albert E. Brumley. Brumley’s family sued the Chicks and Sony for copyright infringement and sought $500,000 in damages, although the Chicks never publicly commented on the case.

Only one of the threesome’s albums has sold better than Fly: To date, the record that the Chicks released before Fly, 1998’s Wide Open Spaces, has sold more than 12 million copies, becoming the best-selling album of their career.

Fly was nominated for four Grammy Awards and took home two, for Best Country Album and Best Country Performance By a Duo or Group With Vocal, the latter for “Ready to Run.” Fly also won the ACM Awards’ and CMA Awards’ Album of the Year.

The Chicks released their record Home after Fly, in 2002, and started off strong: The debut single, “Long Time Gone,” landed in the Top 5, and the single that followed, ”Landslide,” became a No. 1 hit on the Adult Contemporary charts. But in early 2003, while performing in London as the United States was preparing to invade Iraq, Maines famously made a comment against then-President George W. Bush, and radio stations began boycotting the Chicks’ music, seriously harming their career.

“We don’t plan things that we’re going to say. And sometimes it backfires,” Maines tells ABC News. “We didn’t walk off the stage going, ‘Oh my God, I can’t believe I said that.'”