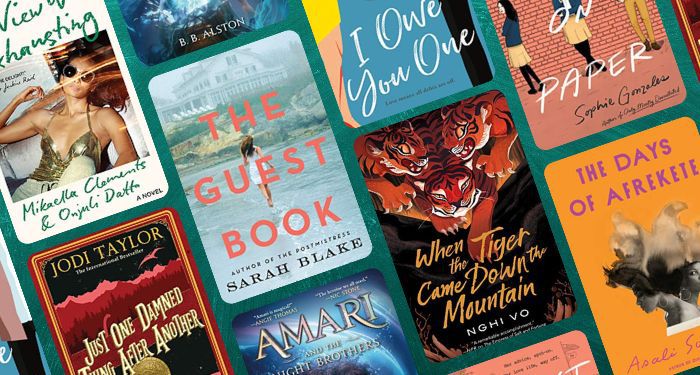 The Jasmine Throne by Tasha Suri for $2.99

You Know Me Well by Nina LaCour & David Levithan for $2.99

Hani and Ishu’s Guide to Fake Dating by Adiba Jaigirdar for $1.99

Goliath by Tochi Onyebuchi for $2.49

Enlightenment Now by Steven Pinker for $2.99

Lawn Boy by Jonathan Evison for $1.99

The Kids Are Gonna Ask by Gretchen Anthony for $2.99

An Emotion of Great Delight by Tahereh Mafi for $2.99

The Town of Babylon by Alejandro Varela for $2.99

World of Wonders by Aimee Nezhukumatathil for $1.99

The Ten Thousand Doors of January by Alix E. Harrow for $2.99

Chilling Effect by Valerie Valdes for $1.99

Everything I Never Told You by Celeste Ng for $1.99

Time’s Convert by Deborah Harkness for $1.99

Queen of the Conquered by Kacen Callender for $4.99

When Brooklyn Was Queer by Hugh Ryan for $2.99

Punching the Air by Ibi Zoboi and Yusef Salaam for $1.99

Leah on the Offbeat by Becky Albertalli for $1.99

A Sitting in St. James by Rita Williams-Garcia for $2.99