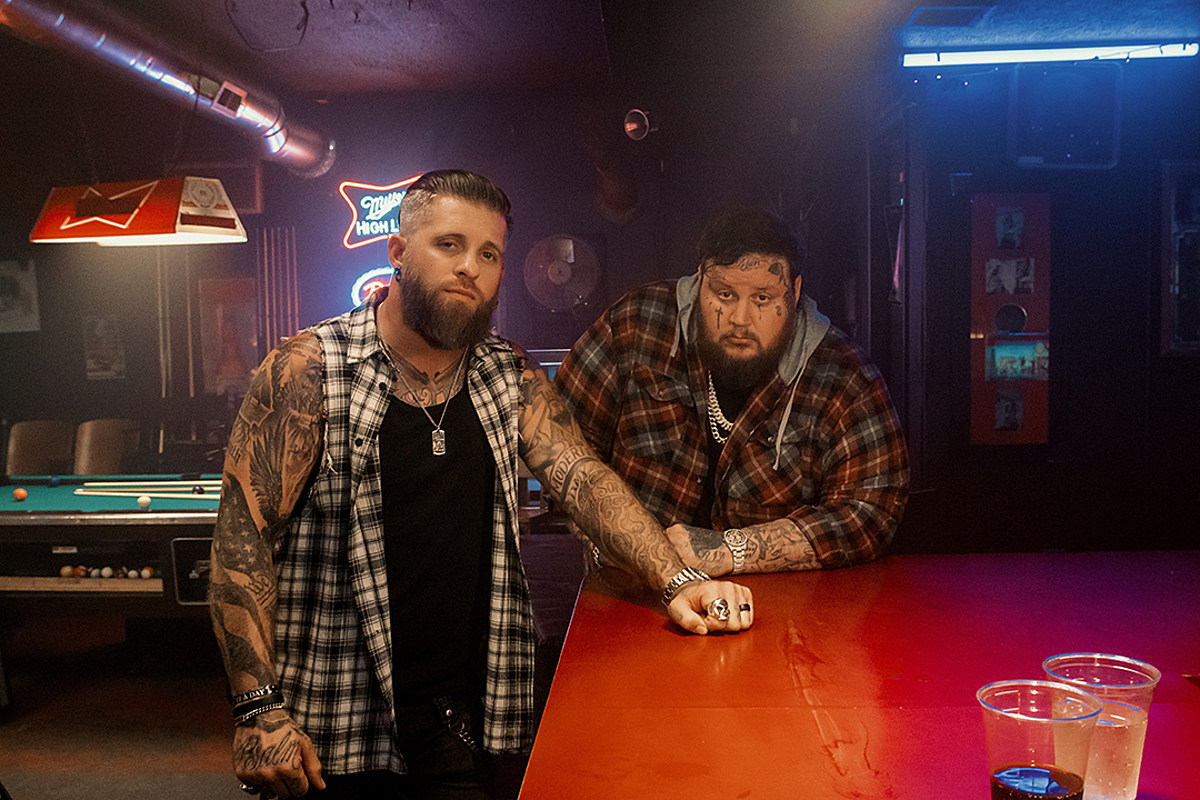 Jelly Roll kicks off the song, immediately greeting listeners by rapping about some of the important elements of the country lifestyle, such as “Gravy, biscuits, fried chicken.” Backed by quick beats and a hint of electric guitar, he continues to praise the blue-collar life before he hands the tune over to Gilbert, who lets loose on the rowdy chorus detailing the characteristics of a “Son of the Dirty South.”

“I’m a hell raisin’ rebel that you better never tread on / Gun-totin’, drinkin’, smokin’ hoss that you can bet on / Tatted up, I’m gassed up / I’m throwed off and I’m buck wild / Loud and rowdy, I’m a son of the dirty south,” Gilbert sings in the chorus.

The song is truly a mix of country rock and hip-hop, as the heavy electric guitars of the chorus transition back to beats in the verses. Jelly Roll returns in the second verse to sing about his upbringing as a mix of “Hank, Three 6 and Kid Rock” (referencing Hank Williams and hip-hop group Three 6 Mafia).

Gilbert makes one final statement in the bridge, singing, “We stand for the flag and kneel to pray / It’s the land of the free because of the brave / From the cradle to the grave.”

“Son of the Dirty South” was co-written by Gilbert, Jelly Roll (who goes by his real name, Jason Bradley DeFord in the credits) and Andrew Baylis.

“I had a blast working on this one with Jelly,” Gilbert says of the collaboration. “We’ve been itching to write together for a while now, and we had a lot of fun putting it together. You don’t always get to record a song with your co-writers, so to hop in the studio with him too was a real treat.”

The release of the song follows news of their five-date Son of the Dirty South Tour, which they announced in early May.

“Brantley is already one of my favorite artists, and we got to write this song together and release it to the fans ahead of our tour starting,” says Jelly Roll. “I really can’t wait to get out on that stage with Brantley and perform it live this summer. Get ready.”

Gilbert and Jelly Roll also premiered the official music video for the song on Facebook on Friday. The video finds the artists living out the country life by having a mudding party in a field and hanging out in a bar. The song is Gilbert’s latest in the string of collaborations. He and Jason Aldean teamed up for “Rolex on a Redneck” in March of 2022, and he joined Hardy and Toby Keith in June of 2021 for “The Worst Country Song of All Time.”

See the Top 50 Country Duets of All Time!