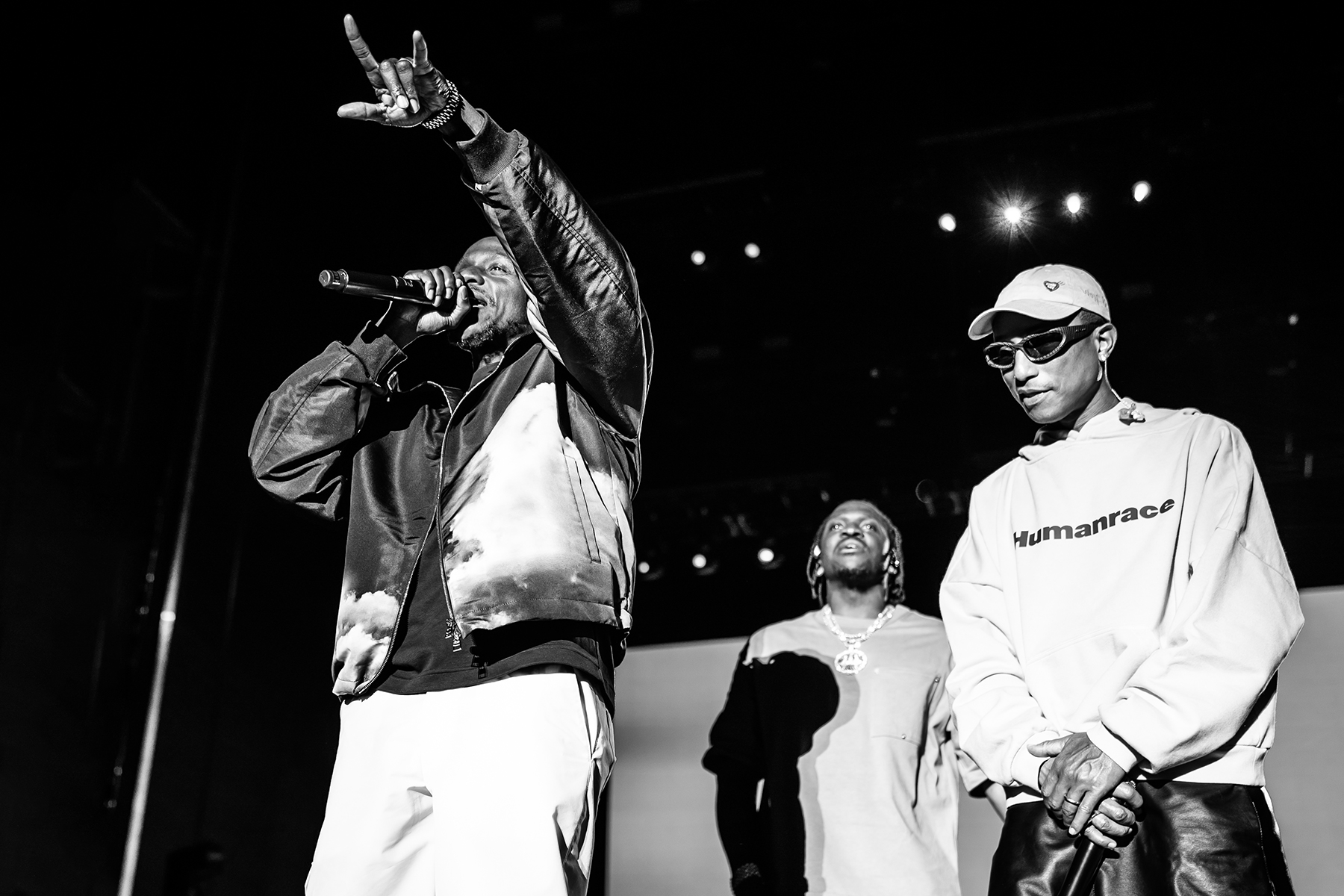 As promised, Pharrell Williams delivered an all-star headlining set Saturday night at his Something in the Water fest in D.C., with the Neptunes producer bringing out Justin Timberlake, T.I., N.O.R.E. and the much-anticipated reunion of Clipse.

The set served as a greatest hits of the Neptunes’ and Williams’ best productions, with Williams performing snippets of his contributions on tracks like Snoop Dogg’s “Drop It Like It’s Hot,” “Frontin’,” Jay-Z’s “Excuse Me Miss” and Nelly’s “Hot in Herre.”

However, it was the “Phriends” portion of the headlining set that was the main event, with Pharrell first brining out N.O.R.E. to perform “Superthug” and “Nothin’.” Later, T.I. — who was originally supposed to have his own set Friday before he was folded into the Phriends showcase — came out to play a handful of hits that included “What You Know,” “Swagga Like Us,” and “Live Your Life.”

Next out was Timberlake, who performed “My Love” with T.I., “Sexy Back,” as well as three Neptunes-guided hits, “Senorita,” “Rock Your Body,” and “Like I Love You,” the latter of which brought out the reunited Clipse duo of Pusha T and No Malice for their guest verse.

Clipse remained onstage to perform their songs together for the first time in nearly 12 years: The duo opened with “Mr. Me Too,” followed by “What Happened to That Boy,” “Cot Damn” and their first single “Grindin’.”

Williams closed out the all-star showcase by performing his Grammy-winning Daft Punk hit “Get Lucky,” albeit without that defunct robot duo.

Jessica Matten of Dark Winds Is Ready to Lead the First Indigenous Superhero Movie
‘The Black Phone’ Fleshes Out a Lean and Mean Tale: Comparing the Short Story and the Movie
‘The Shining’ Actor Joe Turkel Has Passed Away at 94
Turns Out Evan Rachel Wood Knew About That Westworld Character’s Return for Years
Our Favourite July Birthstone Jewellery