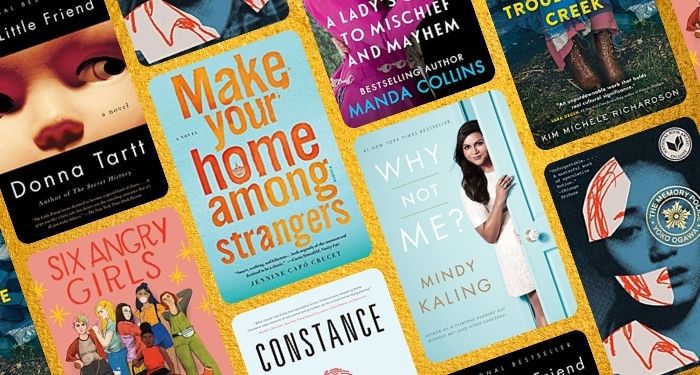 Middlegame by Seanan McGuire for $2.99

The Water Dancer by Ta-Nehisi Coates for $4.99

Here We Are: Feminism for the Real World by Kelly Jensen for $1.99

The Care and Feeding of Ravenously Hungry Girls by Anissa Gray for $4.99

The Japanese Lover by Isabel Allende for $1.99

Jackaby by William Ritter for $1.99

Aru Shah and the End of Time by Roshani Chokshi for $.99

Small World by Jonathan Evison for $5.99

Witches Steeped in Gold by Ciannon Smart for $1.99

The Neapolitan Novels Boxed Set by Elena Ferrante for $3.99

Beartown by Fredrik Backman for $2.99

The Chicken Sisters by KJ Dell’Antonia for $1.99

The Lost City of the Monkey God by Douglas Preston for $2.99

The Widows of Malabar Hill by Sujata Massey for $1.99

Bitterblue by Kristin Cashore for $2.99

A Duke by Default: Reluctant Royals by Alyssa Cole for $1.99

The Fire Next Time by James Baldwin for $1.99

In Cold Blood by Truman Capote for $1.99

Confessions of a Bookseller by Shaun Bythell for $2.99