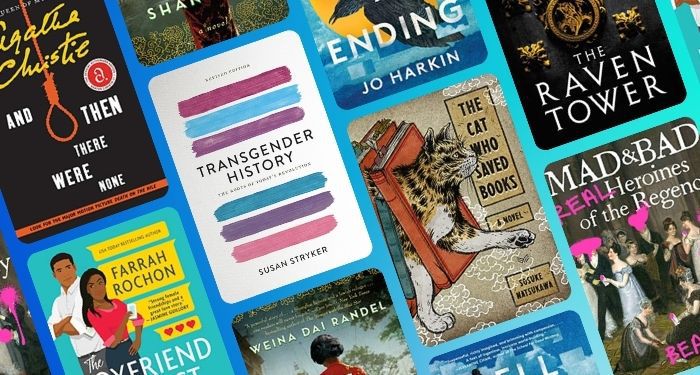 Imaginary Friend by Stephen Chbosky for $2.99

In the Country We Love by Diane Guerrero for $2.99

These Witches Don’t Burn by Isabel Sterling for $2.99

Brown Girl in the Ring by Nalo Hopkinson for $1.99

The 100-Year-Old Man Who Climbed Out the Window and Disappeared by Jonas Jonasson for $2.99

The Flight Attendant by Chris Bohjalian for $1.99

Daughter of Smoke and Bone by Laini Taylor for $2.99

Verity by Colleen Hoover for $5.99

One Good Turn by Kate Atkinson for $2.99

Two Rogues Make a Right by Cat Sebastian for $1.99

Afterland by Lauren Beukes for $3.99

The Jasmine Throne by Tasha Suri for $2.99

Let’s Explore Diabetes with Owls by David Sedaris for $3.99

The House at Riverton by Kate Morton for $1.99

How the Penguins Saved Veronica by Hazel Prior for $1.99

The Less People Know About Us: A Mystery of Betrayal, Family Secrets, and Stolen Identity by Axton Betz-Hamilton for $1.99

Fifty Words for Rain by Asha Lemmie for $2.99

The Soulmate Equation by Christina Lauren for $1.99

Enter the Bizarre World of ‘Lorelei and The Laser Eyes’ Next Year on Switch and PC [Trailer]
‘The Pope’s Exorcist’: Russell Crowe Starring in Horror Movie from ‘Overlord’ Director
These 16 Skorts Will Be Trending All Summer Long: Free People, Lululemon, Alo, and More
Han Just Got Reunited With His Tokyo Drift Car While Fast X Films, And It’s Like No Time Has Passed At All
See Adele Return to the Stage for First Public Concert in 5 Years