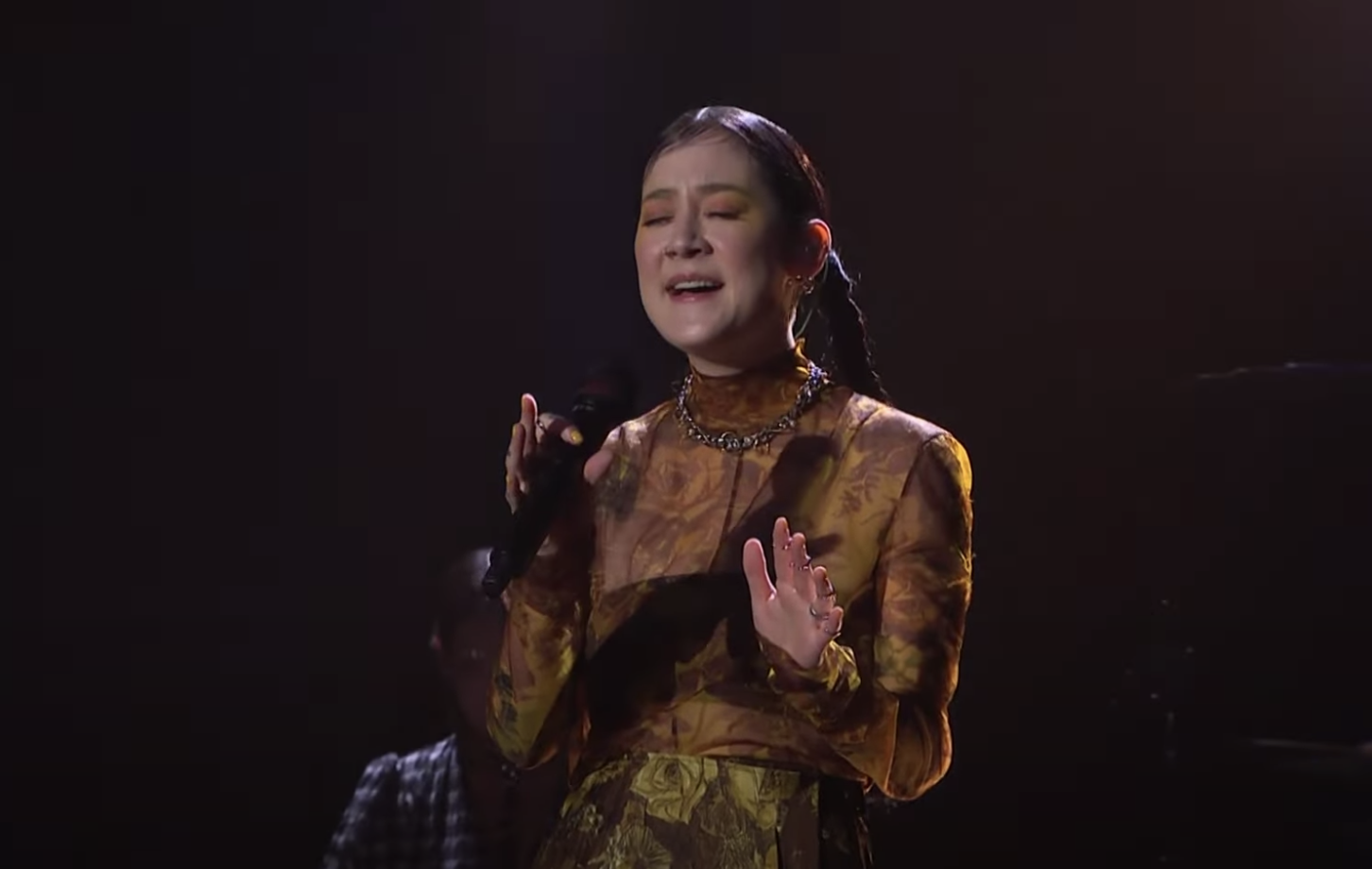 Japanese Breakfast stopped by The Late Late Show to perform their song “Slide Tackle” with the help of a horns section. Appearing with a live band, singer Michelle Zauner gave the tune a hopeful, atmospheric vibe.

Zauner also joined host James Corden, who is back on the air after a bout with Covid-19, for a chat at the late night show’s bar. The pair discussed Japanese Breakfast’s Grammy nominations, which include a nod for Best New Artist, as well as how the group’s newfound fame has impacted Zauner’s life.

“I used to work at a venue called Union Transfer, at the coat check,” Zauner recounted to Corden, referring to the Philadelphia concert venue. “And I recently sold out five nights at Union Transfer.”

“Slide Tackle” is features on Japanese Breakfast’s most recent album, 2021’s Jubilee, which arrived on the heels of Zauner’s critically acclaimed memoir, Crying in H Mart. Last August, the group released “Glider,” a track from the soundtrack to the video game Sable, and dropped a surprise EP in October as part of Spotify’s Live at Electric Lady series.

Japanese Breakfast is nominated for two Grammys. The awards ceremony was recently rescheduled for April 3 in Las Vegas.